Samsung's foldable premium smartphone, Galaxy Fold, is priced at Rs 164,999 (Rs 1.65 lakh) in India. There is a lot you get in this device, but is it worth the money? Find out in my full review. It’s been long since the foldable displays were imagined to get a real-world implementation, and with Samsung Galaxy Fold, it became a reality in 2019. From a prototype stage to the actual commercial release, the Galaxy Fold took a lot of time to reach consumer markets. The initial screen defects got it further delayed to almost the end of the year. That said, Samsung finally released its first foldable smartphone in India last month in style. The response was so overwhelming, that the first 1,600 units reportedly sold out in just 30 minutes of pre-booking time in the country. Also Read - Samsung Galaxy S11 battery details out; S11e may sport a 3,730mAh battery

Samsung’s foldable premium smartphone is priced at Rs 164,999 (Rs 1.65 lakh) in India. It only comes in one variant with 12GB RAM and 512GB internal storage. The company is providing ‘Galaxy Fold Premier Service’ with the device, which includes one-on-one assistance with a Fold Concierge and one-year accidental damage protection along with one-time free screen replacement. Consumers will also get free wireless ‘Galaxy Buds’ earphones in the retail box. The handset will only be available in Cosmos Black color option in India, which I also got to use, and here’s my full review. Also Read - Samsung Smart TVs to lose Netflix by the end of December 2019: Here is why

There is no doubt that Galaxy Fold’s design is among the most innovative at present for any smartphone available across the globe. The phone offers two displays – one folding 7.3-inch display and the second candy bar standard 4.6-inch Super AMOLED glass panel on the outside screen. Samsung has used Infinity Flex plastic OLED display for the inner screen, which unfolds to a bigger tablet like experience. Also Read - Samsung Galaxy S9, Galaxy S9+ get November security patch with fix for a critical vulnerability While a lot of us can relate the Galaxy Fold’s form factor to the design of the old Nokia Communicator, but there is one big innovation that needs special mention, and it’s the 20-part dual-axis hinge design and the magnetic lock. Samsung has perfected the hinge so well that the transformation from phone to tablet feels pretty smooth, and the snap-sound of the magnetic lock feels music to ears. Unlike the Huawei Mate X out-fold design, the Samsung Galaxy Fold opens like a book. It folds inwards to covert from a tablet-like device to a candy bar phone or vice-versa. In terms of specifications, the Galaxy Fold sports a tiny 4.6-inch Super AMOLED HD+ display on the outside. The big screen which unfolds like a tablet is a 7.3-inch Infinity Flex Dynamic AMOLED screen. It offers QXGA+ (1536×2152 pixels) resolution and 4.2:3 aspect ratio. Some of other design highlights of the Galaxy Fold is its six cameras. You’ll find a triple camera setup (vertically aligned) at the back. Then there is one camera above the front tiny display for videos and selfies. On the inner screen, there are two front-facing cameras in the top right corner.

Samsung Galaxy Fold essentially tries to offer two device experiences in one. For someone who needs a big tablet-like screen, but wants it to carry in the pocket like a smartphone, then the Galaxy Fold does just that. I really like the overall idea of the Galaxy Fold, but then since its the first generation of such technology, it does come at a high cost. During my review time, I used the Galaxy Fold as a primary device for about four days. As far as multitasking is concerned, the ‘App Continuity’ is something I loved. The app experience of shifting from outer display to the big tablet mode was largely perfect in my usage time. Most of the time, I just wanted to do that for fun. Like watching a video on YouTube or reading an article on the tiny display first and then move to the big screen for a visual treat. I also want to highlight the sound experience in the tablet mode. It was a real treat for binge-watching. That said, carrying the Galaxy Fold around in my jeans pocket was not convenient at all. The phone felt heavy, bulky, and it is oddly-shaped to fit in your pants pocket. Also, I fear that the center crease on the folding display will get prominent overtime. I could see that during my review time, but since I didn’t keep the phone for long, it is still hard to comment on it. I had also mentioned similar concerns during my first impressions as well, but that time the crease was barely noticeable. That said, the crease mark does exist but you won’t notice unless the screen is OFF.

The performance part in the Galaxy Fold is nothing to worry about. It is as powerful as the most premium Samsung Galaxy device you can get in 2019. Under the hood, Samsung Galaxy Fold gets the hardware from Galaxy Note 10. It ships with Samsung’s latest 7nm octa-core Exynos 9825 processor in the Indian market, whereas certain global markets have it with Qualcomm Snapdragon 855. The company is only offering 12GB of RAM variant in India. It comes with 512GB UFS 3.0 internal storage. Coming to the primary triple camera performance, the setup can click some great quality pictures in the daylight and well-lit conditions, but struggles in low-light and dark situations. The setup includes a 16-megapixel primary lens with a 12-megapixel secondary wide-angle camera, and a 12-megapixel telephoto lens, just like the Galaxy Note 10 or the Galaxy S10. In the tablet mode, you get a dual front-facing camera with a 10-megapixel primary sensor and an 8-megapixel RGB depth camera. There is also one single 10-megapixel camera above the outer display when you fold the phone. Here are some of the camera samples (slideshow). 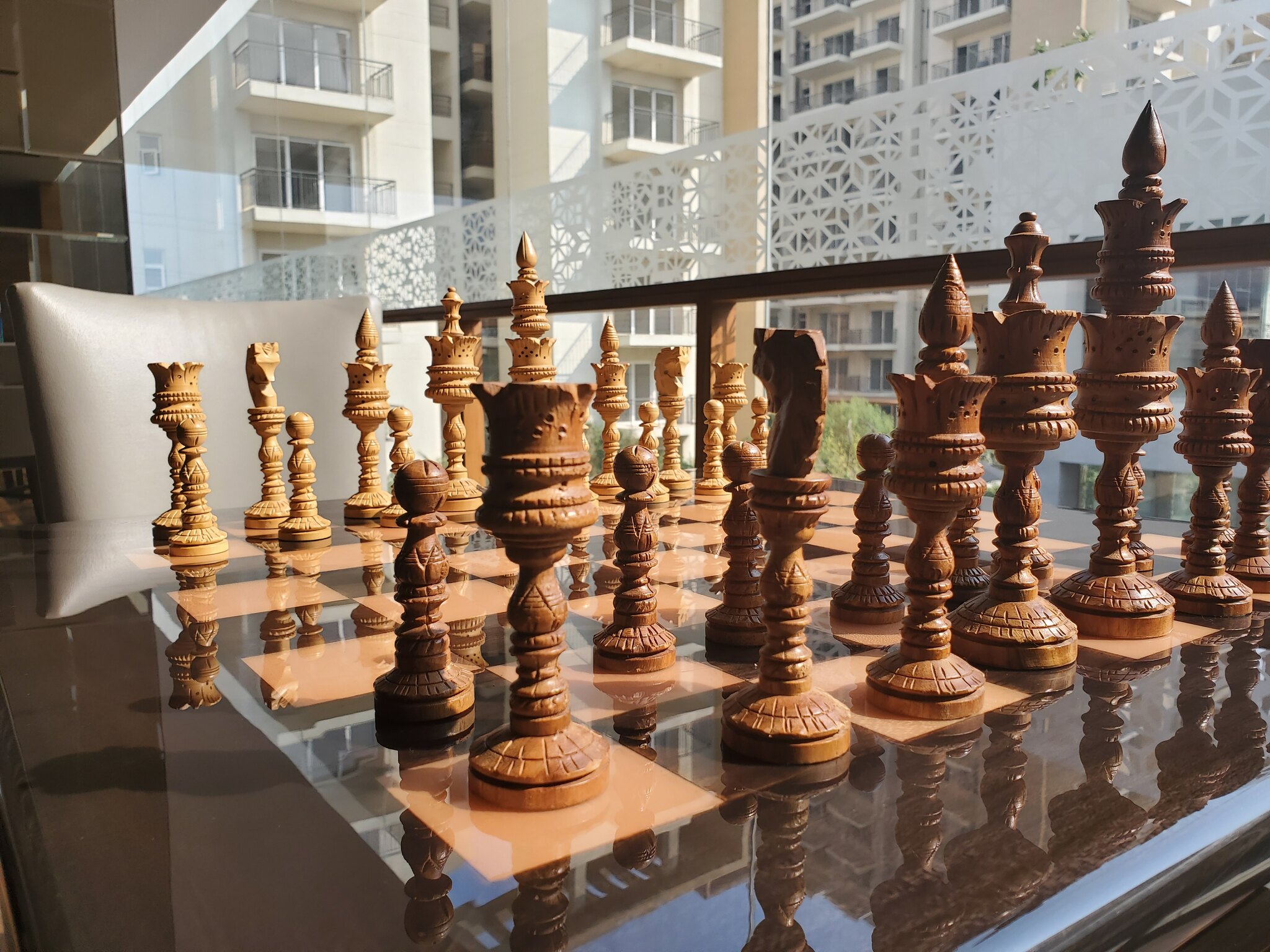 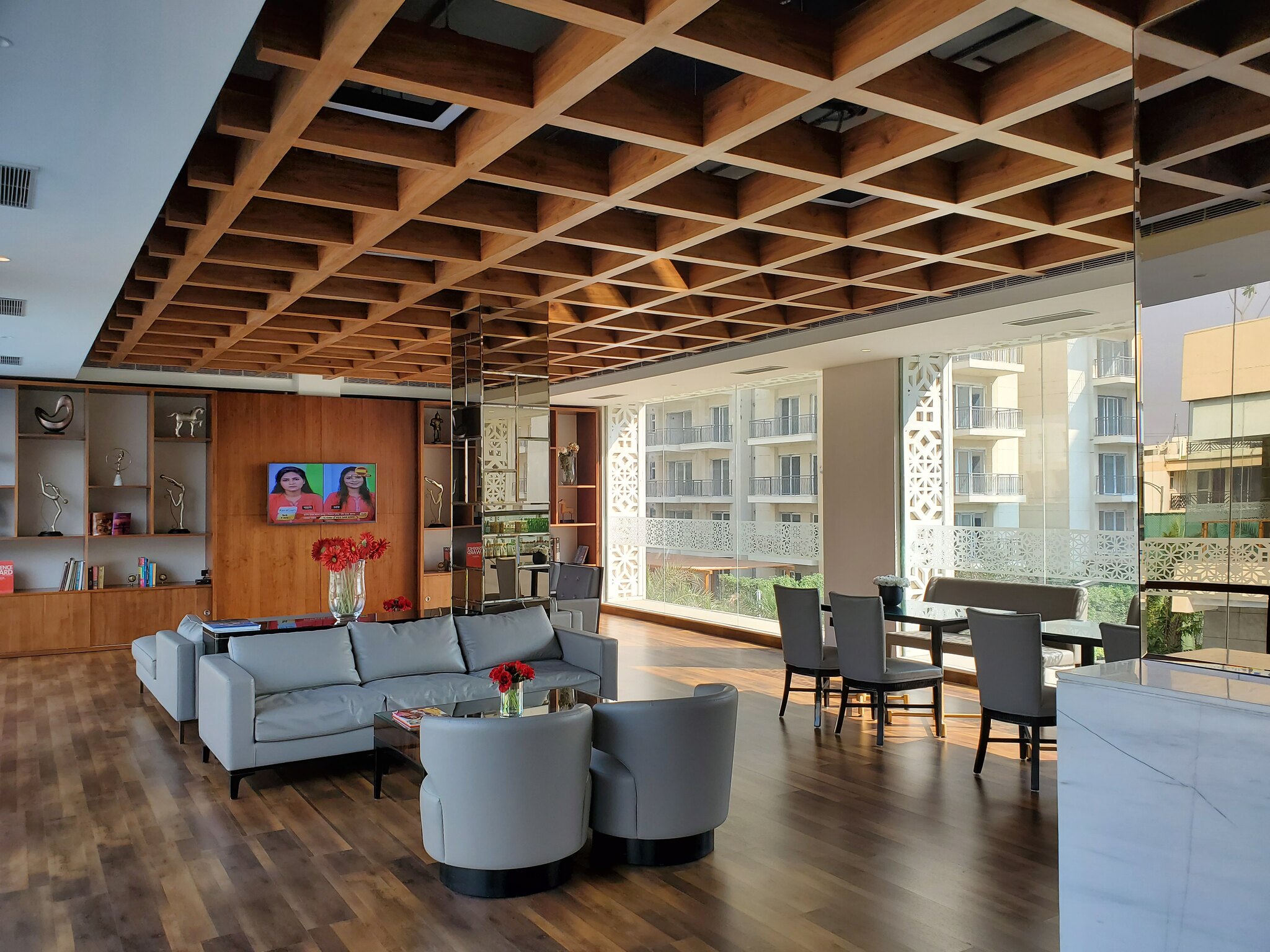 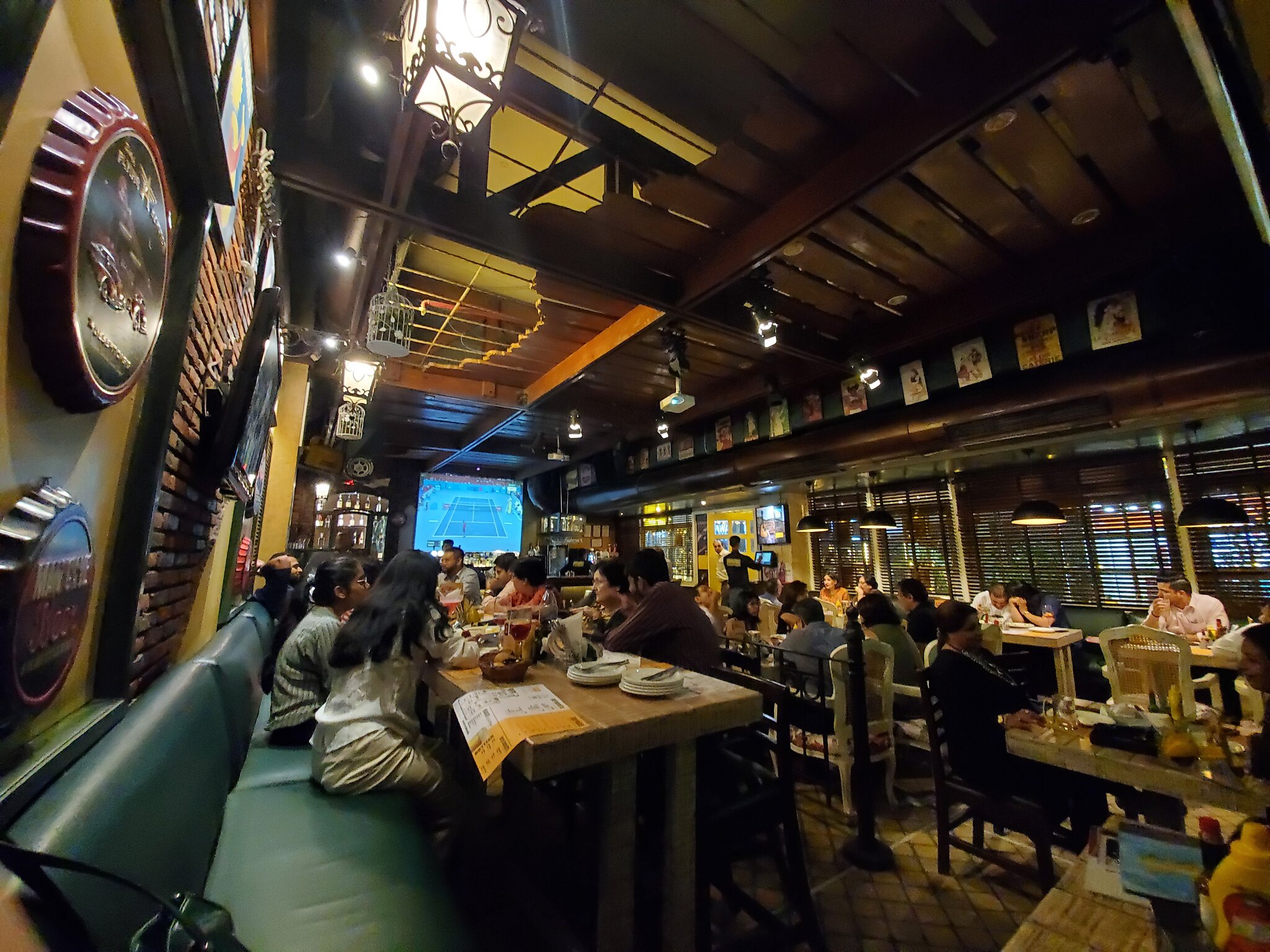 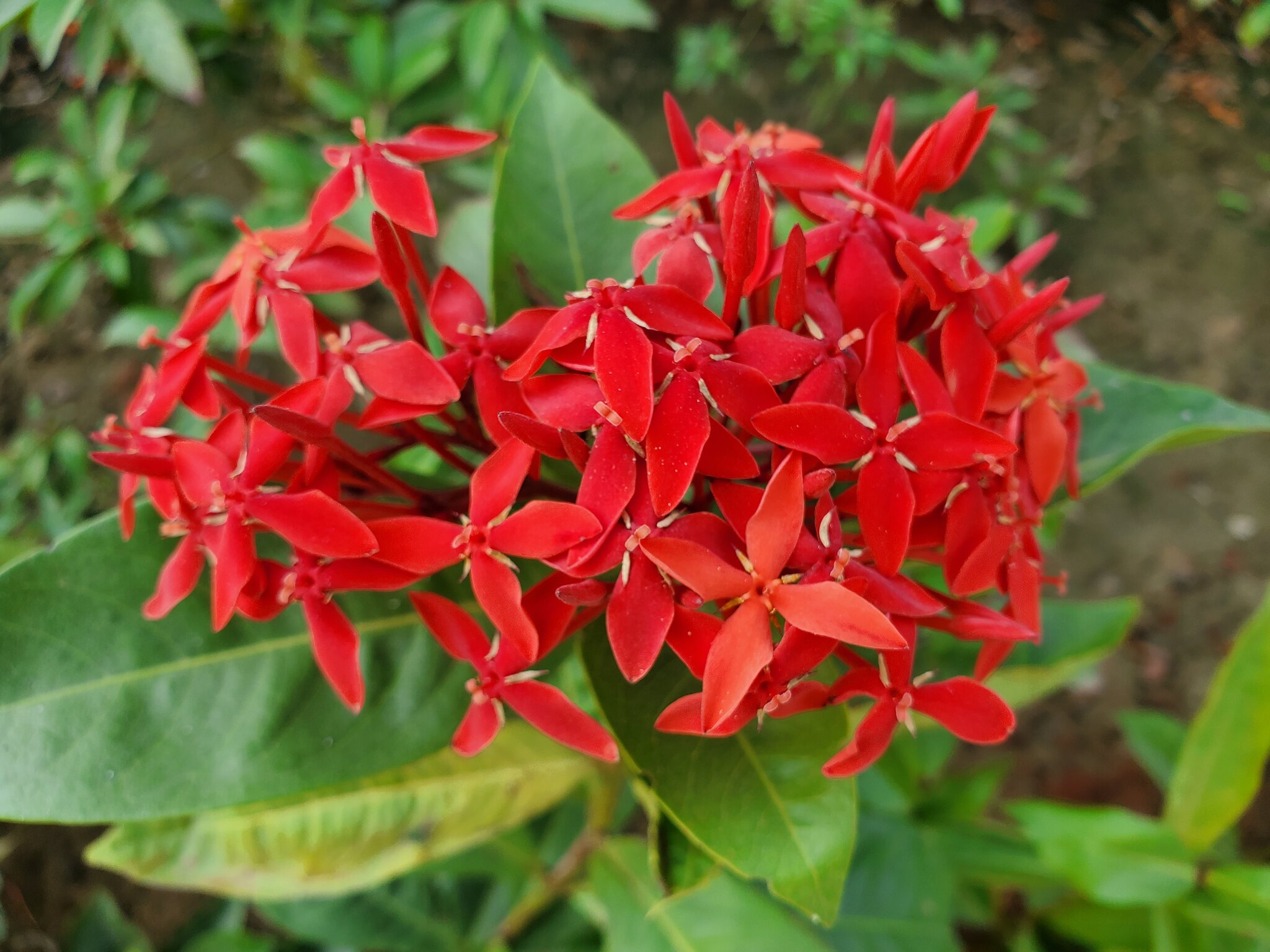 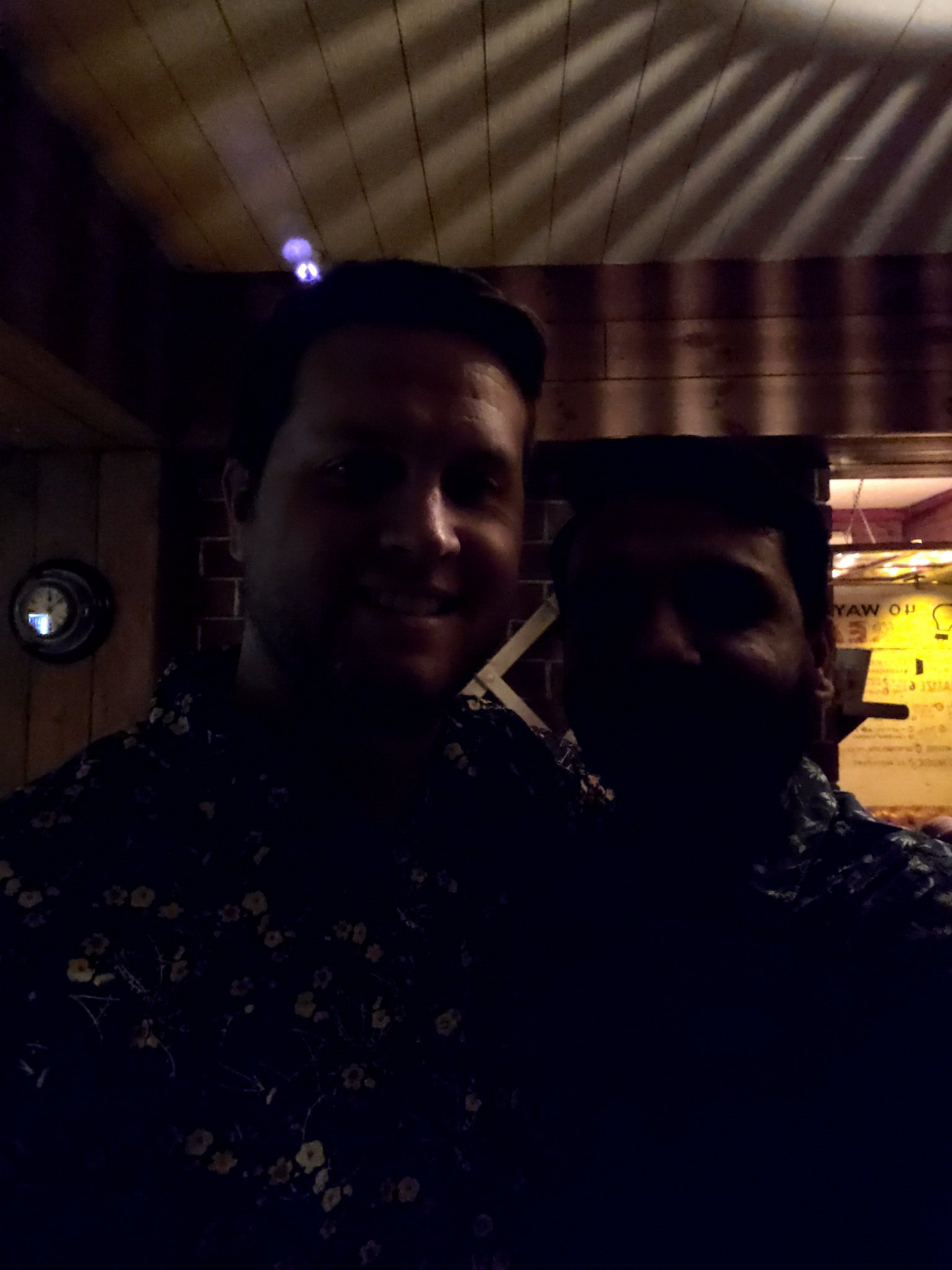 Verdict: Should you buy?, or say, Who should buy?

First things first, Samsung Galaxy Fold is a premium luxury smartphone that is not for the masses. It comes at a hefty price tag, which means the target consumer market is very niche. Samsung initially planned to sell about 1,600 units in India, but after the overwhelming response, the company had to ship in more units in the country. So the good part is, there is a consumer for such premium product, and Samsung can encash the market by being the only manufacturer in India at present. Coming to what I think of the device, is that the practical use of the Galaxy Fold is very little. It does offer a big-screen experience but managing it as your primary phone is difficult in my opinion. Especially when you are going to carry it around in your pockets every day. The phone is quite solid to hold, but then it is still delicate when it comes to the plastic Flex display. I feel, the Galaxy Fold is still a start for the folding smartphones (if at all, these will become standard), and there is more to come in the future. With more technological advancements, it is likely that folding smartphone might get practical or maybe affordable in the future. In case, you are looking to purchase the Samsung Galaxy Fold over an iPhone 11 Pro Max, then you should not do that. But if you don’t mind spending money, then Samsung Galaxy Fold is definitely one of the collector’s item that one can keep because of its novelty factor.