The Galaxy M21 successor offers a few upgrades over the M20, but is it worth buying? Check our full review to find out. Samsung’s Galaxy M series has added a lot of options for the Indian consumers in last one year. Continuing the trend, the online-focused Galaxy M series now has one more refresh called the Samsung Galaxy M21. Samsung launched the device in March, but unfortunately due to lockdown we couldn’t get our hands on the device back then. It comes in two configuration models of 4GB RAM+ 64GB internal storage and 6GB RAM + 128GB internal storage. I’ve been using the 4GB RAM variant from quite sometime now, and here’s my Samsung Galaxy M21 review. Also Read - Realme Smart TV full-HD 43-inch Review: Falls short on expectations

The design of Galaxy M21 is much reminiscent of the Galaxy M30s. I got the blue color variant, which boasts of glossy polycarbonate back. What I really liked about the device is that it feels pretty lightweight despite carrying a massive 6,000mAh battery. Samsung has kept the weight down to 188 grams and the thickness at 8.9mm. I didn’t feel the need to having a back case on this, neither Samsung has provided one in the box, which means you’ll have to buy it separately. All you get in the box is a 15W charger, USB Type-C cable and some documentation with SIM ejector pin (see box contents below). Also Read - Realme Narzo 10 Review: Expanding options in the budget segment Coming to the front, it features an Infinity-U (waterdrop-notch) display. It is an AMOLED panel of 6.4-inch size and offers full-HD+ (1080×2340 pixels) resolution. This quality of this panel is amazing and I found this thing to be consistent in almost all Samsung phones. The viewing angles, contrast and brightness levels are at par with any premium phone. The only drawback is that it has an old generation glass protection , which is Corning Gorilla Glass 3. But other than that, I found everything else about the display to be great. Under the hood, the M21 packs Samsung’s own octa-core Exynos 9611 SoC which I feel is a little old for the year 2020. Having said that, it is still a capable processor for daily users and PUBG Mobile lovers. You will not have problems with the average multitasking, but might see occasional hiccups during heavy usage. I would have personally liked the new generation chipset, but it seems the company’s decision based on the price range, since they had to include a 6,000mAh battery with the device. Also, you get an option of getting the same device with 6GB of LPDDR4x RAM. My review unit had 4GB of RAM and 64GB of internal storage. The other variant offers 6GB RAM + 128GB storage option. Users will have the option of microSD card expansion up to 512GB. The SIM tray located on the left side of the device carries triple slot. It means you can put in two Nano-SIM cards and a microSD card at the same time.

The Samsung Galaxy M21 features a triple rear camera setup for capturing photos and recording videos. It includes the same set of sensors that you’d see on Galaxy M30s. It carries a primary 48-megapixel lens with an 8-megapixel sensor carrying an 123-degree ultra-wide-angle lens and a 5-megapixel depth sensor. A little change is in the front selfie camera, it’s been bumped to 20-megapixel, instead of the 16-megapixel seen on the M30s. I had reviewed the M30s last year in October, and found the camera performance to be “average for its price and competition.” Now almost six months after, the M21 also feels the same. In the daylight condition, this setup excels with oversaturated colors, good sharpness and a great amount of detailing. The low-light and night photography is still a weak point, but overall the nigh mode has improved a bit. That said, this camera setup is for users who are not much into photography. It is mostly an average camera just because the competition is so fierce in this price segment. There is no way I can compare it to the likes of Realme 6 Pro or Redmi Note 9 Pro smartphones. You can check out the camera samples below (slideshow). 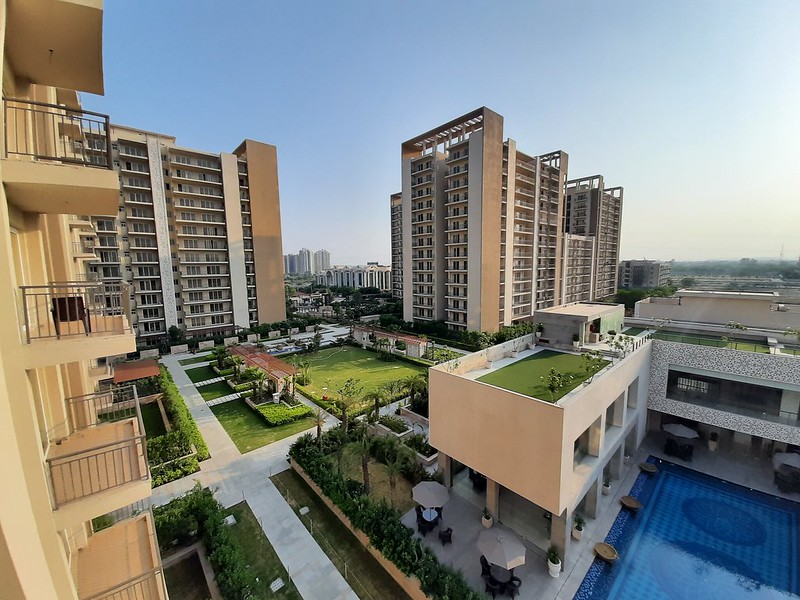 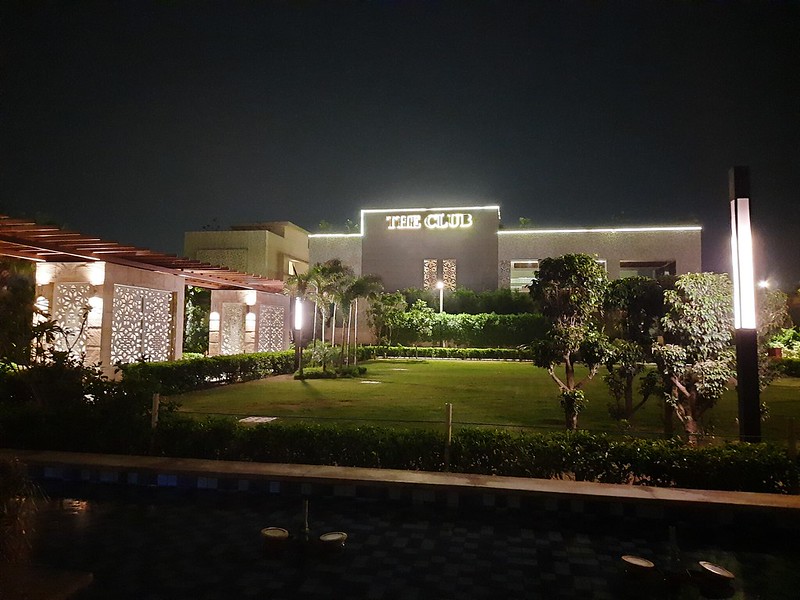 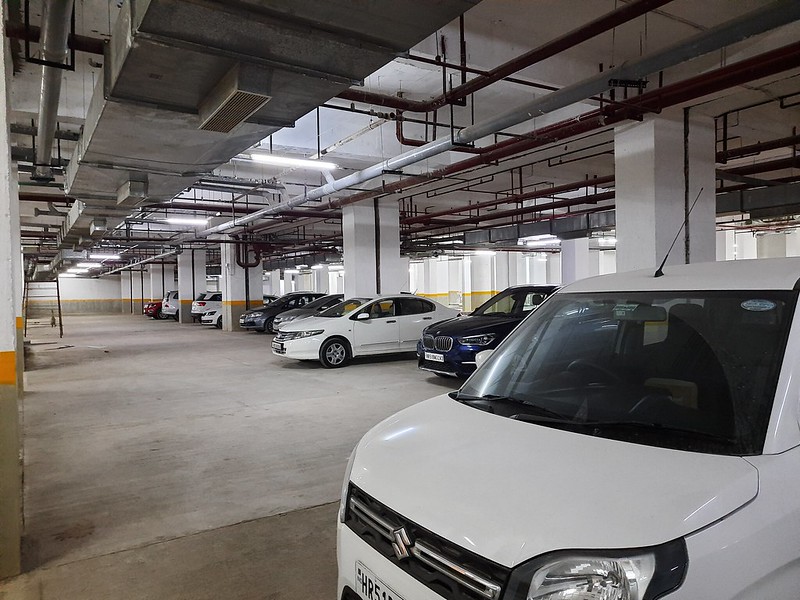 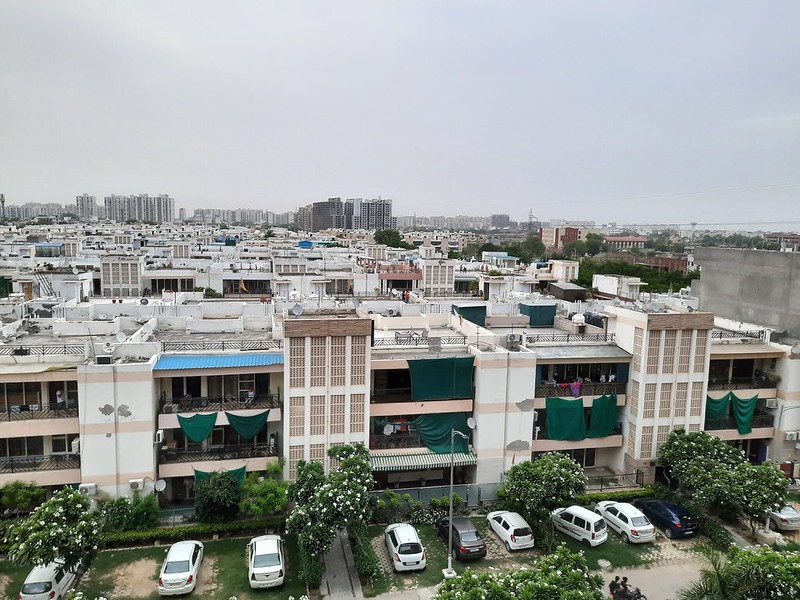 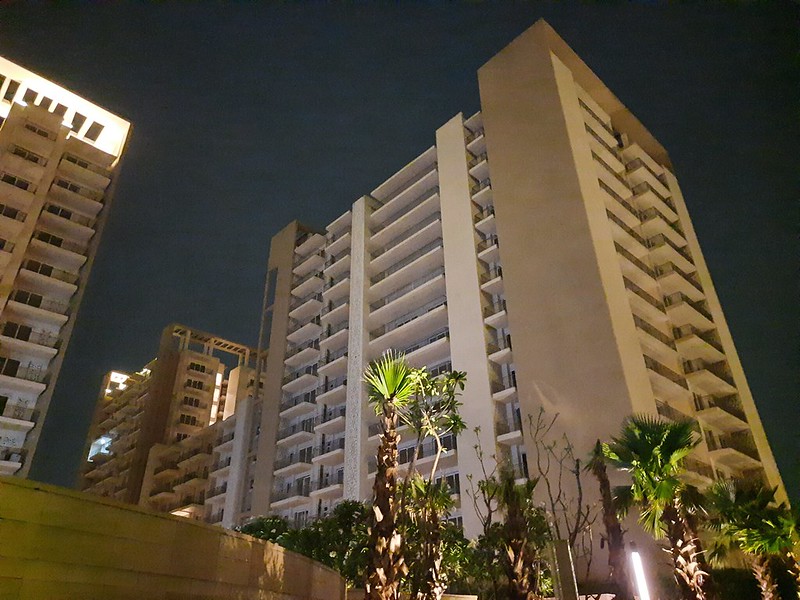 Just like the Galaxy M30s and Galaxy M31, this new Samsung Galaxy M21 also packs a massive 6,000mAh battery. It is the biggest highlight of this smartphone and probably the best thing as well. I feel this should be a new standard for all the smartphone companies. The battery back up is so amazing that It made me forget my charger for almost two days. I am not actively going out these days, so the battery output is comparatively better than my office going days. Otherwise, it would have lasted me about 1.5 days. Since I am also working from home just like everyone else, I am not using my smartphone for Google Maps, but there is a lot of social media apps and video watching. Hence, considering that, it is one of the best you can get for the price. Samsung has slightly improved on the charging speed, and the phone’s 6,000mAh battery could now fully charge in about 2 hours 40 minutes. However, do not expect insane fast charging, as this would probably go from 0 to 24 percent in about 15 minutes.

In my opinion, the Samsung Galaxy M21 is for those who are looking for a smartphone with big battery and do not care about the Chinese competition smartphones from the popular brands like Realme and Xiaomi. Those competitive device perform much better than the M21 and there is no doubt about it. But that said, my 4GB review unit of the M21 did a pretty decent job for an average user. The overall software experience was great, but the only thing was that the camera was a bit underwhelming. I feel Samsung may improve this a bit more with future software updates, but we are not sure of it.

Overall, this Galaxy M21 smartphone is a decent package like the Galaxy M30s. The good part is that you can buy it at a lower price than the M30s. It is meant for an average user with budget constraints. So you can definitely buy it if you are looking to purchase a device for the daily usage and have big battery as a priority.