Should you consider the Samsung Galaxy M31s while searching for a mid-range smartphone? Does it offer value for money? Find out in our review. Samsung has been expanding its popular M-series line-up at a rapid pace. M-series smartphones have connected with the masses and have helped revitalize Samsung’s presence in the sub Rs 20,000 smartphone market. The Samsung Galaxy M31s is the most expensive model in the series yet and features impressive specifications on paper. The Galaxy M31s improves upon the Galaxy M31 with an Infinity-O display, better cameras, and 25W fast charging support. Also Read - Samsung claims Galaxy Note 20 pre-booking notifications hit 5 lakh in India

Key features of the Samsung Galaxy M31s include a 6,000mAh battery, a full HD+ Super AMOLED display, and a quad-camera setup at the back. Samsung has launched the smartphone in two variants. There’s a base model with 6GB RAM and 128GB storage priced at Rs. 19,499. Also on offer is a higher-end model with 8GB RAM and 128GB storage at Rs. 21,499. We have spent the past two weeks with Samsung’s answer to the likes of Xiaomi Redmi Note 9 Pro Max, Realme X3, and Redmi K20. Is it worth your hard-earned money? Let’s find out. Also Read - Android phones can now detect and warn of earthquakes anywhere, except for China

The Samsung Galaxy M31s is powered by Samsung’s own Exynos 9611 SoC paired with either 6GB or 8GB RAM. The 128GB internal storage can be expanded via a microSD card. The dual-SIM smartphone has a dedicated microSD card slot, which is a handy feature to have. Onboard is a 6,000mAh battery with support for 25W fast charging. Also Read - Samsung Galaxy Note 20 Mystic Blue colour variant launched in India

The smartphone comes with Android 10 out of the box, with Samsung’s highly customised OneUI 2.1 on top. Connectivity options on the smartphone include dual 4G LTE, dual-band Wi-Fi 802.11ac, Bluetooth 5, GPS/ A-GPS, GLONASS, and USB Type-C. The Galaxy M40, which was the last M-series phone to occupy a similar price point, received some criticism for the lack of a headphone jack. This time around, Samsung has equipped the M31s with the legacy audio port.

The Samsung Galaxy M31s has a plastic back panel with a glossy glass-like finish. It looks sleek but is a huge fingerprint magnet. The gradient finish on the back, which is a first for the M-series, also adds to the sleekness. The phone is a bit too tall to be used easily with one-hand but does sit well in the palm of the hand thanks to its gently rounded corners. It is also a bit chunky thanks to the 6,000mAh battery on board. However, as you will read below, the added battery life is well worth the heft.

There’s an Infinity-O display up front, which is Samsung speak for a display with a hole punch rather than a notch. The side-mounted fingerprint sensor on the M31s is quite snappy but the reliability leaves a bit to be desired. The physical size of the sensor is also quite small which exacerbates the issue. Overall, the fingerprint sensor is better than the iffy in-display sensors found in many mid-range smartphones but cannot match the best physical implementations out there. It can also be used to show the notification shade with a downward swipe, which is quite useful.

The 6.5-inch Full HD+ Super AMOLED display has a maximum brightness of 420 Nits and an aspect ratio of 20:9. As expected from a Samsung AMOLED panel, colors are punchy and vivid. Maximum brightness is adequate and as a result, sunlight legibility is above average. The minimum brightness, however, is not low enough to read comfortably at night. Viewing angles though are top-notch. All in all, the display is great for the price the Samsung Galaxy M31s retails for and should leave very few wanting.

While the Exynos 9611 SoC is not the fastest chipset around, the Samsung Galaxy M31s handles day-to-day use quite well. It tackled almost everything we threw at it – from mundane daily tasks like browsing the web with multiple tabs open and using social media apps, to slightly heavier workloads like editing documents and images and taking dozens of photos and videos. Heavier applications do take some time to open, but not irritatingly so.

Games like Asphalt 9 and Real Racing 3 ran without a hitch but slightly heavier games like Call of Duty: Mobile needed their settings turned down slightly. The phone also got slightly hot during long gaming sessions. The 6GB RAM present in our review unit kept most apps in memory but did tend to kill off heavier apps with time. We conducted some synthetic benchmarks as well for people who love the numbers. The Samsung Galaxy M31s scored 344 in the single-core test and 1235 in the multi-core CPU test in the Geekbench 5 benchmark.

The software situation is a far cry from the dreaded TouchWiz days. OneUI is very smooth, easy to use, and feature-packed. The settings are laid out intuitively, gestures are slick and easy to use, and the animations are smooth. Features like Dual Messenger, which lets you use two accounts with social media apps, One Handed Mode, and Device Care, which optimizes your storage and provides virus scanning via McAfee also add the overall experience.

Everything is not rosy though. There is a fair amount of bloatware on the Galaxy M31s. Apart from the usual set of Google applications, OneDrive, Microsoft Office, Outlook, LinkedIn, Snapchat, Facebook, Netflix, and Dailyhunt come pre-installed. On top of all that, Samsung has a few redundant applications onboard such as My Galaxy, Samsung Galaxy, and Samsung Shop. My Galaxy, in particular, is quite bothersome as it keeps pushing multiple notifications throughout the day.

The setup process is also quite tricky. You are prompted to install several new applications whilst setting up the smartphone. Despite our best efforts to uncheck every such notification, apps like RummyCircle, Ace2Three Rummy Plus and Adda52 Poker got installed on the device. On a positive note, Samsung has really stepped up its software update game as of late, with even budget M-series devices receiving regular security updates. Our Samsung Galaxy M31s review unit got the July update a few days into the review process.

Samsung’s promotional hashtag for Galaxy M31s, #MonsterShot, gives us a hint at the company’s confidence in its camera capabilities. On paper, the hardware looks decent. There is a quad-camera setup at the back that allows for the capture of super slow-motion video at 480fps as well as video in 4K. The setup consists of a 64-megapixel primary camera with the Sony IMX682 sensor, a 12-megapixel ultra-wide sensor, a 5-megapixel macro lens, and a 5-megapixel depth sensor. The 32-megapixel selfie camera can also record 4K video as well as slow-motion video.

In a nutshell, the performance of the primary 64-megapixel camera is excellent for the price. Daylight shots look detailed and punchy. In typical Samsung fashion, colors are quite oversaturated. Night Mode pulls in a lot of light and the noise level is also thankfully kept under control. There is a caveat though. You have to keep the camera quite still otherwise blur creeps in. Shots taken at night in standard mode are also above average. Shutter lag is also minimal and autofocus is mostly fast but does slow down whilst taking multiple shots back-to-back. The primary sensor can also shoot videos in 4K resolution. Videos have an adequate amount of detail and the electronic stabilization helps keep things relatively smooth. Quality does take a slight dip at night though.

Both the macro lens and ultra-wide lens offer decent images in well-lit situations but struggle once the light goes down. The ultra-wide sensor also has a rather noticeable fish-eye effect. The selfie sensor performs similarly, capturing crisp and punchy photos in adequate light but producing noisy and blocky images at night. The depth sensor does a decent job but the edge detection is not perfect. Check out the camera samples below: 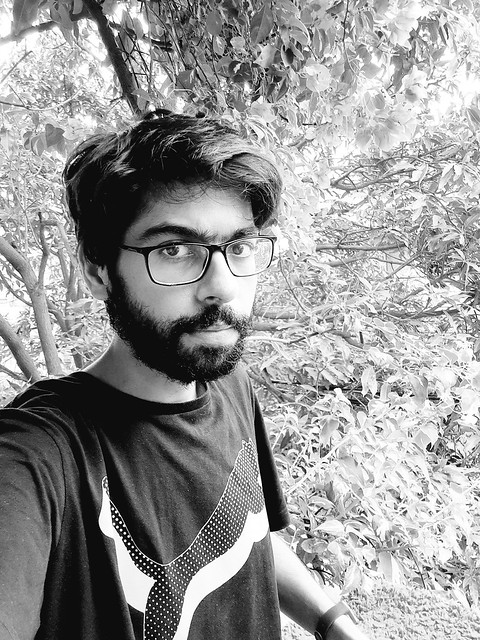 There are a ton of features in the Samsung Galaxy M31s camera application, the most interesting of which is the Single Take mode. From a single 10-second video clip, this mode creates multiple images and videos. Examples include a black and white image, a sepia-toned image, a 3-second boomerang video, and a 3-second timelapse video. This mode is a lot of fun and is perfect for today’s social media world. Other features include super slow-motion video which works well, provided light is adequate and Night Hyperlapse, which allows for the capture of hyperlapse video in low-light conditions.

In short, the battery life of the Samsung Galaxy M31s is simply stellar. The 6,000mAh battery powers through a 12-hour day with medium to heavy use with ease. We routinely had around 40 per cent left in the tank at the end of the day. Light users can realistically achieve two days on a single charge, which is impressive.

In addition to Android’s Adaptive Power Saving feature, OneUI has two battery saver modes. Medium power saving turns off the Always On Display, blocks apps from using data or location in the background, and limits CPU speed to 70 per cent. Maximum power saving takes things a step further by applying a simplified home screen and decreasing brightness by 10 per cent. The bundled 25W fast charger charges took just an hour to take the phone from 41 per cent to 100 per cent.

The Samsung Galaxy M31s offers stellar value for money and is arguably the best M-series smartphone yet. The phone has a great primary camera, fantastic battery life, a crisp and vivid display, capable performance, and good build quality. The dedicated microSD card slot and 3.5mm headphone jack only add to the smartphone’s appeal. The only chink in the Galaxy M31’s armour is the amount of bloat on board and the incessant pop-ups pushing users to download new applications. The macro lens and ultra-wide camera are also quite average. However, these issues are not huge deal-breakers. The Galaxy M31s is a great package overall and Samsung surely has a winner on their hands.