5G is the current buzz of the town. Even if you don’t want to buy a phone with it, you might end up getting lured. It is safely a part of many phones these days, especially the budget ones. So, how could Samsung not make one? As a result, we got ourselves the Galaxy M42, which is also the company’s first affordable 5G device in India. Also Read - Top 5 phones with Qualcomm Snapdragon 888 SoC: Asus ROG Phone 5, iQOO 7, OnePlus 9RT, more

5G kept aside, the phone appears to be the one that is capable of assisting you: An ambitious Qualcomm Snapdragon 750G chip, the Samsung cameras and display, and a big battery try to prove the point. So, has Samsung given us a decent choice? Let’s find out. Also Read - Phones launching next week: Pixel 6 series, Samsung Galaxy S21 FE, Motorola Edge S, more

The Galaxy M42 5G isn’t an extraordinary phone! It doesn’t go for what Xiaomi and Realme are trying to offer and instead sticks to a simple design. But, it tries to compensate for the dull design it has introduced in 2021. Hence, a dual-tone texture, which when placed at the right angle, creates a rainbow design. Some sparkle to make us not dislike the phone. This can be liked for those seeking simplicity with some fanciness. Also Read - Phones launched last week: Realme GT Neo 2, Moto E40, OnePlus 9RT, and more The device goes for the “glasstic” chassis, which while ensuring a decent build quality, gives us a lightweight phone. This is something that is always likeable.

But, there’s one thing that acts as a bit of a turn-off. The phone is always seen attracting fingerprints and there is a frequent need for wiping the back panel off. You might want to keep a cloth handy. This can be solved with the use of a case. Sadly, you will have to buy one as there isn’t a freebie in the box. I wish Samsung tries to include the cases at least with its budget/mid-range offerings since Xiaomi and Realme still follow this. The Galaxy M42 5G is a decently-built phone, which can have many takers. But, some ‘extraordinary’ would have been good!

The 6.6-inch display is big enough for a comfortable viewing experience but the notch can’t help but stick out like a sore thumb. Maybe, the waterdrop notch takers won’t feel so. The gleeful moment over here is the Super AMOLED screen, which Samsung has always done right. But, this is sadly coupled with an HD+ screen resolution that leaves a void in the whole viewing experience. I am not sure why Samsung chose this but this is a compromise it could have gone without, considering Xiaomi and Realme are doing enough to beat Samsung at its own game. Plus, gamers and those looking for big numbers can feel disappointed as the phone sticks to the traditional 60Hz refresh rate.

The display supports an in-display fingerprint scanner, which is an aim to keep the tech alive in the budget to mid-range options. The fingerprint sensor is decently snappy, except it won’t unlock the phone with a simple touch: you would need to press it. This doesn’t feel like a problem as it feels extra secure.

The phone has four rear cameras but instead of participating in the current megapixel war, it sticks to a composition we have been seeing for a while now: a 48-megapixel main camera, an 8-megapixel ultra-wide lens, a 5-megapixel depth sensor, and a 5-megapixel macro camera. The front camera is rated at 20-megapixel. The phone clicks good photos, especially in good lighting. The pictures are detailed. This is topped with a dollop of vividness and you will find yourself with some appealing photos, especially of the greenery around! The ultra-wide lens is able to give a pretty wide view but it often gets a bit stretched. The good thing is that the colour reproduction and details are as good as the main camera. There’s support for up to 10X zoom. This helps in capturing a distant object but be prepared for some graininess, which is directly proportional to the level of zoom.

If you are still into this, the Portrait mode creates a nice bokeh effect with a decent subject separation. The macro camera, more often than not, tries to capture detailed and colourful pictures. You get to adjust the brightness levels. But, it still needs some more work to match up with the Xiaomi Redmi Note 10 Pro Max’s macro lens that gives some amazing shots. 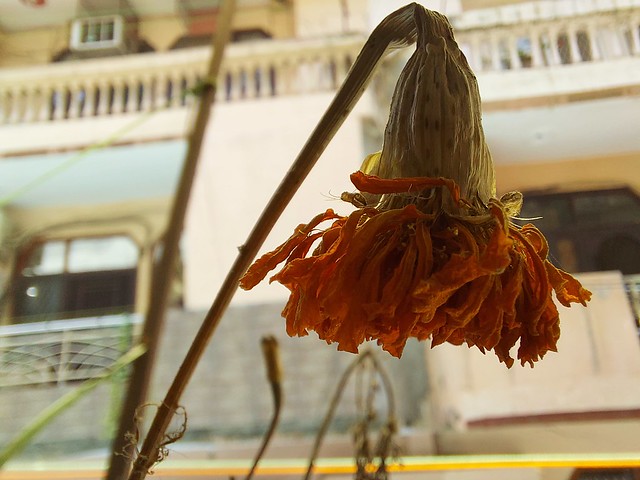 The 20-megapixel selfie snapper is pretty good though. The photos taken are detailed and try to be near the natural colour space. These are the results that would certainly be selected when you are choosing an image for your Instagram, at least I would!

As for the videos, the phone can record in 4K at 30fps. The output is bright and detailed. You can use the ultra-wide lens and up to 10X zoom, which will result in compromised details, though. The lack of OIS makes the output shaky, more so when you are recording a video in a moving car.

The phone gets a Qualcomm Snapdragon 750G chip, which is found in the Xiaomi Mi 10i and the Motorola Moto G 5G, both of which have been decent performers. Hence, I was expecting the same with the Samsung phone. And, this was proven. My usage, which involved some calling, messaging, watching videos, clicking photos, playing games, and looking for numerous answers on the web, is well managed. The phone allows for a smooth ride. But, there are minor speed breakers during the journey that make the phone stutter a bit.

Gaming was decent too. I tried my hands at a variety of games this time. From light games like Brain Test, Bubble Shooter and Who Is? To Call of Duty: Mobile (at high graphics and high frame rate), the phone ensures decent gameplay without taking a toll on the battery life. For CoD, there wasn’t any heating either or any significant battery drop. There is a 5,000mAh battery, which is big enough for a day’s usage. This can be easily increased to a day and a half if your usage scale drops a bit. But, here’s another compromise! Samsung has added a 15W fast charging, which requires an hour and 45 minutes for the phone to fully charge. This is clearly not fast enough when compared to phones by rivals like Xiaomi and Realme that are continuing to excel in the department.

Samsung One UI 3.1 based on Android 11 has been neat and clean without much difficulty. But, the OS feels quite bloated, thanks to a number of pre-installed apps that I haven’t witnessed during my previous Samsung experiences. You get a number of Indian short video sharing apps, gaming apps, and more in addition to the Samsung apps. While the existing presence of Netflix and Facebook feels right, I moved most of the other apps to the ‘uninstall’ list. That said, this is always subjective and for those who need apps like Josh, Candy Crush Saga on their devices, it shan’t be a problem.

Among others, the audio quality is decent but the presence of a single speaker limits the audio output in terms of volume levels.

The Samsung Galaxy M42 is yet another affordable 5G phone that further hypes the 5G trend up. This phone is a decent enough option that brings along good cameras, performance and looks. However, besides the promise of the future, it is more humdrum than phones like the Xiaomi Redmi Note 10 Pro Max, Realme 8 5G, and even Xiaomi Mi 10i. The delivery of the Samsung-standard display and much faster charging would have added some life to the phone. With the competition reaching new heights, Samsung needs to devise a way of standing out. Maybe, try introducing features like water resistance or more that aren’t currently found in budget phones!

The phone is good but if you are looking to spend somewhere around Rs 20,000, there are fancier options on the menu.