With the Galaxy S10e, Samsung has delivered a compact flagship that users had been asking for years. But just how good is it compared to the other Galaxy S10 models? Samsung launched three flagship smartphones in the Galaxy S10-series this year. The Galaxy S10e, which is compact and most affordable of the lot, is undoubtedly the most interesting one. Today, where OEMs are looking to offer smartphones with bigger displays, it s commendable that Samsung is also catering to users who that are looking for a compact smartphone. Here, the e in Galaxy S10e could be considered as essentials. Also Read - Samsung Galaxy M32 brings 90hz display, 6000mAh battery under Rs 15,000 in India

Well, you get a top-of-the-line chipset, dual rear cameras, an edge-to-edge display with punch hole selfie snapper, wireless charging and reverse charging features. What it misses out on is the in-display fingerprint scanner, higher-resolution display, and the third camera at the back. And it s understandable considering these features are reserved for the more premium models. So, as the Galaxy S10e nearly shares the same internals and features as the Galaxy S10 and Galaxy S10+, does it make for a good purchase? Read on to know more. Also Read - Galaxy S21 FE to support 25W charging but will Samsung put it in the box?

Design-wise, the Galaxy S10e features a metal frame with rounded corners, making it easier to grip. The frame is sandwiched with front and back glass. And yes, the glass is slippery, but as the phone is compact, it becomes easier to grip. Up front, you have a 5.8-inch full HD+ Dynamic AMOLED display with a resolution of 1080x2280pixels, and 19:9 aspect ratio. The screen is extremely bright under direct sunlight, making the text easily readable. Otherwise, the viewing angles are good, and color reproduction is excellent. There ain t any notch, but a punch-hole selfie snapper is on the top right corner of the screen. Also, unlike the other to Galaxy S10 models where you have dual edge curved display, the S10e has a flat screen, and tiny black borders are visible along the sides. As there is no notch, the forehead is extremely thin, and the earpiece is placed along the top, which is unnoticeable unless you tilt the phone in an angle to find it. As mentioned above, the back is made from glass, which enables wireless charging and reverse wireless charging. The top half has horizontally placed dual cameras with an LED flash. Being an affordable smartphone, Samsung has cut some corners, like it has done away with the heart rate sensor on the Galaxy S10e, while it is still available on the other two models. Talking about port placement, the volume rocker is on the left, along with the useless Bixby button, and the power button is on the right, which also doubles as a fingerprint scanner (more on that later). At the bottom, you have a 3.5mm audio jack, speaker grill and USB Type-C port, whereas the microSD and SIM card slot is placed on the top. The Galaxy S10e runs on Android 9 Pie OS with One UI custom skin on top. I have already spoken about it in my Galaxy S10+ review. The experience is fluid, be it using daily apps like WhatsApp, Facebook, Twitter, or internet surfing on Chrome or any other browser. Even with a few apps open in the background the phone did not show any signs of stutter while multi-tasking. Inside display settings, there is an option to hide the punch-hole camera, but it just adds a black bar on the top half. While I m fine with it, the problem is that it also shifts the notification panel down, which makes the entire top half unusable, thus reducing the screen real-estate. For a couple of days, the punch-hole may look as an obstruction, but you ll get used to it.

Talking about performance, the combination of 8nm Exynos 9820 SoC with 6GB RAM is powerful enough to handle the load you throw at it. Be it using multiple apps in the background, or playing graphics intensive games such as PUBG or Fortnite, the Galaxy S10e will surprise you with the butter smooth experience. Even after playing PUBG on high-settings for over 25 minutes, the back of the smartphone just got slightly warm. Unlike the Galaxy S10, you don t get the fancy triple camera setup here. But, Samsung has ensured you get the best from what is there. The dual camera setup includes a 12-megapixel primary sensor with dual aperture lens (f/1.5-f/2.4) with OIS, and the secondary 16-megapixel sensor with ultra wide-angle-lens (field of view of 123-degrees). Talking about quality, it s similar to what we have seen on the Galaxy S10+. Day-light photos turn out to be great, with ample amount of details, and the sensor is able to capture accurate colors too. The ultra-wide-angle photos also look good, with a negligible amount of barrel distortion noticeable along the corners. Though I wish Samsung had added auto-focus to the ultra-wide-angle camera, could have been better. Even close-up shots look good with ample amount of details. 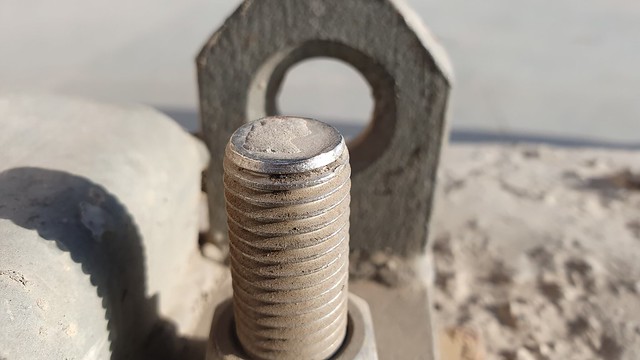 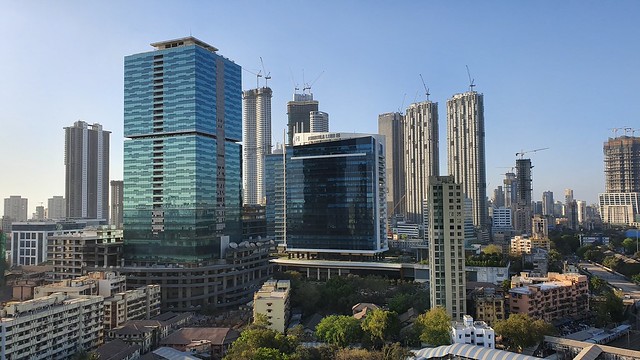 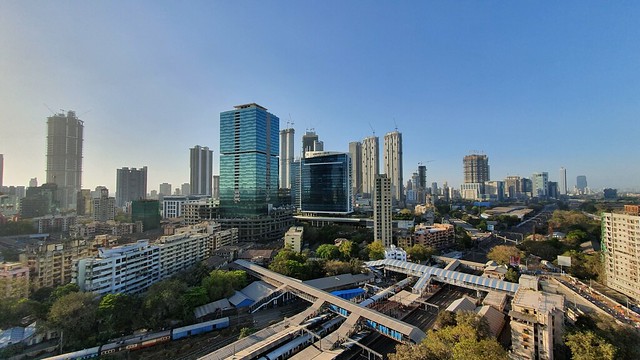 Low-light photos also turn out to be good with enough details, and graininess is barely visible. There is a super low-light-mode (of sorts), just like Night Sight on Pixel 3, but you cannot manually activate it. The feature is AI based, and only when there is too much of darkness, it gets triggered. But then again, the quality isn t up to the mark. I also shot low-light photos using the ultra-wide-angle lens, but they don t look that great. Firstly, there is no auto-focus, and secondly, photos have some graininess, but that shouldn t be a big problem as such. 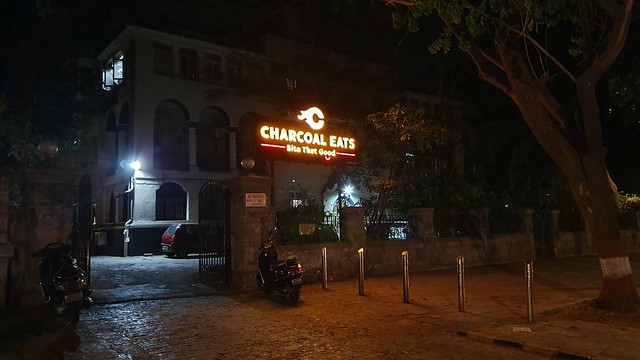 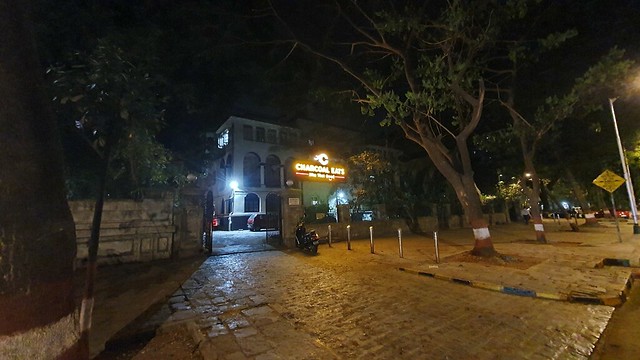 The cameras also support portrait mode, and it uses AI and auto-focus to measure depth and add background blur. Just like the Galaxy S10 and S10+, there are some cool effects too, like spin, zoom and color point, and they work well. The edge detection is also pretty good. 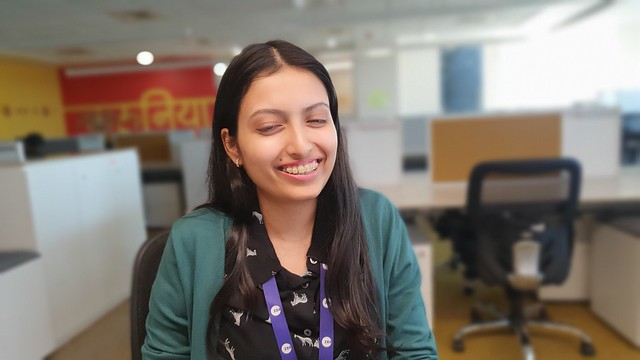 Up front, you get a 10-megapixel selfie snapper with support for 4K UHD video recording, and there is auto-focus as well. Selfies look good, both indoors and outdoors, with ample amount of details, and it is able to capture accurate skin tones too. The camera also supports portrait mode, and selfies shot using this mode look good too. The edge detection is handled well, and you actually don t need a second camera for depth effects. 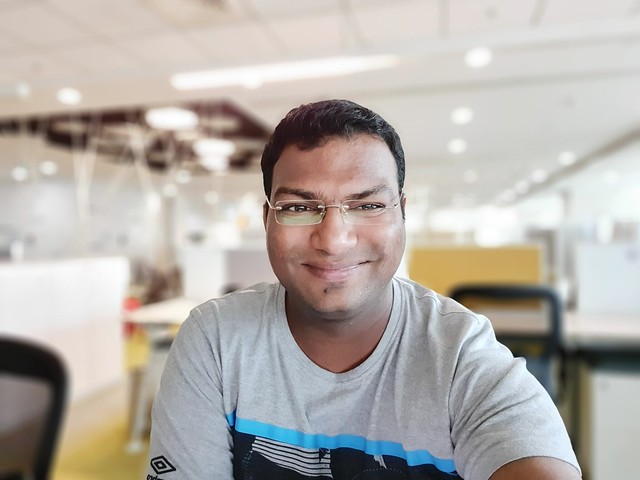 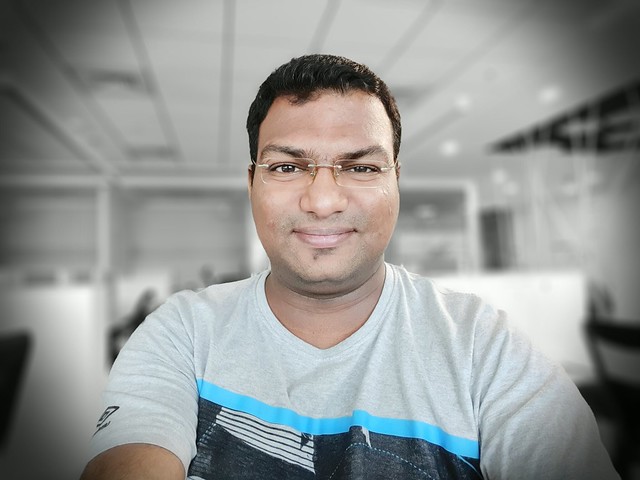 The sensor is perfectly embedded inside the power button. But a few things here. If you are a right-handed user, you can register your thumb to unlock the smartphone. And because it is a compact smartphone, it s easier to reach the power button. However, if you are a left-handed user, unlocking with your thumb will be awkward, and you ll have to register your finger for biometric authentication. Keeping those concerns aside, the fingerprint scanner is pretty quick when it comes to recognition, and unlocks the smartphone in under a second. It is undoubtedly one of the fastest fingerprint scanners I ve seen in recent times, at least on Samsung phones. To keep things ticking the Galaxy S10e comes with a 3,100mAh battery with support for 18W fast charging. The company has also promised support for 25W fast charging, which will be enabled using software update. Using the stock charger, it roughly takes about 70 minutes to charge the battery to full.

Once fully charge, the Galaxy S10e will last you through the working day with heavy usage, but you ll have to top up the battery before you leave from work. In terms of screen-on-time, I could squeeze a maximum of four hours, which isn t bad, but the Pixel 3 with same capacity offers slightly better battery life. With moderate usage, the battery will last you till you go to bed, with some juice still left. There is also wireless fast charging and reverse wireless charging feature allowing you to charge other wireless charging enabled smartphones, Galaxy Buds or Galaxy Watch. But it isn t fast and takes hours to complete. Still, a good feature to have in-case you forget your charger. Talking about extras, the smartphone comes with IP68 certification for water and dust resistance. As in the case with other water resistance phones, I did dip the Galaxy S10e in water, and even kept it for about 30 minutes, and it works flawlessly without any issues. It is also good to see that Samsung has retained the 3.5mm audio socket, while other OEMs have done away with it.

Verdict: Should you buy the Galaxy S10e?

Samsung isn t the first OEM to offer a compact flagship, but when it came to other OEMs, the smaller flagships were always watered down versions of the premium device. Sure, the Galaxy S10e also somewhat fits in the same category, but Samsung hasn t compromised on the core features or experience, which is the strongest point going in its favor.

The only immediate competitor to the Galaxy S10e is the Google Pixel 3 which is priced at Rs 59,990. For that price, you get stock Android experience and assurance of timely software updates before anyone else. Also, you get battery life and a better camera, even with a single lens, and the only thing you ll miss out on is the ability to capture ultra-wide-angle photos. And if you re a fan of iOS, the iPhone XR would be a good compact smartphone, but that will cost nearly Rs 18,000 more.