Is Samsung trying to play safe with the Galaxy S20+ this year? Why there is no 5G variant for India? Is it worth spending Rs 73,999 for the S20+? Find out in our full review. Samsung’s 2020 flagship series launched with 5G support globally last month. However, the South Korean company has only brought the 4G variants to the Indian market. This seems to be considering the fact that India isn’t expected to get 5G network anytime soon. Samsung’s flagship series consists of three smartphones – Samsung Galaxy S20, Galaxy S20+, and Galaxy S20 Ultra. Of these, we have with us the Samsung Galaxy S20+ for review. Also Read - Samsung Galaxy Note 10 Lite Review: A worthy challenger to OnePlus domination

Samsung has only launched the 8GB RAM variant of the Galaxy S20+ in India. It comes with 128GB internal storage, and costs Rs 73,999. Buyers can choose from three colors – Cosmic Black, Cosmic Grey and Cosmic Blue. We got the Cosmic Grey color unit for review, and here’s what we think of the device. Also Read - Samsung Galaxy S10 Lite Review: OnePlus' challenge accepted

The Galaxy S20+ design has changed quite a bit from the last year’s S10 series. There is no dual-curved display upfront anymore. Instead, Samsung has opted for a flatter display. Also, the punch-hole camera position has moved from the corner to the center. Both these design changes work for me, and I have no complaints. When compared to the Galaxy S10+’s dual punch-hole design, the Galaxy S20+ feels more refined. Also Read - Samsung Galaxy A51 Review: A worthy successor to the Galaxy A50

The phone offers good screen-to-body ratio with great weight distribution. It feels lighter than previous-gen devices despite the extra weight (186 grams). The back is made of glass, and flaunts a rectangular camera bump for the quad-camera setup. Samsung has also used an aluminum frame, which gives the device a pretty solid feel. This phone definitely feels premium, but it is quite slippery. You can however use the bundled transparent back cover for a comfortable grip. Overall, the Galaxy S20+ offers everything you’d expect from a high-end flagship smartphone except the 3.5mm audio port. But for me, only the common design approach is a little disappointing.

The Samsung phone flaunts a 6.7-inch Dynamic AMOLED display supporting QHD+ resolution and 120Hz refresh rate. The display operates at 60Hz by default, but users can change it to 120Hz in the Display settings. It is worth noting that 120Hz works only in FHD+ resolution, while QHD+ resolution maxes out at 60Hz. Samsung however tells us that 120Hz at QHD+ resolution support is coming via an update. As you can expect, the AMOLED screen is fabulous, and I like how Samsung has reduced the bezels. The touch response, color saturation, brightness and contrast levels are really good on this new Dynamic AMOLED panel. With 120Hz enabled, you will notice a bump in display performance almost immediately. It also supports HDR 10+ content, so video watching is a pleasure on this phone.

The Galaxy S20+ India variant comes with an Exynos 990 chipset instead of Qualcomm’s Snapdragon 865 SoC. This one is the 4G LTE variant and not the 5G model we see in the global market. Although, I would have liked to see the Snapdragon chipset under the hood, it doesn’t really matter to most people. The 7nm+ SoC from Samsung performs exceptionally well during day-to-day use, and also when playing graphic-intensive games like PUBG Mobile.

When I got my hands on the review unit, I faced a constant heating issue. But, this was soon resolved after Samsung rolled out a software update. That said, you still might feel the device getting warm during a long gaming session. Overall, the Galaxy S20+ performance is undoubtedly on par with any flagship phone out there. Coming to the UI, the Galaxy S20+ runs Android 10-based One UI 2.1. We’ve already covered the UI in depth in our previous Samsung phone reviews. It continues to be among the better UIs out there. Barring stock Android and OnePlus’ UI, not many come close to offering this kind of user experience. That said, there are still a few One UI elements that need an overhaul from Samsung.

The one big differentiating factor among all three Galaxy S20 smartphones is the camera setup. The Galaxy S20+ features a quad-camera setup at the back. This setup comprises of a 12-megapixel Dual Pixel ultra-wide primary camera along with a 12-megapixel wide-angle shooter, a 64-megapixel telephoto sensor, and a DepthVision 3D ToF sensor. The two highlights of this camera system is 30x hybrid zoom and industry first 8K video recording. At the front, the phone houses a 10-megapixel Dual Pixel AF selfie camera in that tiny display punch-hole.

During my use, I found the Galaxy S20+’s new quad-rear camera setup to be brilliant for shooting photos in ideal lighting conditions. It captures great details helped by the AI scene optimizer feature. The images manage good overall sharpness and contrast levels along with very little color saturation after processing. I have always liked the HDR shots from Samsung phones, and this one also handles it pretty well, even with the wide-angle camera. The 30X hybrid zoom continues to be more of a gimmick. The 3x lossless zoom however is really good on this phone, and even the 10X zoom clicks functional images. 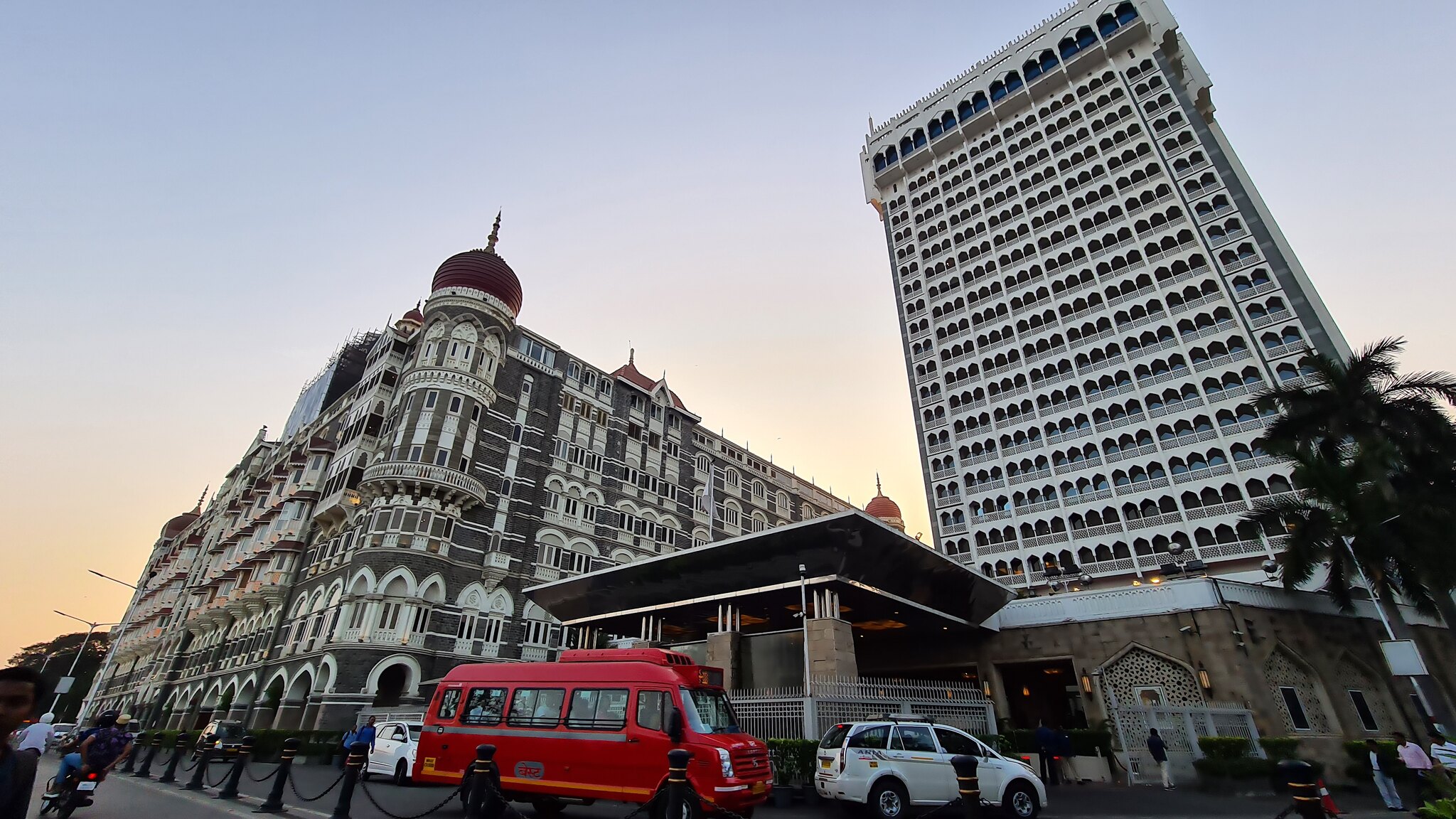 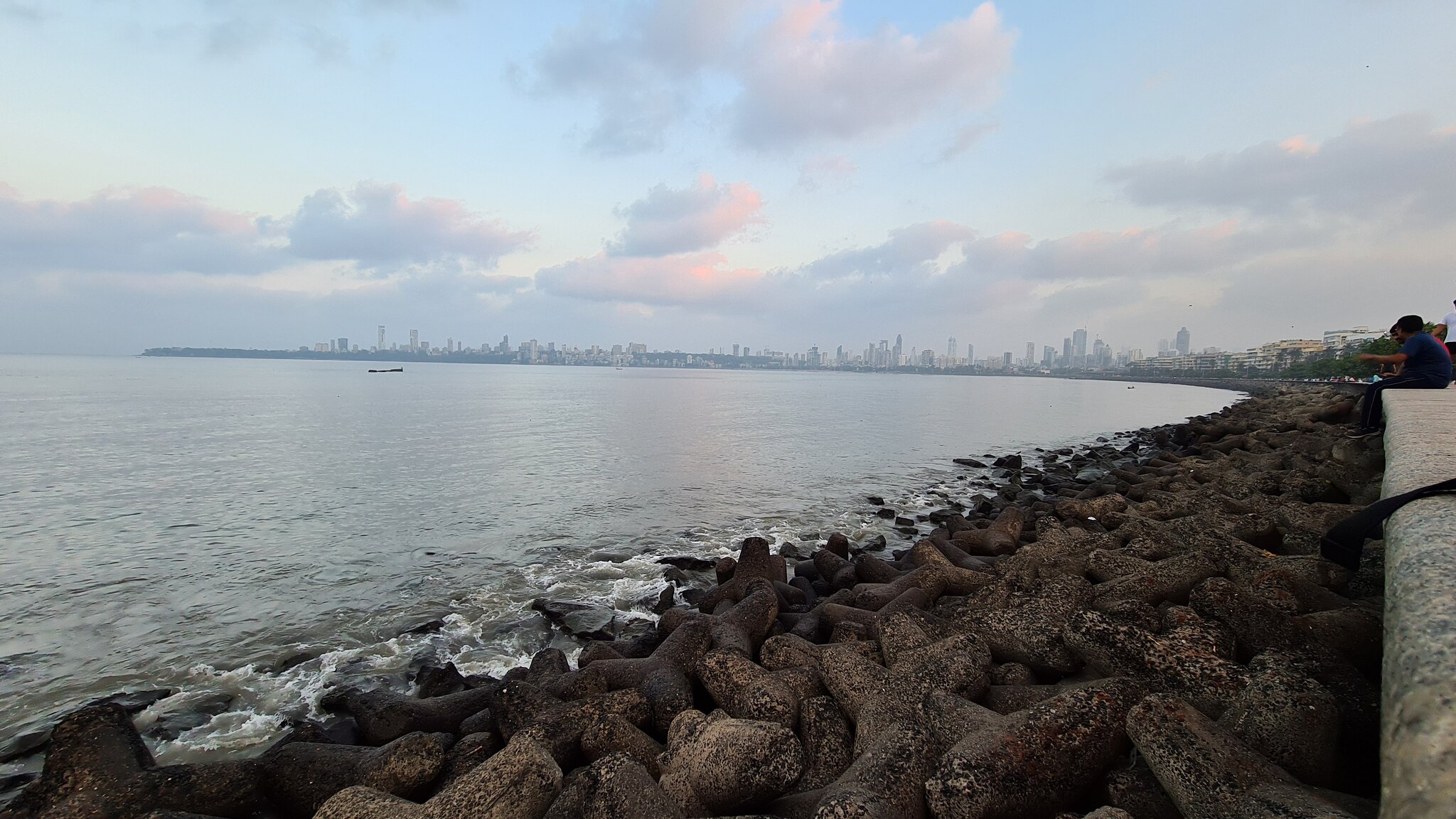 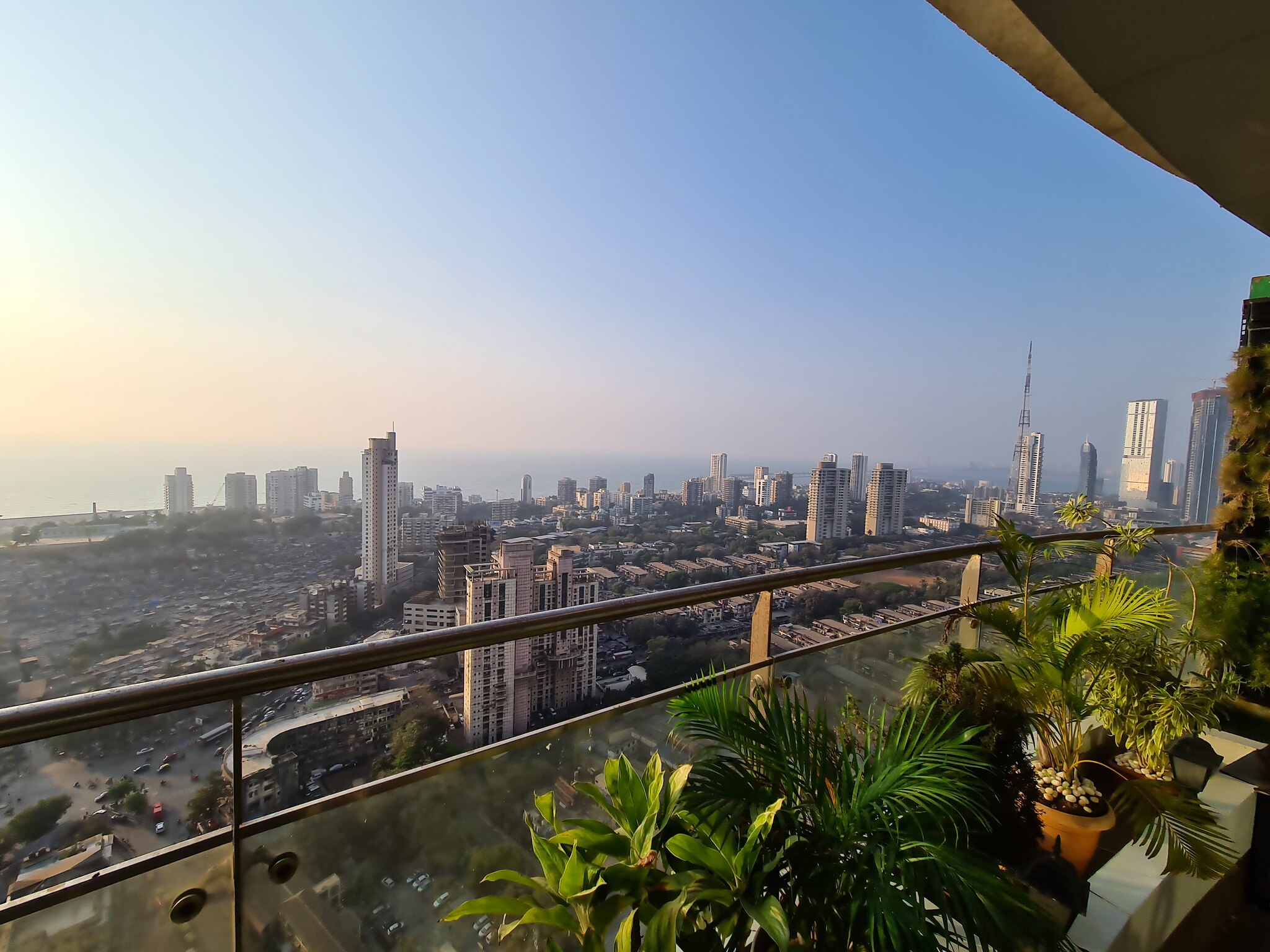 Coming to low-light shots, I found these to be somewhat impressive but then there was visible noise in almost all images. With the Night mode enabled, these shots clearly had that boosted filter like processing, which makes the image look more pleasing to the eye. But honestly the camera works much better without the Night mode, so in most cases you might not need it. For those, who are comfortable using the Pro mode, this camera will impress you more for the low-light photography. 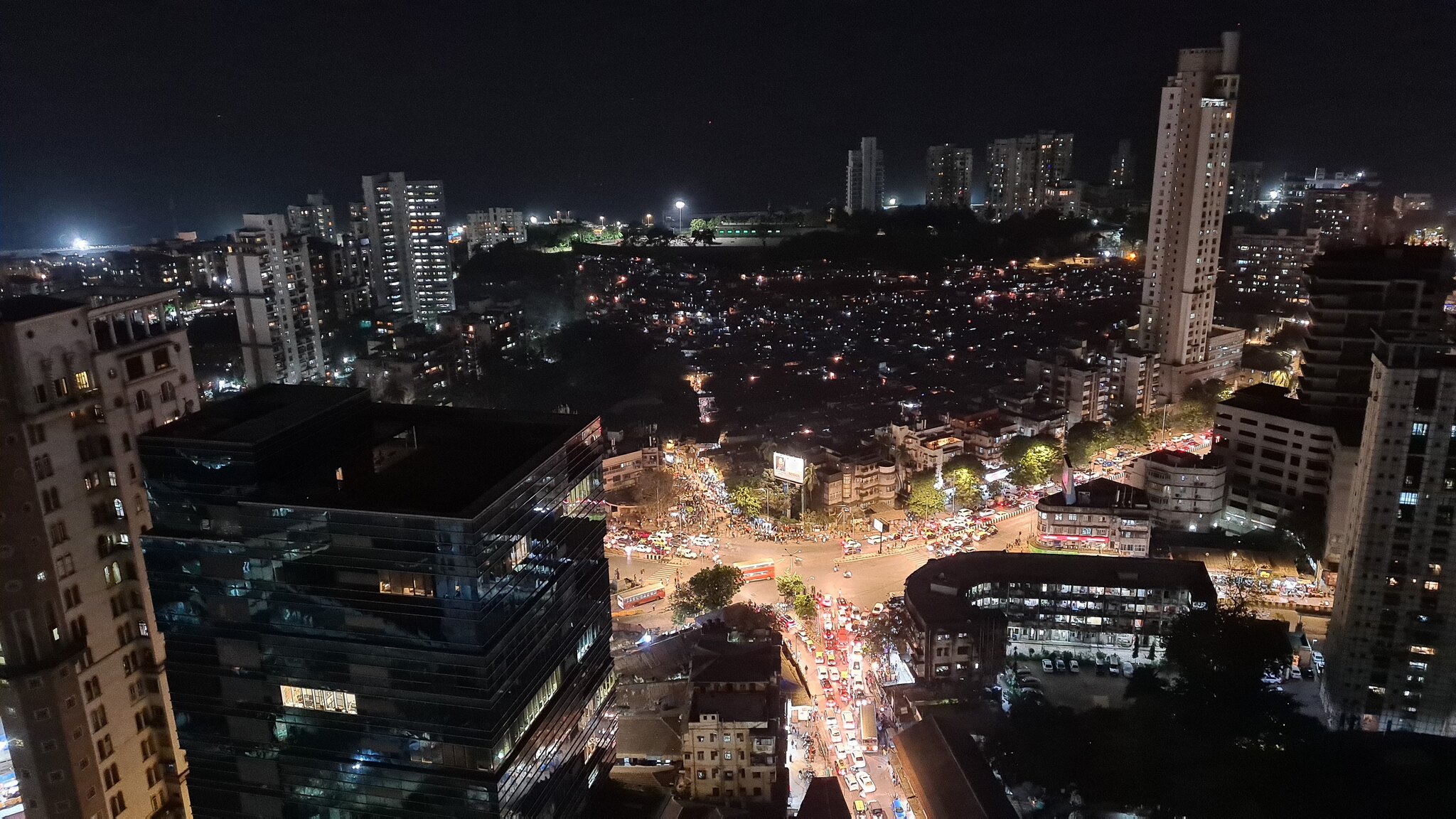 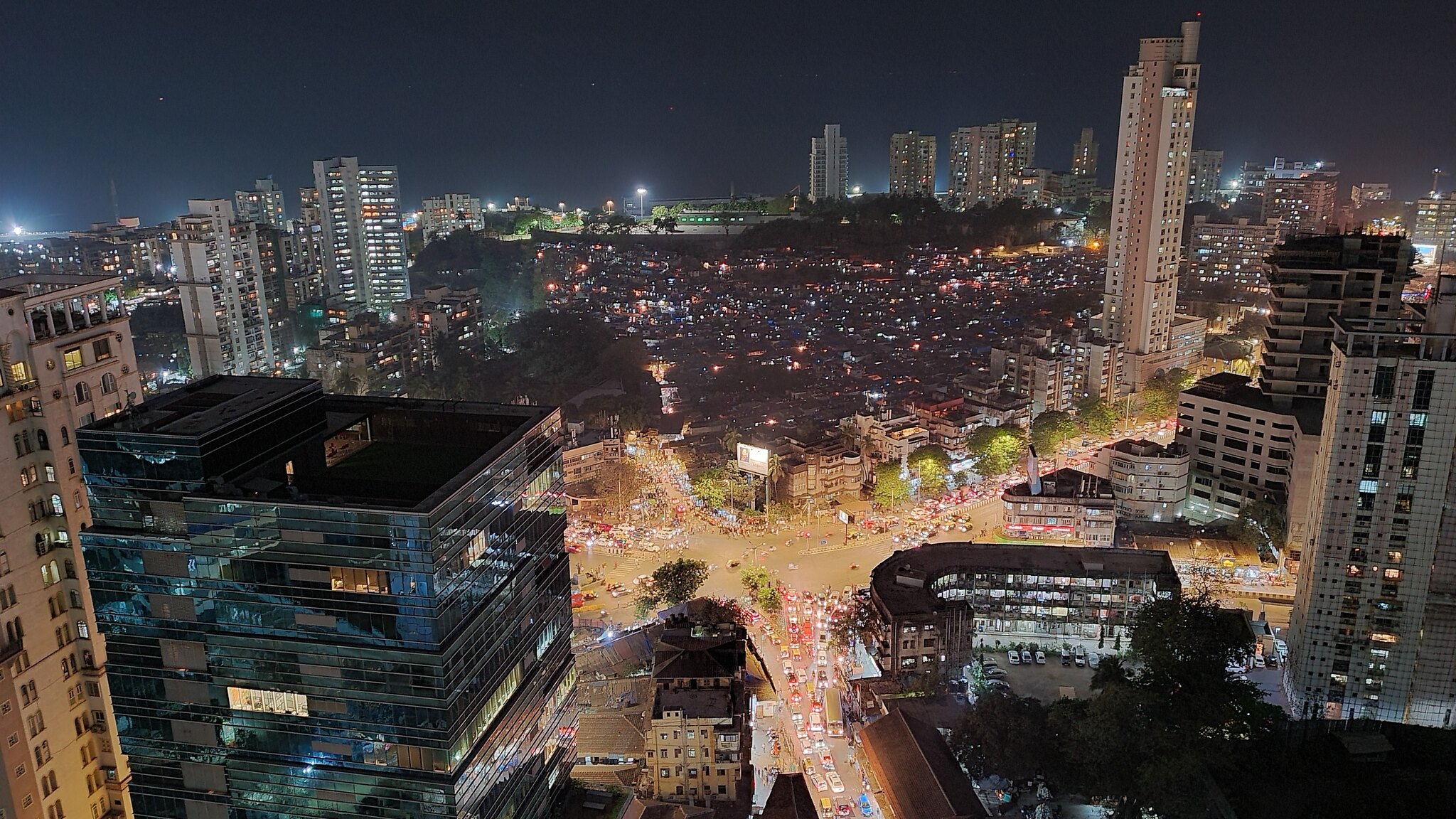 The front 10-megapixel camera on the Galaxy S20+ however is a tad underwhelming. I didn’t like the selfies at all. The image processing is so heavy at present that it softens the whole image to a level where it makes you look like a painting. In simple terms, the beautification filter heavily smoothens facial details in post processing. Samsung can easily fix this issue with a software update, so let’s see if the front camera gets better later on. 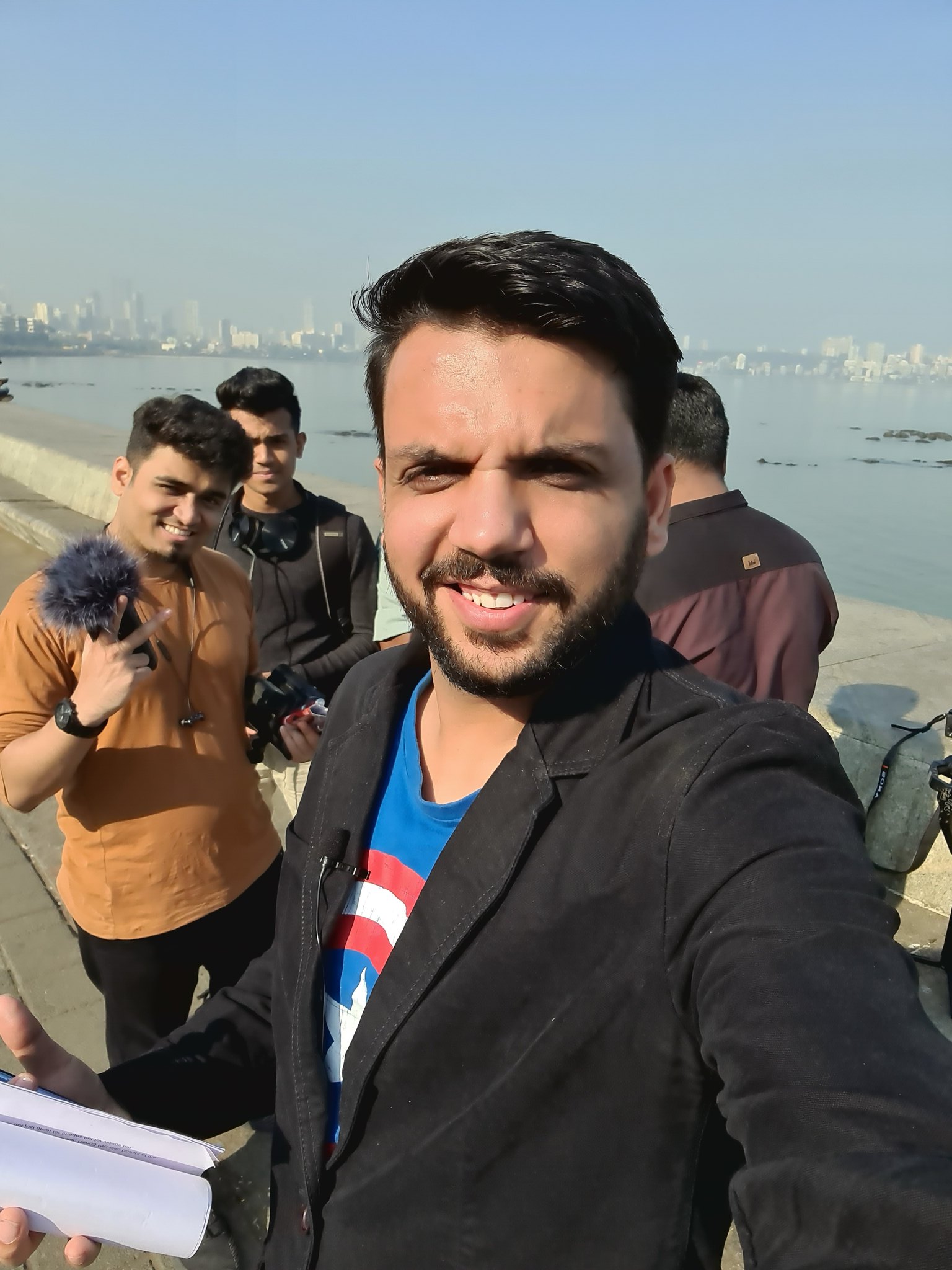 Talking about the video recording, the phone can shoot up to 8K videos at 24fps. While this is a good option, it was difficult to preview the recorded 8K video on the phone’s screen itself. But for the 4K videos, the phone records pretty well and lets you switch between the front and rear camera too. The ‘Super Steady’ video mode is good but it restricts the resolution to 1080p (full-HD).

These two security features – Fingerprint scanner and Face Unlock – have improved from the previous-gen phones. But, Samsung needs to pay more attention to the unlocking time. Neither of the features unlock the device as fast as some of the rival phones. Samsung is using the Ultrasonic Fingerprint sensor on all Galaxy S20 phones. While there is some improvement, it is still not on par with 2020 standards. In fact, it is unacceptable for a flagship phone in 2020.

The phone’s 4,500mAh battery would initially not even last me a full day on 60Hz 1080p display setting. But during my review time, Samsung rolled out an update, which fixed this issue a bit. Post the update, the battery backup on the 60Hz settings improved largely. But those using the 120Hz display settings will still face some issues with the battery. This too is likely to be soon fixed via an update. For charging the battery, there’s support for 25W fast charging technology. On paper, it lags behind the kind of tech being offered on smartphones that are far cheaper. The phone’s battery reaches 30 percent in 15 minutes, whereas the battery on some rival devices reach 50-60 percent in the same time. To sum up, an average user can expect the battery to last one full day if they keep their S20+’s display settings at 60Hz and 1080p resolution. But if you plan to use 120Hz display settings, just carry your charger handy, because you’ll need it.

Verdict: Should you buy the Samsung Galaxy S20+?

At Rs 73,999, the Samsung Galaxy S20+ feels a little expensive in 2020, especially without the 5G support. If you’re a Galaxy S10 user, then you can skip the Galaxy S20+ for now. The only noticeable upgrades you’ll get with Samsung Galaxy S20+ is a bigger battery, 120Hz display, and slightly better camera performance. Having said that, the Galaxy S20+ is a good standalone Android flagship smartphone. I have two major complaints for Samsung in the S20+ and those are the common design approach (same as S10 Lite or Note Lite) and just the 25W fast charging. It may be far from perfect, but most of the other issues (like front selfie camera and slow face unlock) are fixable via future software updates. So there is no need to worry for it.