Samsung Galaxy S22 Ultra review: The Note is back

Samsung Galaxy S22 Ultra review: The Note is back

The Galaxy S22 Ultra has everything that you would want from a phone when you are investing over a lakh in a phone. Samsung launched its ultra-premium Galaxy S22 series smartphones at its first Galaxy Unpacked event of the year. As is customary, the S22 series brought incremental updates over its predecessor, that is the Galaxy S21 series smartphones, which includes a smart chipset, slightly better battery and a better camera setup to name a few. But that’s not it. In addition to the upgrades, Samsung made major changes to the design of the Galaxy S22 Ultra. With Galaxy S22 Ultra, Samsung resurrected its long-dead Galaxy Note smartphone, effectively giving the device a new lease of life. Also Read - Samsung Galaxy F23 5G gets Copper Blush color in India

But there are some differences as well. Samsung has completely changed the rear camera setup in its Galaxy S22 Ultra smartphone. Instead of getting a rear camera module, the lenses are neatly stacked at the back just as they used to when having a rear camera module wasn’t a norm. Additionally, you also get a better camera system (both front and rear), a bigger battery and more colour variants among other things. Also Read - India’s tablet market registers 68% YoY growth, Lenovo leads followed by Apple

We will try to answer all your questions regarding the new Galaxy Note…errr….Galaxy S22 Ultra smartphone in the review below. So, keep reading…

Let’s talk about the design first.

As mentioned before, the Samsung Galaxy S22 Ultra looks exactly like the Galaxy Note 20 Ultra smartphone. This means that you get a curved display with squared edges that are securely held together by an aluminum chassis with a glass slab in the front and at the back. On the top you get an IR sensor, on the right you get volume rockers and home button and at the bottom you get the S-Pen, the S-Pen slot, speaker grille, USB Type-C port for charging and a SIM card slot. But that’s not the only annoying thing about the Galaxy S22 Ultra smartphone. In addition to being significantly heavier than its predecessors and its siblings, that is, the Galaxy Note 20 Ultra and Galaxy S22 and the Galaxy S22+ smartphones, it’s also very slippery to hold and of course, to use. If you are a clumsy one, there is every possibility that the Galaxy S22 Ultra will fall off your hands, if not, you will always be a bit too cautious while holding the phone. What makes matters a bit more difficult is the fact that Galaxy S22 Ultra is a bit wide, which does not make it easy or comfortable to hold.

The entire time I was using this phone, I clenched to it tightly so that it wouldn’t fall off from my hands. Though I like the design and the fact that the phone offers more choice to the customers, I really wish Samsung had provided more grip in the Note … sorry … the S22 Ultra.

Design aside, Samsung has made no major changes to the display of its newly launched Galaxy S22 Ultra smartphone. It comes with a 6.8-inch Edge QHD+ Dynamic AMOLED 2x display with a 120Hz screen refresh rate, a touch sampling rate of 240Hz and 1,750 nits of peak brightness. It comes with IP68 dust and water-proof coating and Corning Gorilla Glass Victus on both front and at the back. The Galaxy Note 20 Ultra, on the other hand, comes with a 6.9-inch WQHD+ dynamic AMOLED 2x display with 120Hz screen refresh rate and a peak brightness of 1,500 nits.

These changes are important, but they don’t make a world of difference in usage. Samsung smartphones are known for their gorgeous displays and its ultra-premium smartphones are a class apart. This is also true for its Galaxy S22 Ultra smartphone. During my time with the phone, I used it to watch all my favourite shows right from The Marvelous Mrs Maisel on Prime Video to The Resident on Disney+ Hotstar and I must say that the colours on the QHD+ display of the phone look rich and resplendent. And no matter where you are watching these videos, the screen is always bright and well lit. This feature coupled with the overall haptic response of the phone makes it particularly good for gaming.

Aside from the rich display, the Galaxy S22 Ultra comes with an ultrasonic in-display fingerprint sensor, which is one area where the phone doesn’t perform as expected. The in-display fingerprint sensor of the phone is slow and slouchy at best. It has its moments of hits and misses (more misses than hits), which gets a bit annoying to use, particularly when you are in an area where you cannot take off the mask. On the other hand, if you are not wearing a mask, the face ID works just fine.

Now let’s talk about one of the most important parts of this conversation: performance.

Samsung launched its Galaxy S22 Ultra smartphone in two variants – one with Qualcomm’s Snapdragon 8 Gen 1 system-on-chip and the other with its own Exynos 2200. In India, the company is shipping the variant with the Qualcomm processor. This processor is coupled with a RAM of up to 12GGB and a storage space of up to 1TB. Globally, it comes in four variants. However, in India the company is shipping just two storage variants – the 12+256GB variant that costs Rs 1,09,999 and the 12+512GB variant that costs Rs 1,18,999. This configuration is a step up from the Galaxy Note 20 Ultra’s Exynos 990 chipset.

Numbers aside, the Galaxy S22 Ultra is a pleasure to use. It’s smooth. It’s fast. It’s quick to respond and a total pleasure to look at, not just the design but also TV series and movies. And to add to that it handles the daily wear and tear of life calmly. During my time with the Galaxy S22 Ultra, I put it through my daily grind of life, which includes at least an hour of social media time, two to three hours of streaming time, and endless time on calls, messaging apps and email services. While I struggled at times, it didn’t. To put it simply, it kept going strong without showing any signs of struggle or heating at all. The overall experience was nice and smooth. However, I did notice some heating (only minor) while using the camera under the sun. Coming to the Galaxy SPen, Samsung’s stylus was one of the USPs of the Galaxy Note series. At the time when the Note series was still alive, it added another dimension to the usability of the device. SPen is what made the company’s Note series what it was and now that Note is Ultra, it continues to do a flawless job. Writing directly on your phone’s screen, doodling, clicking pictures from a far and more, the SPen continues to excel at its job.

In terms of the software, the Galaxy S22 Ultra runs Android 12-based One UI 4.1. This means you get Google’s latest software and security updates as soon as they are released. You also get a bunch of extra apps that you may not have heard of such as Samsung Free and Samsung Global Goals. Some of these apps are not that useful, but the good thing is that you can wipe them clean from the phone’s storage by the tap of a button. Overall, the UI of the phone is as neat and smooth as it can get.

The only area where I experienced issues was in terms of the fingerprint sensor – something I mentioned before. And that didn’t get fixed even after Samsung rolled out an update to fix some of the phone’s other issues. Other than that, using the phone was a smooth sail.

Now a bit about the phone’s camera.

Details aside, the Galaxy S22 Ultra has one of the strongest camera systems in the market right now. It has the three Cs of photography – the colour, the contrast and the clarity. 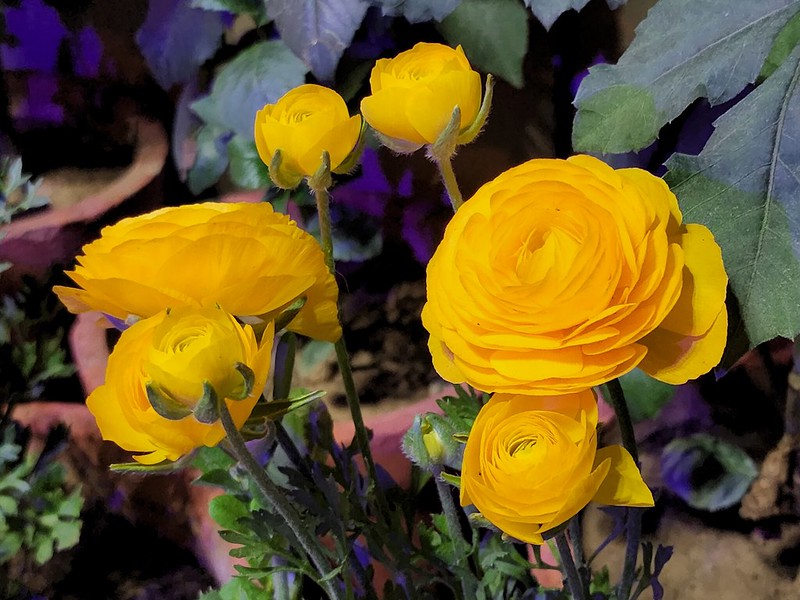 The rear camera of the Galaxy S22 Ultra clicks clear and sharp images under bright outside light and under indoor lighting conditions. The edges are sharp, and the camera captures ample depth that you can easily distinguish between hair strands. What I like about the phone is that it manages to retain details as you zoom into images. At 3x zoom, you will notice no difference in the quality of the image. But at 10x zoom, there is visible noise.

In low light condition, the phone performs equally well. It manages to capture ample details such that there is no noise. You will notice no difference even on zooming in a little. Beyond 3x zoom, you see a visible dip in clarity.

Overall, the Galaxy S22 Ultra offers a nice mix of clarity, colour, contrast and brightness. While it doesn’t unnecessarily sharpen the image, it does make the images a tad bit brighter with slightly more contrast. The result of this default editing is that it instantaneously makes improves the overall impact of images. To put it simply, it makes it better or Insta-ready.

The front camera of the phone is equally capable. It captures the colours and details well even in the low light conditions.

Lastly, let’s talk about the battery – one area that has troubled us all, at least until the time Samsung didn’t release the update to fix the phone’s throttling issues.

Before Samsung released the update, the battery of the Galaxy S22 Ultra smartphone lasted just for a day, sometimes even less. Interestingly, this didn’t change even on the weekends when my usage of the phone or any electronic device reduces significantly. So, while my usage varied, the battery backup didn’t – which honestly was a big disappointment for me.

Later, Samsung admitted to throttling the phone’s performance. It also released an update to fix the same. Post the update, the phone has given a consistent battery backup of around a day and a half. And on the weekends, a little longer. The phone charges completely in around 45 minutes. Should you buy Samsung Galaxy S22 Ultra or not?

Now, to answer the most important question of this conversation: Yes, the Galaxy S22 Ultra is totally worth your time and money.

The Galaxy S22 Ultra has everything that you would want from a phone when you are investing over a lakh in a phone. It has a big display that lets you watch or read comfortably, a stylus that lets you use the device as…well…a Note, camera setup that can capture images with great depth and clarity in any light conditions, a powerful processor, and a decent battery backup – all of which make it an instant winner. Though there are some issues with the fingerprint sensor and the phone is a bit too slippery to hold, but if you can look past that, the Galaxy S22 Ultra is a Note-worthy phone.