The Galaxy Z Flip is Samsung’s second attempt at creating a foldable device. So does it succeed? Check out our review. Unlike the Samsung Galaxy Fold, the Galaxy Z Flip features a ‘clamshell design’. This means that the smartphone folds through the middle, and invokes nostalgia. When folded it looks like a compact that you would usually find in a makeup box. When unfolded, it looks like a normal smartphone. Also Read - Samsung Galaxy Z Flip with ultra thin glass display launched: Price, Specifications

In a folded state, the device is twice as thick. But at the same time it is also roughly half the height. This makes it very easy to store in any pocket or small bag. In fact, we are so used to big phones that there were times I forgot that the Flip was in my pant pocket. Also Read - Samsung Galaxy Fold Review: Transforming phone to tablet in an expensive style

Overall, the Flip feels like a surprisingly well-built device. The frame is made out of aluminum, and feels sturdy. The outer body gets a mirror finish, which oozes class. It is however very slippery, and there’s a constant fear of it slipping out of your hands. As with phones with glass bodies, the Flip also attracts fingerprints and smudges. To make the device a tad more easy to handle, you can use the plastic case bundled in the box. When unfolded, the phone looks quite normal with a massive 6.7-inch 21.9:9 display. It may not be as big as the tablet-like Galaxy Fold, but is much more usable because of the thin form factor. The display itself is quite good in most cases with good color reproduction and touch response. There is also a small 1.1-inch OLED display at the front, which is as basic as it gets. It shows you the time, battery charging percentage, and notification icons. You can tap on a notification to read a snippet, but for any kind of action you will need to unfold the device. You can also use it as a viewfinder, but more on it a bit later. In essence the outer display will be useful for those who constantly switch on their phone to check time or notifications. But beyond that there’s not much you can do with it.

Now to the highlight of the Galaxy Z Flip. The clamshell design means the display folds down the middle. To achieve this, Samsung is using an ‘ultra-thin glass’ that is just 30 microns thick. At this thickness, the glass is bendable, and to protect it, there is a second layer of soft plastic on top. Not surprisingly, there’s a crease in the middle of the screen where it folds. Like a notch though, you will soon be able to unsee it, and may even be able to hide it with a dark wallpaper. For bending, there is a hinge in the middle that lets you fold the display up to 180-degrees. The hinge itself is quite stiff making it difficult to unfold the phone with one hand. While I did manage it one handed a couple of times, it took a lot of effort. It is however quite easy to shut the phone with one hand. The reason for the stiff hinge is what Samsung calls the ‘Flex Mode’. This essentially lets you half open the device and keep it on a surface like a small laptop. You can click selfies or video calls, but very few apps are able to take advantage of this mode. There is a long way to go before we will be able to call foldable phones sturdy. But in the meantime, the Galaxy Z Flip gives you the confidence to open and shut it multiple times. Samsung claims that the hinge and the display is capable of surviving up to 200,000 folds, and I would like to believe that. I only wish the hinge was a tad loose to let me open the phone with one hand. In the meantime though, it is very satisfying to shut the device with one hand.

In terms of performance, the Samsung Galaxy Z Flip is as good as any flagship device from last year. Under the hood, there is a Qualcomm Snapdragon 855+ processor, 8GB of RAM, and 256GB of UFS 3.0 storage. These are much better than what you find on the mid-range specsced Motorola Razr. In day-to-day use, the device performs well, which is hardly surprising. There’s no hint of lag anywhere and games like Asphalt 9: Legends work remarkably well. Much of the good performance is also down to the Android 10-based OneUI 2.1.

Making sure everything ticks is a 3,300mAh battery underneath. While it may not be the biggest around, it is good enough to last an entire day on a single charge. Even with a bit of heavy usage, the battery was able to survive an entire day. Among the reasons for good battery performance is also the fact that the screen is not on as often as a standard smartphone.

To juice up the battery you can either use 15W wired charging or 9W wireless charging. It is not the fastest charging tech around, and it takes close to two hours to fully charge. Wireless charging technology is more of a gimmick at the moment, and it is no different with the Flip. The device also keeps slipping off my charger, which doesn’t help its cause. The Galaxy Z Flip features a dual-camera setup at the back, and a single punch-hole selfie camera up front. The rear setup includes a 12-megapixel wide sensor and another 12-megapixel ultra-wide sensor. Together, they shoot decent photos in ideal lighting conditions. But the overall quality is not up to the grades set by Samsung’s Galaxy S20 series. It is a similar scenario when shooting in low-light conditions. 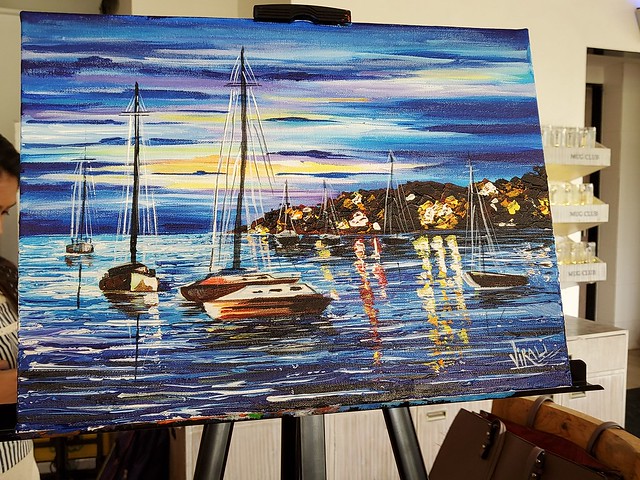 The 10-megapixel front camera fares better and can shoot some decent selfies. You can also use the mini-display on the front as a viewfinder to shoot selfies using the back camera. This, in my opinion, is by far the best use of the mini display. Samsung Galaxy Z Flip review: Is it worth buying?

In my experience, the Samsung Galaxy Z Flip feels like a step forward in the right direction for foldable smartphones. To a large extent, it feels like a normal phone, which is a compliment for this yet nascent category. But there is still a long way to go before a foldable smartphone becomes mainstream. At Rs 1,09,999, the Flip is far from an affordable buy and is dearer than Samsung’s more capable flagship devices. But this foldable device can’t be judged on the specifications and features it offers. You are paying for an experience, and a unique looking device that stands out in the sea of similar looking smartphones.