Tecno Camon 15 Pro Review: A 'Pro' with a few cons

At Rs 15,499, the Tecno Camon 15 Pro features a pop-up front camera, a 48-megapixel rear quad-camera, and more. But how good is the phone in terms of overall performance? Check out our review. Tecno is a brand under the Transsion Holdings umbrella that one usually associates with budget smartphones. Devices like the Tecno Spark Go and Spark Go Plus offers great value-for-money. However, when the brand launched the Camon 15 series as proper mid-range devices between the Rs 10,000 to Rs 20,000 segment, it piqued our interest. Also Read - Tecno Camon 15 Pro, Camon 15 launched in India; Check price, features, specifications and more

The price range puts the Tecno Camon 15 Pro in a highly competitive segment. Here it faces stiff competition from Samsung’s Galaxy M series, Xiaomi’s Redmi Note series and the recently launched Realme 6 series. Today, we have the Tecno Camon 15 Pro with us for review. The camera-centric device is priced at Rs 14,999. It sports some great value-for-money elements like a pop-up camera. However, where does it stand in the cut-throat competition? Read on to find out. Also Read - Tecno Spark Go Plus with 6.52-inch display launched in India, priced at Rs 6,299

The Tecno Camon 15 Pro features a 6.53-inch IPS LCD panel with a 1080×2340 pixel resolution. It comes with an uninterrupted display on the front, with thin bezels and a slight chin. This is thanks to the pop-up front camera setup. There is a polycarbonate back with a glossy finish and a unique pattern of lines. A raised camera setup features the four sensors while the rear-mounted fingerprint sensor stays in the middle. Also Read - Tecno Spark Go Plus Review: A complete ultra-budget package The Ice Jadeite variant we have is a good looking phone, we’ll give it that. However, the back picks up fingerprints very quickly. The device also has a little heft to it and does not feel light in the hand. The right side of the phone has the power button and volume rockers. The left only has a SIM tray. On top of the phone is just the pop-up camera unit. On the bottom are the speaker grille, a microphone, a 3.5mm jack, and a surprising micro-USB port. The lack of a USB Type-C port on a mid-range device at this price is extremely disappointing, we must say. This deprives the phone of faster data transfer and charging speeds. For some context, even phones around the Rs 10,000 price mark have already started offering Type-C ports. The screen on the Tecno Camon 15 Pro is a good one that produces very accurate colors and performs decently even under direct sunlight. The viewing angles here are great and the edge-to-edge display gives the phone a seamless feel during day-to-day operations. This makes the Camon 15 Pro a great device for viewing media like pictures and movies.

The Camon 15 Pro runs Android 10 out-of-the-box with Tecno’s HiOS 6.0.1 UI on top. The UI is heavy on customizations, features, and also comes with little bloatware. If you’re used to phones featuring a closer to stock Android skin, the Tecno might take some getting used to. We however love the feature-packed nature of the skin. It allows for additions like screen-off gestures and Social Turbo that you usually don’t see at this price point. The catch here is the bloat that comes with it and the fact that the skin might be a tad too much for users looking for a simple, minimal interface. The Camon series by Tecno has always been one that emphasizes on camera performance. The Camon 15 takes that a notch up with the addition of a 48-megapixel sensor, a dedicated sensor for night shots, and a 32-megapixel pop-up front camera. In our testing, we found pictures to be pretty good. Colors were accurate and image processing was not too heavy. We see a lot of phones in this price segment over-saturating pictures to give them punchy colors, at the expense of color accuracy. Thankfully the Camon 15 Pro is better than that. The camera here also has features like body shape tuning and AR shots. Check out our camera samples below. 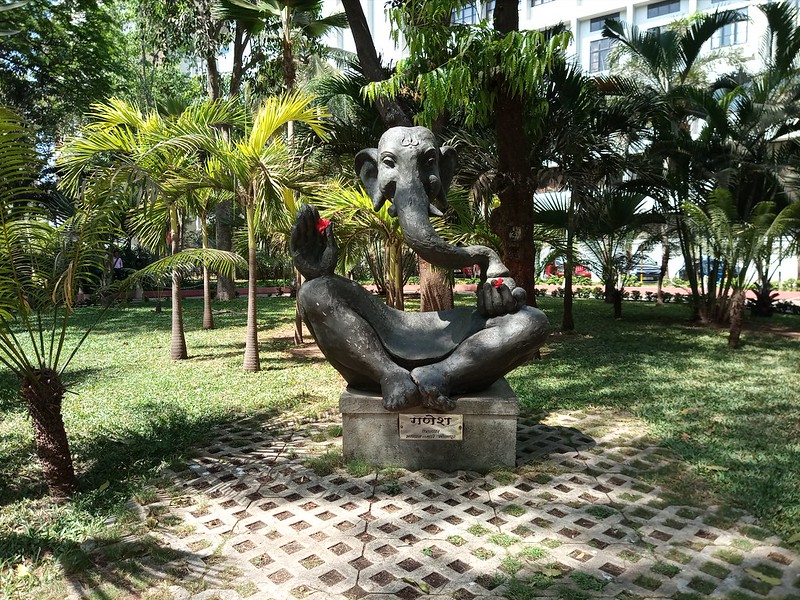 Pictures often also found decent detail and sharpness. Pictures from the ultra-wide lens also looked good, with good software optimization to remove the warping on the edges. The dedicated night lens did not disappoint. We tested its capabilities in near-pitch black scenarios and very low artificial lighting scenes. Pictures turned out bright and colorful, though some details were lost. However, that is expected. We’d still call this a decent night camera at the price. Selfies by the 32-megapixel front camera were bright and vivid. However, facial details were sometimes not very clear, even without the beauty filters, which is something you may or may not desire.

The Camon 15 Pro features a MediaTek Helio P35 chipset along with a 6GB RAM and 128GB storage. This translates to a decent performance, but nothing spectacular. The phone will go through day-to-day tasks easily and there are mostly no stutters. 6GB of onboard RAM means you get to keep a bunch of apps open at the same time without the UI closing them in the background. In terms of gaming, the Camon 15 Pro can handle basic and mid-level games easily. When it comes to bigger, more graphic-intensive games, they are playable but not in the highest setting. For instance, PUBG Mobile works, but higher graphic settings are not selectable. Other elements like call quality and audio performance through the single speaker were good. The fingerprint scanner on the back of the phone is also pretty fast and accurate. Detection is good unless you have too much sweat or dirt on your hands.

The Camon 15 Pro features a decent 4,000mAh battery that coupled with the software optimizations should easily last you a full working day. We tested the phone with moderate to heavy usage, and we ended the day before the phone’s juice completely ran out on us. What is disappointing is the lack of a fast-charging system. While not a deal-breaker, it all boils down to users paying this price and missing out on a feature that has pretty much become a norm now. The Tecno Camon 15 Pro is a device with unique features and compromises. What you pay is the price of a mid-range phone. What you exclusively get is a pop-up camera at this price, decent camera performance, good looks and lots of software-baked features. To maintain the price, you miss out on a few elements. These include parts we understand, like the mid-level processor, and parts we don’t like the lack of a USB Type-C port. Whether you should or should not buy the Tecno Camon 15 Pro comes down to personal preference. This is a decent smartphone if you absolutely want a pop-up camera in a good-looking device at this price. But in terms of raw performance and speed, including charging speeds, there are much better phones out there.