The V9 Pro is a strong contender in the mid-range segment, but how well does it perform? Vivo has been strengthening its smartphone portfolio in India, and it has launched a number of smartphones placed in different price segments. Some of the recent devices include the Vivo X21, the first commercial smartphone with in-display fingerprint scanner, the Vivo NEX, which comes with a pop-up selfie camera, and so on. After launching the V11 Pro with waterdrop style notch and in-display scanner, Vivo has now launched the V9 Pro which comes with good hardware and premium design at a pocket-friendly price. Also Read - Vivo V21e 5G India launch expected soon, specs leaked: Here's what to expect

Earlier this year in March, the company launched the Vivo V9 for Rs 22,990, which later on got a few price cuts and is now available for Rs 18,990. The new V9 Pro, on the other hand, is available for Rs 19,990. As an introductory price, the company is selling it for Rs 17,990 via Amazon India during the Great Indian Sale. Also Read - Vivo Y73 launches in India to compete with Redmi Note 10 Pro Max with 1TB expandable storage

In terms of upgrades, the smartphone comes with a better chipset (Qualcomm Snapdragon 660) and more RAM (6GB). But then, there is a slightly compromise in the camera department. On the V9 Pro, you get a 13-megapixel primary sensor supplemented with a 2-megapixel depth sensor at the back, and a 16-megapixel front camera. In case of the predecessor (Vivo V9), you have 16-megapixel + 5-megapixel sensors, and a 24-megapixel front camera. So, after the upgrades and downgrades, is the V9 Pro worth buying? Let s find out.

A couple of years ago, manufacturers focused on price and specifications. But now, design has gained significance. The V9 Pro is a sleek device featuring plastic body with a glossy finish. Despite being made of plastic, it doesn t look cheap. And is surprisingly lightweight too.

The front is dominated by a tall 6.3-inch full HD+ display with tiny bezels on the sides. The bottom has a small chin, whereas the top has a notch that houses the proximity and ambient light sensors, the earpiece and the front camera. It is an IPS capacitive panel, which has good touch responsiveness, screen is sharp, colors look good, and I didn t face any issues while viewing under direct sunlight. The back is curved, which tapers towards the edges, making it comfortable to hold in the hand. However, the sides are slightly sharp, and I would have expected them to be smooth and rounded. The dual camera module and LED flash are placed on the top left, whereas the fingerprint scanner is at the center. To offer a premium look and feel, the fingerprint scanner and the camera modules have a gold-plated rim running along the edges, and the Vivo branding at the center is also in gold color.

Talking about ports placement, the left has the dual SIM card slot, and dedicated microSD card slot, whereas the volume rocker and the power button are on the right. The bottom houses the microUSB port and a 3.5mm audio socket.

A common query these days around smartphones is camera quality within a particular price point. Potential buyers actively look for a good camera with good battery. And yes, over the past couple of years, cameras on the mid-range smartphones have improved a lot. The likes of Mi A2, Redmi Note 5 Pro, Honor Play, to name a few are good options, and the V9 Pro is no different. The dual cameras backed by AI manage to take decent photos in daylight and low-light. I took a lot of photos in daylight, evening, and low-light conditions, and the output doesn’t seem bad. If you do a 100 percent crop on low-light photos, you’ll find that there is some graniness and texture isn’t perfect, but for the price point the device is placed in, there is little to complain. 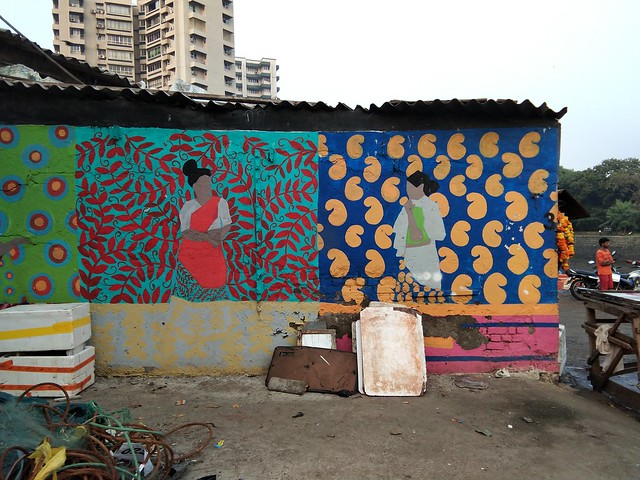 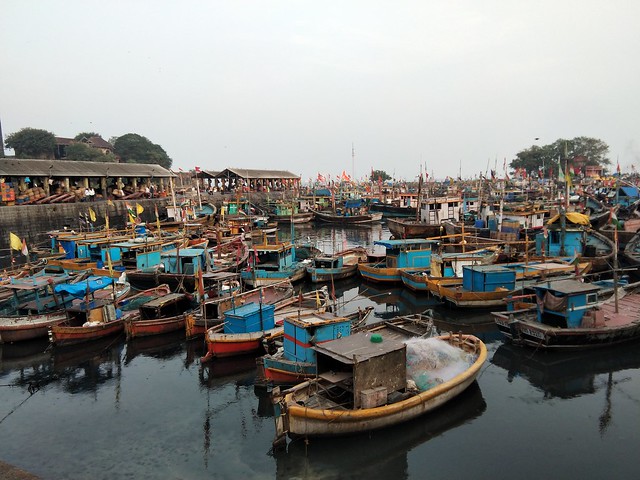 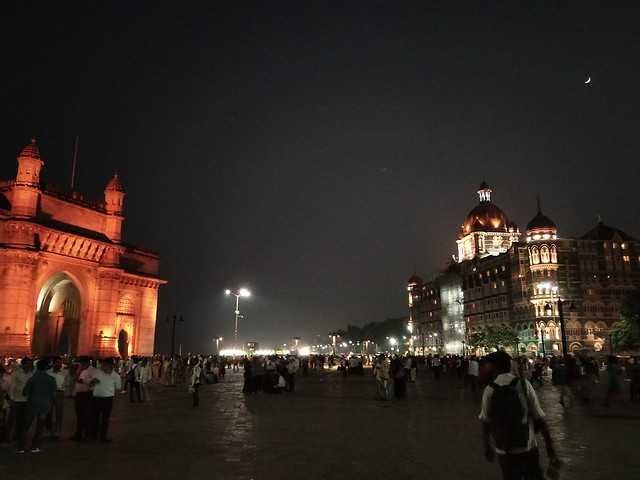 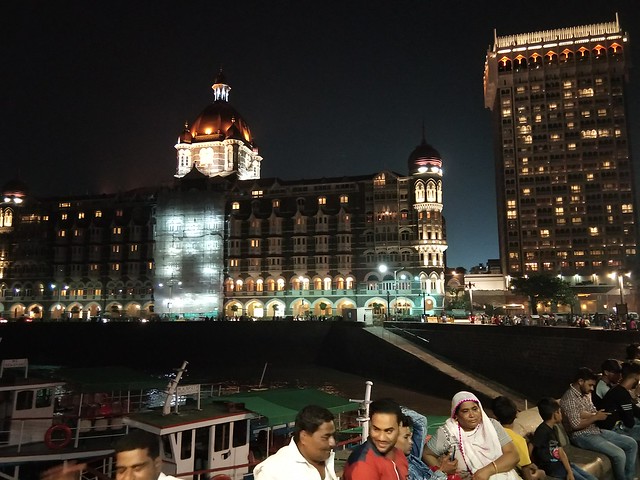 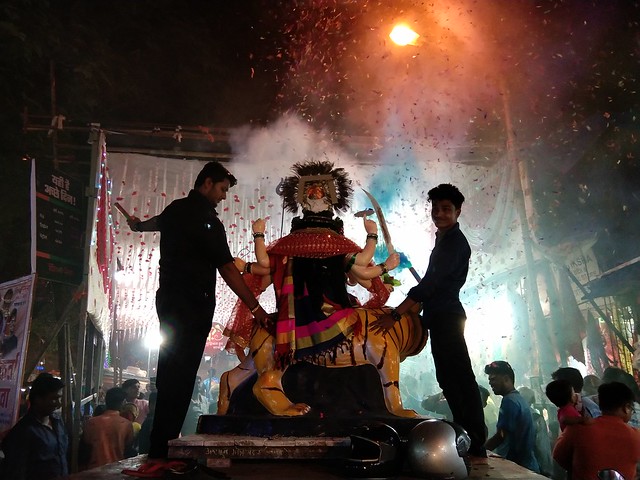 The secondary depth sensor works well to add bokeh effects to your photos. The edge-detection is decent, but not perfect. In low-light it does go for a toss, especially with the focusing. 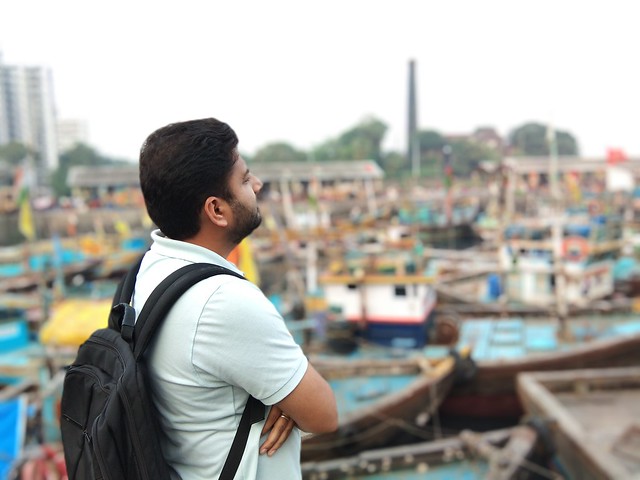 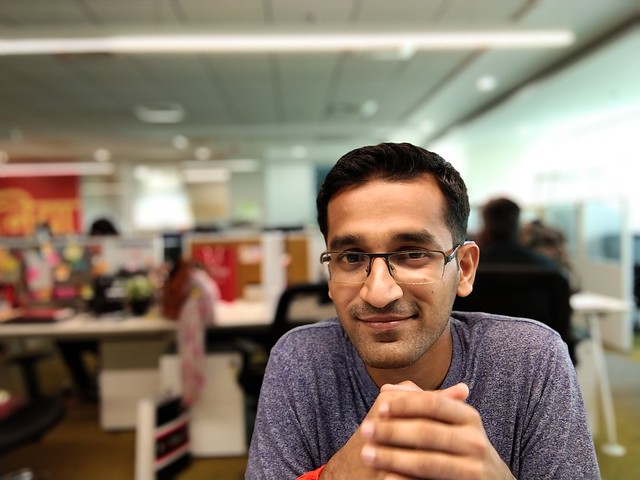 Selfies look good and ample lighting conditions. There is AI enabled portrait mode too, and it generates good photos, however, the edge detection could have been slightly better. In low-light, the camera manages decent photos, but the details are a little less, and face looks a little smudgy. 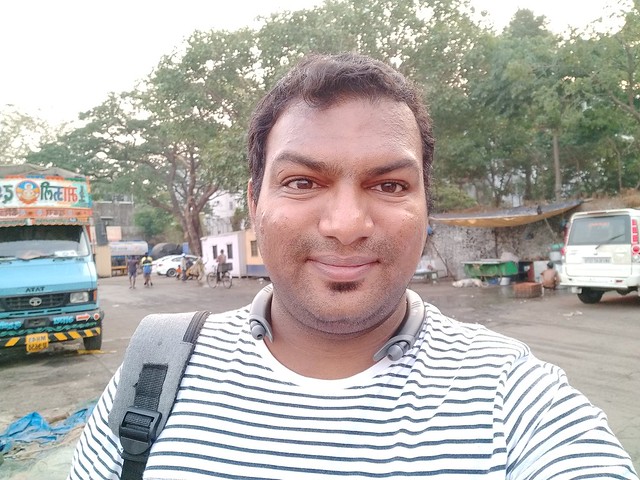 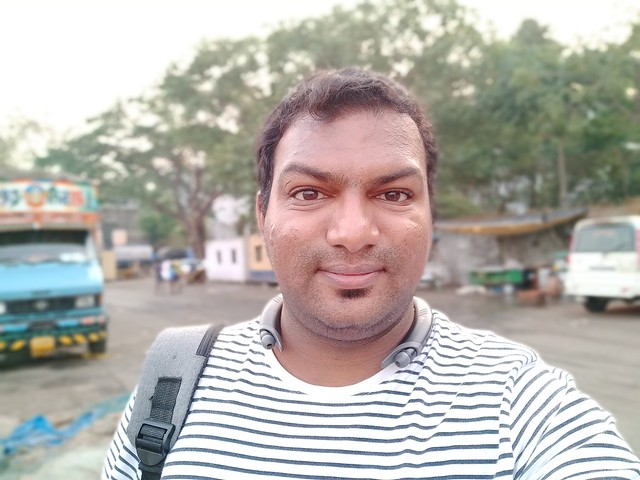 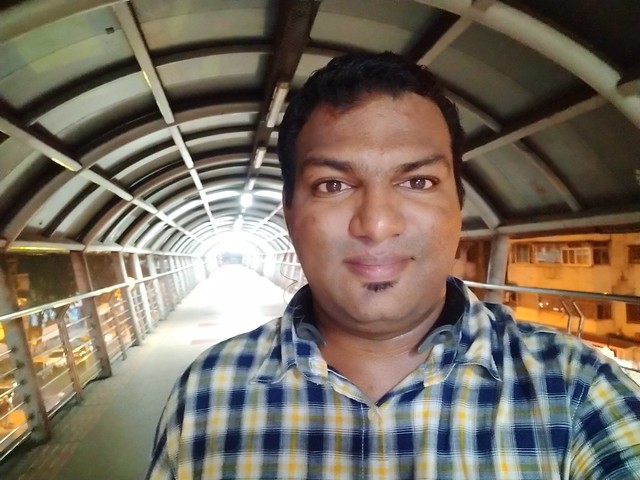 The V9 Pro, just like other recent Vivo phones, runs Android 8.1 Oreo out-of-the-box, with Funtouch skin on top. I m not particularly a big fan of Funtouch OS. It heavily resembles iOS, right the swipe-up bottom gesture to reveal the control center (Wi-Fi, data and other toggles among brightness and volume slider), to the almost never-ending settings menu. I ve expressed this concern before also, and reiterating it again finding one simple option inside the settings menu is a big pain. And sadly, unlike in iOS, and also other Android custom skins, the Funtouch OS lacks the search option, which is the biggest pain point, and you really need to go inside each and every option to find simplest things.

For instance, if I want to clear an app cache or disable one, I have to head over to Settings > More Settings > Applications > All. All other Android skins have Applications option up front inside the Settings Menu. This is just one example, but there are many other. For geeks like me, I can still figure a way around, but for someone who isn t a tech-savvy, locating these small options could be a task. Even the About Phone option is hidden inside the More Settings sub-menu. Otherwise, the Funtouch OS is pretty well optimized and it has some interesting features too. The Motorbike Mode, for instance, is a handy feature that automatically rejects calls when you are driving, and it can even send text message to the recipient saying that you are driving, and you ll get back soon. There is app clone mode that lets you add more than one WhatsApp, Facebook, Instagram, Twitter and other social accounts. There is also a split screen mode for smart multi-tasking, and gesture controls, just like on the iPhone X. By activating gesture controls, you can do away with the Android navigation buttons, and gain some more screen space, and control the functions such as back, home, and app switcher, with gestures. There is also game mode that clears the background apps to ensure smooth gaming performance, and it also keeps those mail, text messages and phone call notifications away, to help you enjoy gaming. Talking about performance, the Snapdragon 660 SoC and 6GB of RAM, along with software optimizations from Vivo goes hand-in-hand to ensure smooth performance. During my review period, my typical usage included some conversations on WhatsApp, 3 email accounts in sync, constantly getting mail notifications, and a lot of Twitter and Slack usage. And things were pretty smooth, even with the few apps open in the background. The V9 Pro starts struggling when doing some intense tasks. I had 4K videos recorded from the other phone, which I tried to edit on the V9 Pro using apps like Adobe Clip and Go Pro Quik, which was when it was slightly stuttering and skipping some frames. The same was observed when playing games like Asphalt 9: Legends, where heavy frame drops were seen with graphics settings at high and even on default mode. Lowering it down did make the game playable, but it wasn t completely smooth. PUBG, on the other hand, ran smooth, with minor frame drops at times.

Lastly, let s talk about battery life. The phone is armed with a 3,260mAh battery and comes with a regular fast charging feature (10W, 5V 2A). It takes about 1 hour 30 minutes to charge the phone, and battery life is good too. With moderate usage, you can easily sail through the day on full charge, and it will still have some juice in the morning. With heavy usage also, you ll not need a charge before the evening. Basically, it is good enough to last a working day.

Should you buy the Vivo V9 Pro?

Overall, the Vivo V9 Pro is a really good contender in the Rs 20,000 price bracket. The likes of Nokia 6.1 Plus and Mi A2 have a bit of upper hand with stock Android OS, but the Nokia phone has a disappointing camera. The Mi A2 features metal build, but if you want something lighter, the Vivo V9 Pro will be a good choice.

The V9 Pro offers good battery life and decent cameras, has a bright and colorful display, and a premium design. The performance is very good, except for a slight lag when playing intense games. My problem is with the smartphone is with the Funtouch OS where Settings menu is completely messed up. And this is common among other Vivo phones too. Also, with the likes of Realme and Moto going for glass back design, it would have been better if Vivo had ditched plastic for glass.

If you re looking for a good smartphone under Rs 20,000, I d definitely recommend the V9 Pro. Otherwise, the Xiaomi Mi A2, Moto One Power, Honor Play and Samsung Galaxy J6+ are good alternatives too.