Vivo Z1 Pro has just been launched in India as a budget gaming device. It was the official tournament device of PUBG Mobile Club Open 2019 India edition. Here's our review of it. Lately smartphones have been geared more towards gaming. And these happen to apply to normal devices as well. Chinese smartphone maker Vivo launched its newest device the Z1 Pro, which comes with impressive specs. The Vivo Z1 Pro was used in the recently concluded PUBG Mobile Club Open 2019 India edition. The Vivo smartphone was the official device of the tournament, and all gamers played PUBG Mobile on it. This venture undoubtedly meant that Vivo is promoting the device as a budget gaming device. Prices for the smartphone start at Rs 14,990, and it will be available via Flipkart. I have been using the device as my primary daily driver for the last couple of weeks, and here’s my Vivo Z1 Pro review. Also Read - Top smartphones to launch in July 2019: Realme X, Vivo Z1 Pro, Redmi K20 and more The Vivo Z1 Pro may have been promoted as a budget gaming device, but the company has given the gamer essential RGB lighting a miss on it. But that does not mean that the device is unattractive. The smartphone comes with a dual-tone background with a reflective glass finish. The side panels of the device is the same as the back of the device which seems to give it a uniform look. Up front is a 6.54-inch Full HD+ display with 19.5:9 aspect ratio. It has thin bezels on top, and the sides, while the chin slightly bigger. It also comes with the punch-hole camera on the top-left corner of the display. The right panel of the device houses the power and the volume rocker buttons while the left edge has the SIM-tray and the Google Assistant button or ‘Smart Button’ as Vivo calls it. The default function of this button is to launch Google Assistant and the image recognizer. But this can be changed although only to a couple of other Google functions. The bottom panel of the device housed the speaker grille, 3.5mm audio port, and the USB-A charging port.

On the software side of things, the Z1 Pro comes with Android 9 Pie with Vivo’s own Funtouch OS on top of it. The Funtouch OS transforms Android 9 into Vivo’s own vision of things, which happens to resemble iOS more than Android. This is so because the UI does not come with an app drawer and the dropdown settings on the notification bar has been moved to the bottom of the device. Even the style of the setting and the other default apps is reminiscent of iOS devices.

But one of the positives of this major overhaul of the Funtouch OS is that Vivo has added a ‘Dark Mode’ feature that turns almost all the popular apps dark. This seems like a great feature, but it does have some shortcomings. For example when the color of the text is grey or muddy brown the Dark Mode can’t seem to change that while it does change the background dark. This renders the text slightly illegible. The Vivo Z1 Pro comes with a new Qualcomm Snapdragon 712 processor which has eight cores. For GPU it uses Adreno 616, which seems competent enough to play most games on its highest settings. The variant we received came with 6GB RAM and 64GB internal storage. The smartphone is snappy in its performance, but it seems to take a while when reloading apps that have were already running. But even that time is negligible, and it ends up retaining apps in its memory for a fairly long time.

The Vivo Z1 Pro comes with a 5,000mAh battery which is really impressive on paper. It is almost as impressive in real life as well. It works perfectly well for medium to heavy users by lasting at least two days. But if you factor in gaming time into this with all the enhanced modes on then it starts taking a toll on the battery. Yet it holds up fairly well, and the fast charging option with its own charger is a savior.

Vivo Z1 Pro’s gaming performance is more than acceptable for its price point. I tried out FIFA Mobile, PUBG Mobile, Asphalt 9: Legends and Modern Combat 5 on it and all the games ran perfectly. They may not have been at Ultra graphics settings, but all the games ran High settings without any hitch. I mostly played PUBG Mobile on it and what was really surprising was that the smartphone didn t heat up as much as I thought it would. This was the case with most of the games that I played on the device. With the heating issue under control the games hardly faltered when it came to the FPS which resulted in steady graphics. The FPS on PUBG Mobile was at a steady 30, with the default graphics being set to HD. The Vivo Z1 Pro has a gaming assistant and mode rolled into one called Game Cube. The smartphone does not come with a dedicated gaming button, but it does have a gaming assistant called Game Cube. The Game Cube can be configured to start up as soon as a game is launched. It offers functions like blocking background calls, blocking notifications, reject calls during gaming, turning on Esports Mode and other things. Users can conveniently select the settings they want every time they launch a game.

The Vivo Z1 Pro comes with a 16-megapixel primary camera on the back, which is paired with an 8-megapixel ultra-wide camera and a 2-megapixel depth sensor. This produces some pretty detailed photos in lighted conditions. The color recognizing and balancing is quite accurate as well. But it does seem to struggle a bit in the dark and things seem to pixelate a bit. 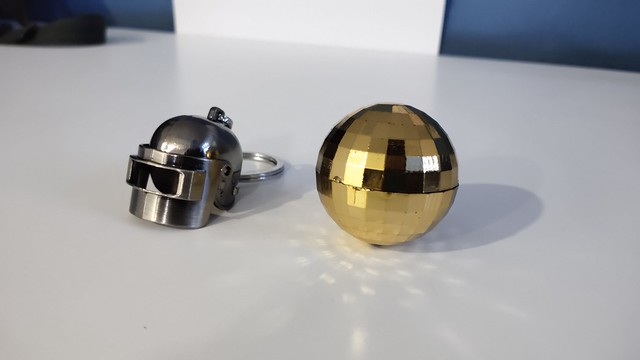 On the front it comes with a 32-megapixel snapper which seems to do a better job than the rear camera in terms of details. Though low-light photography seems to be a challenge for this one as well.

Should you buy the Vivo Z1 Pro? The Vivo Z1 Pro is one of the better smartphones in its price segment. And that is considering its specs and performance. It has excellent gaming performance among devices around the Rs 15,000 price range. The gaming mode will help enhance the performance while playing the heaviest of games. It’s build and design makes it an easy to hold device as well. The cameras performance is appropriate for this price range as well. It comes with great battery backup, which ought to satisfy even the heaviest users. This is a recommended buy for those users that are looking for an affordable gaming smartphone that they can use to play competitively on.