The Mi 10 5G is the newest flagship smartphone from Xiaomi which features Qualcomm Snapdragon 865, 108-megapixel camera and a 90Hz display. Here's our review of the same.

Chinese smartphone company Xiaomi took a step in a new direction with the launch of its new Xiaomi Mi 10 5G smartphone. This new smartphone is one of the costliest launched by Xiaomi in India yet. And with this the company is trying to crack into a market segment that it has so far avoided. The Mi 10 5G encroaches into the territory of smartphones that features others like OnePlus 8 Pro and Samsung Galaxy S20. And this time, Xiaomi has finally marked up the pricing of the Mi 10 5G to Rs 49,999 as an indication of direct competition. Also Read - Xiaomi Mi 10 5G vs OnePlus 8 Pro vs Samsung Galaxy S20 Ultra vs iPhone 11 Pro: Head-on comparison

The new flagship smartphone from Xiaomi is also one of the first after Realme X50 Pro, iQOO 3, OnePlus 8 and OnePlus 8 Pro smartphones to bring the 5G technology to India. Though honestly there isn’t any room to test out its 5G performance yet as none of the carriers in India are support the new mobile network standard. We have been testing out the Xiaomi Mi 10 5G smartphone for a while now and here’s my review of the same. Also Read - Xiaomi Mi 10 5G launched with 108MP camera: Price in India, offers, full specifications, availability The Xiaomi Mi 10 5G does nothing to stand out much in terms of design. It comes with a glass and metal sandwich design with curved display edges which would seem reminiscent of any number of premium smartphones that we have seen in the recent past. Despite that I have to say that it works, which shows that companies need not always go out of their way to make smartphones look unique (I was never taken with pop-up cameras). The Mi 10 5G features a 6.67-inch 90Hz refresh rate FHD+ E3 AMOLED display with 19.5:9 ratio. It has a 3D curved Corning Gorilla Glass 5 top which leads to the curved display. The bezels around the display are more of a border than anything else. The Mi 10 5G has a glass back which seamlessly melds into the metal frames finished in the same body color. The rear panel of the device features the quad-camera setup in two segments on the top left corner. The top portion features the three main ones with the fourth one underneath with the LED flash below it. The Mi branding along with the 5G logo is centered along the bottom half of the panel. What really turns out to be unassuming star feature of the Mi 10 5G is its display. There are quite a few smartphones out there now with 90Hz displays but the one on Mi 10 5G is a real winner. The color reproduction and the consistent frame rates of the display really kick things into a visual gear. Addition of a feature like HDR10+  couldn’t be more apparent than when playing something like PUBG Mobile on its fullest possible visuals. Even the color reproduction of the photos clicked on the 108-megapixel camera are accurate without overblowing different proportions. The punch hole front camera which the company calls DotDisplay creates no issues at all in terms of hindering the viewing effect.

The Mi 10 5G is currently the most powerful smartphone from the Chinese company. It easily competes with the specs of the other flagship smartphones on the market. The smartphone features a Qualcomm Snapdragon 865 processor with Adreno 650 GPU. It has options for 8GB LPDDR5 RAM along with 128GB or 256GB storage. The company is using LiquidCool 2.0 Vapor Chamber tech in the phone along with a six stack graphite layer and graphene surface area for thermal management. The smartphone performs like any flagship should and handles most apps and games with ease. The smartphone has a large memory and can retain the state of as many as 6-7 different apps. Xiaomi really put thought into the Mi 10 5G which is apparent from the lack of bloatware on the device and the use of a clean interface. The smartphone features Android 10 with MIUI 11 on top which does not feature an app drawer. This may be a problem initially for someone like me who is used to not having their apps on the home screen. But Xiaomi does include its own suite of apps for things like video and music which cannot be removed.

The fingerprint sensor on the Mi 10 5G is an in-display optical one which is one of the quickest I have used. It is also one of the more accurate ones and hasn’t failed to recognize my finger yet.

The gaming performance of the Mi 10 5G really did surprise me quite a bit. Running something like PUBG Mobile on ‘HDR’ graphics with ‘Extreme’ frame rate with 90Hz mode on is a challenge for most smartphones. But the Mi 10 does this seamlessly. And does so without overheating which is commendable. But what it really does is gobble up the battery. With a fully charged smartphone and all these modes on, you can play a maximum of 4-5 full matches before you need to recharge again. But even then it really is impressive, and most other games will not even demand as much.

Call of Duty: Mobile like PUBG Mobile showed top notch performance and so did some others like Asphalt 9 and Mortal Kombat. The two stereo speakers are a great addition for gaming without headphones, but the placement of the grilles sometimes block it with fingers and the hand which could have been avoided if these were placed on the front. The Game Boost mode on the Mi 10 5G optimizes the smartphone performance based on each game, and eve provides options within the game to stop notifications and access social media on the side.

The Xiaomi Mi 10 5G comes with a 4,700mAh battery which seems sufficient considering it has a 90Hz display. With the 90Hz mode on and viewing social media all day along with sending emails and 6-7 calls the battery lasts for a whole day. This also includes a couple of PUBG Mobile matches. Things can be stretched to a day and half with the 60Hz mode though most people would want to stick to 90Hz if they have it. It comes with a 30W wired fast charger in the box which easily charges the smartphone from less than 10 percent battery to a full 100 in under 40 minutes. Xiaomi also sent us the Mi 30W Wireless Charger with the Mi 10 5G which features a wireless Turbo charging mode for the smartphone. With the battery under 10 percent the Mi Wireless charger requires less than an hour to fully juice it up.

Camera: Better than all its predecessors The Mi 10 5G like we mentioned before, does a great job in right lighting conditions. The details in the images are immaculate as well as crisp. But the details seem to lose out in the edges of the images. The portrait mode does a decent job, and again in bright light. The low light photos, even with the 108 megapixels with HDR turned on seem to not be flagship quality. But the color reproduction in the photos are much better than many of the other flagship smartphones out there. The selfies from the front camera are more consistent in its quality than the rear camera photos to be honest, and that is true even in low light.

Check out some of the camera samples here: 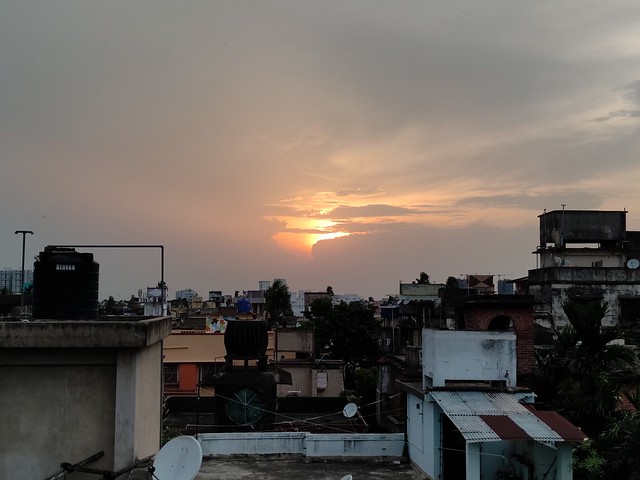 The Xiaomi Mi 10 5G mostly has positives to it. This includes the performance, the display, the design, the battery and camera. But there are one off things which Xiaomi seems to have missed the mark on. One of these things is the lack of a 3.5mm headphone port, and yes I am one of those people who holds this as a point of contention. Though Xiaomi does provide a dongle inside the box for Type-C to 3.5mm, but with that comes other problems. That aside the smartphone really is worthy of being called a flagship by Xiaomi. It is clearly one of the best to come from the company and will definitely give some of the competition a run for their money. If you have the budget for a flagship smartphone, then Xiaomi Mi 10 5G should be in the list of smartphones you consider buying.