Xiaomi 11i 5G Hypercharge review: Charges really fast, but there’s more to it than that

At a starting price of Rs 26,999, the Xiaomi 11i Hypercharge is easily one of the best phones in the sub-30K market segment right now. The newly launched Xiaomi 11i 5G Hypercharge ships with a 120W charger, which the company claims can charge the phone completely in just 15 minutes. While that sounds more of a marketing gimmick, Xiaomi has turned its magic wand and made something seemingly impossible, possible. The Xiaomi 11i Hypercharge does live up to its hype. The phone charges really, really fast. Infact, it easily puts fast charging capabilities by companies like Realme and Samsung to shame. That said, fast charging capability shouldn’t be the only deciding factor while buying a smartphone. Thankfully, the phone doesn’t disappoint in other areas as well. Also Read - High Court asked to re-freeze Xiaomi India's accounts: Report

With a 120Hz AMOLED display, a 108MP rear camera, 16MP front camera, MediaTek Dimensity 920 processor and 4,500MAh battery, the Xiaomi Mi 11i does make a strong case for itself, especially in the sub-30K price segment. But there is more to it than some numbers… Also Read - Xiaomi devices to receive Android 13 update: Mi 11 Pro, Poco M4 5G, Redmi 10 and more But if you can ignore the size, which isn’t exactly very easy to do, more so if you have the case on, the Xiaomi 11i Hypercharge is a gorgeous phone. It features plastic edges with a glass back, which gives the phone a premium appeal. What adds to the overall allure of the phone is the way the light reflects off the back of the phone making soft patterns. The subtle hues of green, black, purple and blue, in which the phone is available in, accentuate this pattern further. What makes the back of the phone a winner is the fact that it doesn’t attract dirt and fingerprint marks. So, even if you dare to take the phone out on a stroll sans that case, chances are that you will find it unscathed as far as accumulating dirt is concerned.

One thing that you will find grabbing all the attention is the massive rear camera setup that sits vertically towards the left side of the back. It’s big, clunky and hard to miss. And while it doesn’t exactly drag down the overall look of the phone, it doesn’t add to it either. Looks aside, this rear camera setup has a total of five camera circles housing a triple rear camera and an LED flash. On the top, you get a speaker along with a 3.5mm jack and at the bottom you get the SIM card tray, a USB Type-C port for charging and another speaker.

The Xiaomi 11i Hypercharge ships with a side-mounted fingerprint sensor, which also dubs as the home button. It sits under the volume rockers on the right side. The fingerprint sensor works perfectly in unlocking the phone each time. You won’t find it slacking at its job, even on the most tedious days.
Coming to the display, the Xiaomi 11i Hypercharge features a full HD+ AMOLED display with a resolution of 2400×1080 pixels. It sports a 120Hz screen refresh rate with a peak brightness of 1200 nits. The 6.67-inch large display of the phone makes up for a comfortable viewing experience, especially if you watch your favourite movies and shows on the OTT apps such as Netflix, Disney+ Hotstar and Prime Video on your phone. Thanks to the Widevine L1 certification, you can watch Full HD content on Prime Video and Netflix. You can also watch HDR movies on Netflix on this phone. The colours are bright and well rounded and the tiny punch hole camera makes up for a perfect binge-watching partner.

Now, let’s talk about the performance for a bit.

The Xiaomi 11i Hypercharge is powered by MediaTek’s Dimensity 920 5G chipset that is coupled with up to 8GB of RAM and 128GB of storage space. The phone ships with Android 11-based MIUI 12.5, which is a bit of a let down at this point. It would have been nice to see Xiaomi shipping the phone with Android 12, especially since the device is arriving in 2022. Nonetheless, having Android 11 doesn’t affect the overall performance of the phone at all. The Xiaomi 11i Hypercharge is well optimised to take full advantage of the Dimensity 920 5G SoC and it can be easily seen in day-to-day usage, which is swift and almost effortless. Whether you are playing games at full throttle or surfing social media or reading an annoyingly large mail, the Xiaomi 11i Hypercharge doesn’t break a sweat at all.

Now, I say almost because the MIUI doesn’t come sans the bloatware. While there is not a lot of that when you first use the phone, there is enough for the unwanted apps not to get ignored. But if you can ignore that (after deleting those apps of course), the Xiaomi Mi 11i Hypercharge offers a pretty decent experience in terms of the run time.

Now, a bit about that massive 108MP camera.

For most parts, the Xiaomi 11i Hypercharge is a good phone. However, one part where it misses the mark is in terms of the camera. As mentioned before, it sports a triple rear camera setup consisting of a 108MP primary sensor, an 8MP ultra-wide-angle sensor and a 2MP macro sensor. While it does offer a good dynamic range with a near accurate colour reproduction, the images lack clarity sometimes. However, this isn’t noticeable right away. But when you zoom into the images, you’ll notice this lack. Adding to that is the fact Xiaomi 11i Hypercharge tends to under saturate colours at times. This is particularly noticeable in the daylight conditions, which makes the image look dull and somewhat lifeless. 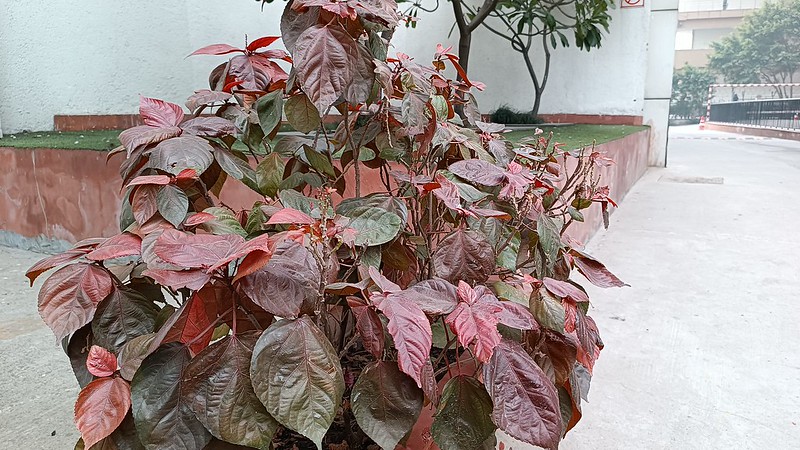 This pattern repeats itself in the case of the 16MP front camera as well. While it maintains a good dynamic range, skin tone is a hit or miss most of the time.

Now let’s address the elephant in the room – the 120W hypercharge.

Xiaomi 11i Hypercharge is backed by a 4,500mAh battery and it features support for the company’s hypercharge technology. In the backbone of this tech is a 120W charger, which the company claims can charge the phone completely in 15 minutes.

Now, that sounds too good to be true. But in reality, the Xiaomi 11i Hypercharge does come close to this mark. In my experience, it charges the phone completely in around 20 minutes. But there is a catch. You need to make the phone charge itself at an exceptionally fast rate. The phone has something called a Boost Mode, which allows the phone to charge at the highest wattage without worrying about heating too much while doing so. This Boost Mode is hidden under Settings > Battery & Performance > Battery > Boost Charging Speed. So, if you want your phone to charge within minutes, you will have to manually turn on this setting. Sans the Boost Mode, the phone takes around 25-30 minutes to charge completely.

While this might seem a bit of a let down to some people, the idea is that you wouldn’t need to charge your phone within minutes all the time. And when you do, the hypercharge tech will juice up the phone in 15-20 minutes.

As far as runtime is concerned, the Xiaomi 11i Hypercharge lasts for an entire day on a single charge. I used this phone for everything from checking non-stop mails to binge watching series to answering endless calls, during my day-to-day usage, the phone easily lasted for a day. Should you buy the Xiaomi 11i Hypercharge 5G or not?

In a nutshell: Yes. At a starting price of Rs 26,999, the Xiaomi 11i Hypercharge is easily one of the best phones in the sub-30K market segment right now. While Xiaomi has talked extensively about just one feature – the 120W hyper charging tech – the phone boasts some great specs that is complimented by an equally relying performance.