Xiaomi recently launched the Redmi 7 smartphone, which is a successor to the Redmi 6. On paper, the new smartphone brings better hardware, but does that make it a reliable performer? There is no denying that the budget and mid-range segments under Rs 15,000 represent a big opportunity for smartphone makers. It is also the reason why you would see OEMs going aggressive with Android smartphones in that price range. Xiaomi recently launched two new smartphones the Redmi 7 and Redmi Y3, both of which cater to different budget segment, yet, share some identical hardware. Also Read - Mi Notebook Ultra Review: The best work laptop under Rs 80,000?

I have already reviewed the selfie-centric Redmi Y3, which has a lot going for it. And today, I m going to talk about the Redmi 7, which is the successor to the Redmi 6 that was launched in India roughly eight months ago. Being a successor, the Redmi 7 does bring a lot to the table (at least on paper) right from new design, to a better chipset, bigger battery, better front camera, and more. But do these additions make the Redmi 7 a better purchase in its price range? Also Read - Flipkart Big Billion Days Sale to begin soon: Up to 80 percent discount on electronics

The Redmi 6 featured a plastic frame and metallic back, but with the Redmi 7, Xiaomi has gone with a laminated plastic back that looks like glass. And there is a dual gradient finish underneath, which is in-line with the new design trends. We got the black color variant for review, but there are Red and Blue color variants that you could pick as they really bring that character to the phone.

Up front, you get a bigger 6.26-inch HD+ display with a dot notch on top, and 19:9 aspect ratio. This is an improvement over Redmi 6 that came with a 5.45-inch HD+ display. There is still chin at the bottom bezel, but that s ok for a device in this price range. At the back, you have dual camera modules on the left, and a circular fingerprint scanner at the center in the upper half. At the bottom half, you have Redmi by Xiaomi branding, while rest of the back is clean. The volume rocker and power buttons are on the right, the dual-SIM card tray with dedicated microSD card slot is on the left. The IR Blaster and 3.5mm audio jack is on the top, whereas the microUSB port is at the bottom.

One good thing about the Redmi 7 is that it runs Android 9 Pie out-of-the-box, with a layer of MIUI 10 on top. It is one of the few smartphones in this price range to do so. Just like other Xiaomi phones, the bloatware apps are present here too, which includes Opera Mini, Facebook, DailyHunt, Opera News, Amazon and Paytm. Thankfully, these apps can also be uninstalled, which is a good thing.

MIUI 10 is more refined with a lot of features, such as the new notification shade, new icons on drop down notification panel, fast and smooth UI, and UPI-based Mi Pay service integration to name a few. My review unit ran on March 2019 Android security patch, which isn t bad, but I just hope Xiaomi keeps rolling out timely updates.

About issues, there is only one to talk about, something that I have mentioned before also the annoying ads. Earlier, the ads were limited, but now the frequency has increased, and it ruins the user experience. There are ways to get rid of these ads to an extent, and it slightly helps improve the experience. But when competitors like Realme don t offer ads in the UI, I think it is time for Xiaomi to step up their game too.

The Redmi 7 comes with a dual-camera setup at the back, which includes a 12-megapixel primary sensor and a 2-megapixel depth sensor. Up front, you get an 8-megapixel sensor, which is an improvement over Redmi 6 that came with a 5-megapixel sensor. Both the front and back cameras are backed by AI which recognizes the scene and fine tunes settings to help you capture better photos. Now, while it does not do a fantastic job, the AI does help improve the overall photo quality. Day-light shots look good the sensor is able to capture colors well, details are good too. In low-light, the quality deteriorates, but there s nothing much to complain about, considering the Rs 7,999 price tag. I clicked photos with and without AI, and the difference is visible. The AI adds a bit of sharpness while making the colors pop out. 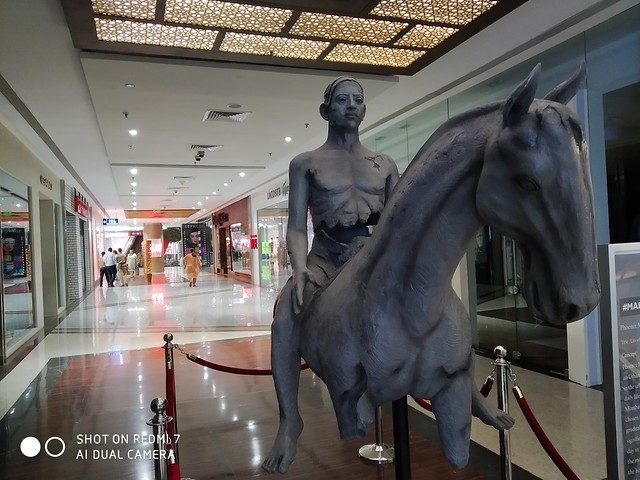 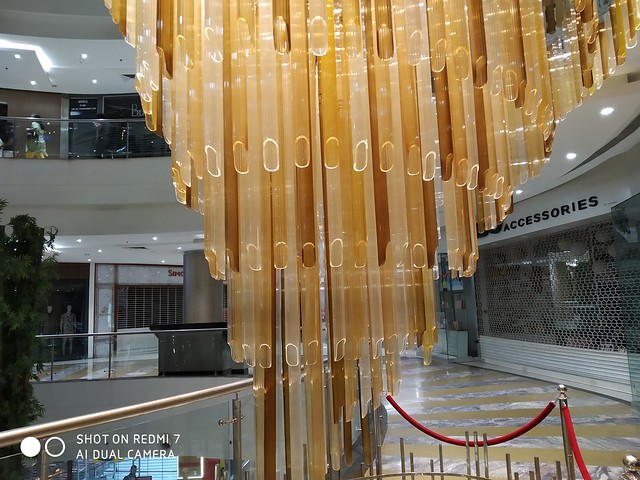 The 8-megapixel selfie camera is also decent where it captures good details. There is AI backed portrait mode too, and it offers good separation between the background and foreground. Below are some samples. 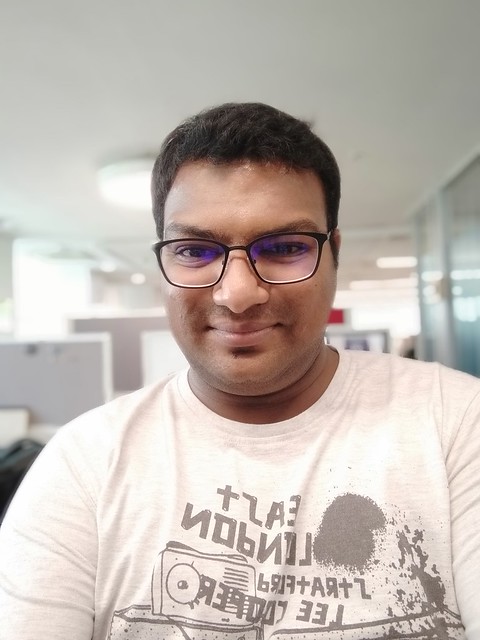 Under the Redmi 7’s hood is a Snapdragon 632 octa-core SoC paired with 2GB/3GB RAM, and 32GB storage. A dedicated microSD card slot for further expansion is also present. The chipset is the same as the one used on the Redmi Y3, and performance is more or less similar. Xiaomi sent us the 3GB RAM variant of Redmi 7 for review.

I did notice occasional slowdowns, especially when a few apps were running in the background. It s meant for budget users who may want a secondary phone, or it could be their first smartphone. Of course, if you need a device capable of heavy duty performance, you will need to shell out more money. But from a basic usage perspective, where you want WhatsApp, some web browsing, social networking on Facebook, Twitter and other apps, or for watching videos, the Redmi 7 is a reliable performer. The 4,000mAh battery lasts more than a day with moderate usage, which is a good thing. Even with heavy usage (mostly surfing internet, watching videos on Amazon Prime and Hotstar), I easily got a day worth battery life with screen on time of a little over six hours. It is what impressed me about the phone.

Should you buy the Redmi 7?

The competition in the affordable smartphone segment is getting tougher, and Xiaomi is doing everything to make its phones appealing to the masses. The Redmi 7 is a good example where you get a good design, long lasting battery and decent camera, three important things that most people look in a smartphone. The performance is also better, and in its price point, there isn t much to complain.

Overall, the Redmi 7 is a worthy successor to the Redmi 6. It is priced at Rs 7,999 for the base model with 2GB RAM, and Rs 8,999 for the higher model with 3GB RAM. The smartphone is available via Amazon India. And for those who can spend a little more, the Redmi Note 7 at Rs 9,999 offers a better deal you get high resolution screen, powerful chipset, better cameras and fast charging support.