If you’re looking for all-rounder phone under Rs 6,000 bracket, the Xiaomi Redmi 7A phone can be the top option on the table. Xiaomi’s Redmi series has made quite a name for its itself in the Indian smartphone market. The phone maker has had a firm hold over the sub-Rs 10,000 space. In fact, Xiaomi recently revealed that it has sold over 23.6 million units of the Redmi A series. The series includes the Redmi 4A, Redmi 5A and Redmi 6A. In just eight months, the company unveiled the successor to the Redmi 6A, called the Redmi 7A. Prices for the new smartphone starts Rs 5,999, and it is available via Flipkart. So is it the worthy successor to the Redmi 6A? Find out in our Xiaomi Redmi 7A review. Also Read - Xiaomi Redmi 7A first sale on Flipkart and Mi.com: Price, Specifications

The Xiaomi Redmi 7A offers mostly generic look. There are relatively thick borders on top and bottom, but on the whole, it’s a well-designed device. The front design is almost similar to the Redmi 6A, but the back design is very much different. There is a very tiny white notification LED light tucked into the top-left side of the screen, which could be a useful feature for many. Also Read - Xiaomi Redmi Note 7 Pro now available on open sale; Redmi Note 7S with exchange offer

A notable change that a lot of people will appreciate is the speaker placement. Xiaomi has moved the speaker from the rear to the bottom side. The rear camera setup is also cleverly designed to look like it offers two cameras, but actually it doesn’t. The budget phone also boasts a splash-proof design that protects it against accidental spills or falls. Lastly, the back of the phone features polycarbonate with matt finish. Also Read - Xiaomi Redmi Note 7 series sales hits 1.5 crore units milestone in just 6 months Talking about the build quality, Xiaomi is quite confident about its new phone. And for the first time, it is offering a two-year warranty with the Redmi phone. The device doesn’t feature a rear fingerprint scanner, which is a fair omission for an entry-level smartphone. But, you do get the face unlock feature for security. Overall, we can say that the Redmi 7A is a compact phone with comfortable ergonomics.

The handset bears a 5.45-inch display that we have seen on the Redmi 6A. The panel operates at HD+ (720×1440 pixels) resolution. It has good viewing angles, but moderate sunlight legibility. The color reproduction is decent as well. You can even increase the contrast of the display by just tweaking the display temperature in the settings.

The Redmi 7A is the first one in its series to pack an octa-core chipset. Under the hood is a power-efficient 12nm Qualcomm Snapdragon 439 SoC, which holds up quite well during regular use. This includes calling, messaging, browsing, and photography. Social media apps, like Facebook and Instagram, work well. The phone is capable of handling day-to-day tasks with minimum fuss. But it takes a few seconds when launching some heavy apps. You might also witness a slight lag. Naturally, you cannot expect an entry-level device to perform like a mid-ranger.

If you want to do basic gaming, it’s got you covered. Light games, like Subway Surfers and Temple Run, ran well. But when you try and play heavy titles, the load times get significantly longer. You will also witness frame drops, but let’s not get there as this phone is not meant for power users. However, the Redmi 7A is a good option for those who are first-time smartphone buyers or want to purchase a secondary device. The device also comes with 2GB of RAM paired with 16GB and 32GB storage options.

The phone ships with MIUI 10 and offers goodies that Google packed into Android 9 Pie. With the company’s latest MIUI 10 skin, you also get Dark mode, which is not system-wide, but looks pretty good. Other nifty features include Pocket mode, Second Space, Dual Apps and more. Do note that you will get Pie’s navigation gestures, but there is no app drawer. The handset also comes pre-loaded with a lot of third-party apps such as Amazon, Facebook, Dailyhunt, Ludo Master, ShareChat and more. You might also feel the presence of the ads in a few areas. However, you can disable them from the settings. The latest phone offers superior rear camera than the Redmi 6A. At the back, there is a 12-megapixel Sony IMX486 sensor with larger 1.25micron pixels. On the front, you get a 5-megapixel selfie shooter. In ideal lighting conditions, the camera performed really well, considering the price point. Colors are punchy and there’s plenty of sharpness in shots, which is impressive. But, you should avoid pixel-peep for details as it is unfair to expect better than this from a budget phone. 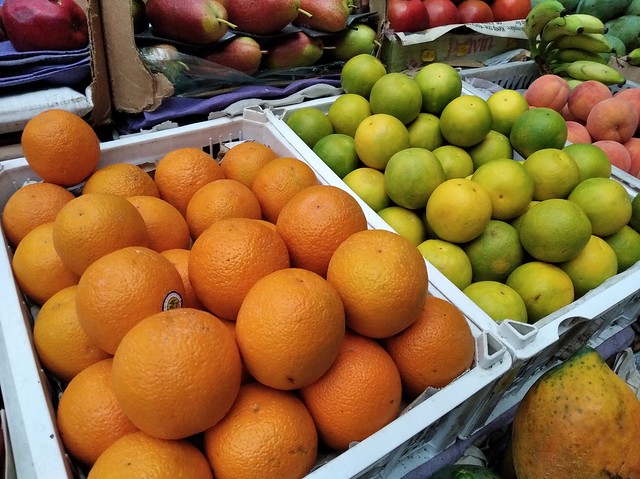 The camera also offers support for features like beauty, HDR, portrait and Pro modes. Notably, the device always takes a few seconds to process photos in HDR mode. The photos captured in low-light were not that great. The shots turned out noisy and lacked details as well as sharpness. Same is the case for indoors. Furthermore, you will get above-average selfies.

Should you buy Xiaomi Redmi 7A?

The Xiaomi Redmi 7A is definitely a big upgrade over the Redmi 6A. The handset offers a refreshing splash-proof design with matt finish. It offers impressive battery life as well as a good camera setup at the back. The performance is decent as well. If you’re looking for an all-rounder under the Rs 6,000 bracket, the Redmi 7A should be the top option. With this phone, you also get good build quality, a solid battery, latest software, better cameras and more. While it is idea for first-time buyers, it also makes for a good secondary phone. If however you crave outright speed and top performance, you can consider putting a few more money and getting the Xiaomi Redmi 7. This phone comes with a price tag of Rs 7,999. The Redmi 7A is priced at Rs 5,999 in India for 2GB RAM + 16GB storage variant. The 2GB RAM + 32GB storage configuration will cost Rs 6,199.