At Rs 4,499, can Xiaomi Redmi Go be number one budget smartphone in India? We find out in our full review. Xiaomi has always kept an entry-level smartphone in India for those who are switching from a feature phone to a smartphone. Earlier we had one of the ‘Redmi A’ models in the low cost segment, and now it has been replaced with the more affordable Xiaomi Redmi Go. It has been priced at Rs 4,499, which makes it the cheapest Android smartphone from Xiaomi in India till date. Last year, the Chinese company took the market by storm with entry-level pricing for 2GB RAM model of Redmi 5A at Rs 4,999, although it was introductory pricing till about 1 million devices, and the later the prices were increased to Rs 5,999. Also Read - Best racing games on Android in 2022: Stylised arcade to fast pace racing sims

This year Xiaomi has gone a step ahead, and partnered with Google to launch its most affordable smartphone, the Redmi Go. The Android Go edition smartphone comes with 1GB of RAM and 8GB of internal storage with tweaked version of Android 8.1 Oreo (Go Edition). Xiaomi says that the operating system is specifically built for smartphones with low RAM and memory configurations, so there would be no problem for a budget user. I got the chance to use the device, and here’s my full review of budget Redmi Go India unit. Also Read - Here's how to share exact location using Plus Codes in Google Maps The Xiaomi Redmi Go comes with a standard 5-inch HD display (720×1280 pixels), which offers aspect ratio of 16:9 with big bezels on top and bottom. Despite that, the smartphone is probably the most compact Android mobile device out there in the Indian market. Xiaomi has used polycarbonate nicely, which also makes the phone lighter and gives you a good confidence about the grip in hands. The back of the phone has been treated with matte finish, so you don’t need to worry about stains or fingerprints. I believe, there won’t be any problem using this device with one hand as it fits nicely because of its compact size, but that can vary with one person to another. Overall, the Redmi Go is a solid product at its price when you talk about the phone’s body.

When we say Android Go, it means a lighter version of the Android specifically built for smartphones with low RAM and memory configurations. In case of Redmi Go, the handset comes with 1GB of RAM and 8GB of internal storage, hence it became a necessity for the company to leave MIUI out. Also under the hood the Redmi Go gets Qualcomm’s entry-level Snapdragon 425 SoC, which is a quad-core CPU clocked at 1.4 GHz. In my usage time, I was fairly impressed with the software-hardware combination of Redmi Go, especially the OS performance. Xiaomi has paired it up with its own Mint Launcher, so you get an app drawer. It does get few preloaded apps from Xiaomi, and some of them you won’t be able to remove. The internal storage is only 8GB, so it would be a good idea to use an external microSD card all the time. The device supports up to 128GB of external microSD card. Additionally, if you will be able to move select apps to external card and it will work as normal.

The best part about the phone is that you get a triple-slot option. which means you can use two-SIM cards (Nano-SIM+Nano-SIM) along with a microSD card. In terms of extras, there is support for over 20 regional languages. You can also use Google Assistant in three different languages (Hindi, English, and Hinglish).

In the photography department, Xiaomi has gone with an 8-megapixel primary rear camera with 11-scene mode detection, Auto-HDR, and LED flash on Redmi Go. For selfies, there is a 5-megapixel camera onboard that also supports Auto-HDR and video calling. Initially, I wasn’t expecting much out of the Redmi Go’s cameras. But, what surprised me were the daylight shots. The primary rear camera captures natural colors and decent amount of detailing for an 8-megapixel shooter. If you can keep the phone steady, and give it a little extra second to focus, you will be happy with the outcome. Having said that, the low-light shots came out grainy and had very little detailing. In all honesty, the phones in sub-Rs 5,000 segment are not meant for photography. But in case you can spend a little extra, Xiaomi’s own Redmi 6A at Rs 5,999 is a better offering than the Redmi Go overall.

For power, Redmi Go phone includes a 3,000mAh non-removable battery. During my usage, I found the battery to be good enough to last a day. The phone has smaller display, and the optimized OS saves a lot of battery over big-screen phones. The Redmi Go offers micro-USB charging with 5V/1A two-pin charger, which will fully charge the phone in about two hours. Check the camera samples in the slideshow below. 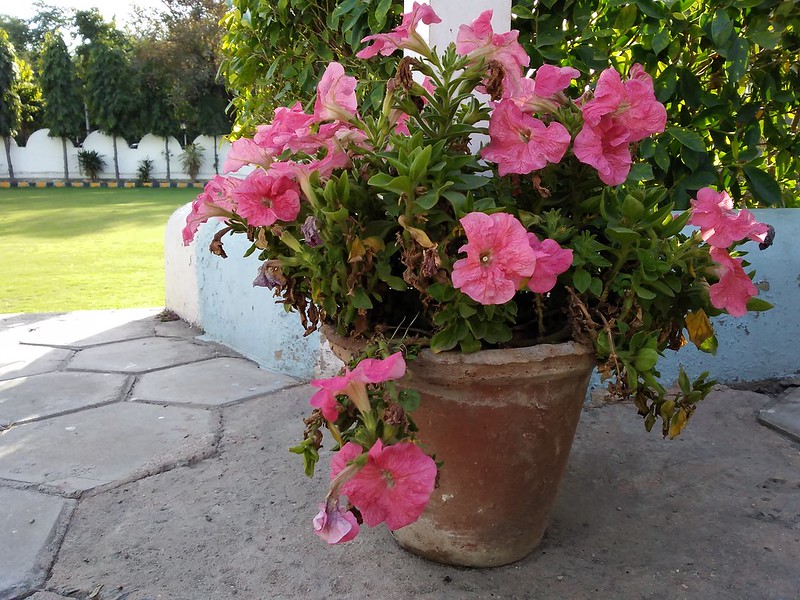 Should you buy the Xiaomi Redmi Go?

In my opinion, any consumer looking to switch to an Android smartphone for the first time should definitely consider the Xiaomi Redmi Go. At Rs 4,499, the handset offers a solid build and an experience straight out of Google’s lab. The handset will fulfill all basic needs of an Android smartphone user with support for WhatsApp, YouTube and more. Consumers looking for a secondary phone can also consider this phone, and they won’t be disappointed either. In terms of performance, the handset manages operations fairly well with optimized Android 8.1 Oreo. It isn’t as smooth as the Redmi 6A, but then 1GB RAM isn’t expected to outdo a superior 2GB RAM phone. In case, you do not have any budget issue, but are looking for a well-balanced entry-level smartphone, then Redmi 6A at Rs 5,999 would serve you better.

Planning to buy a smartwatch? Here are top deals available on Flipkart