Xiaomi's Redmi Note 7S tries to best the Redmi Note 7 with addition of a higher resolution 48-megapixel camera sensor. But is it worth the upgrade or just the hype? Here's our review. Xiaomi recently announced a milestone by selling 10 million Redmi Note 7-series smartphones globally. In India, the Rs 13,999 Redmi Note 7 Pro has been quite popular, thanks to the 48-megapixel camera at the back. The Redmi Note 7 which starts at Rs 9,999, has also been, but a lot of users have expressed that a 48-megapixel camera would have make it a perfect affordable phone. Xiaomi has listened to its users’ feedback, and launched an upgraded model, the Redmi Note 7S. Also Read - Realme 3 Pro Review: David takes on Goliath

The Redmi Note 7 family shares the same design language, and the changes come in terms of internal hardware. The front of the Note 7S is dominated by a 6.3-inch Full HD+ display running at a resolution of 1080×2340 pixels, and 19.5:9 aspect ratio. Also Read - Realme 3 Review: One for the budget fans There’s a dot notch (waterdrop style notch) above the display which has the selfie camera module and other sensors. There are thin bezels surrounding the display, but overall, you get a nice screen-to-body ratio. The frame is made out of plastic, but it has a shiny metallic finish to it, and the rounded corners make it comfortable to hold. The one thing that distinguishes the Redmi Note 7S from its competitors is the glass back with Corning Gorilla Glass 5 protection. Competitors like the Samsung Galaxy M20, Galaxy A20, and Realme 3 Pro to name a few, come with laminated plastic that looks and feels like glass. This makes the Redmi Note 7S feel premium. Connectivity wise, you get the 3.5mm headphone jack on the top, and a USB Type-C port at the bottom. The hybrid dual-SIM card slot is on the left which is a little disappointing as competitors are offering dual-SIM tray, and a dedicated microSD card slot. Xiaomi has also included P2i coating making it splash resistant, but mind you, it’s not water resistant so don’t dunk it in water. Otherwise, there isn’t much to complain about the Note 7S on the design front.

Let me get straight to the point. I know you are interested to know more about the 48-megapixel camera performance, so, I’ll start with that first. Firstly, while the Note 7 Pro uses a 48-megapixel Sony IMX586 sensor, the Note 7S relies on Samsung’s GM1 sensor. The sensor has a wide aperture of f/1.8, and the sensor size is 1/2-inch (0.8um). and it supports PDAF instead of dual pixel auto-focus. The primary camera is accompanied by a 5-megapixel secondary depth sensor for portrait mode effects. Now, with the specs out of the way, let’s talk performance. I know a lot of people get excited thinking of the higher megapixel count, but I would like to reiterate the fact that it’s just a number. Higher megapixel doesn’t necessarily mean better. By default, the Redmi Note 7S clicks photos in 12-megapixel resolution, and it uses 4-in-1 pixel binning technique. The outcome? Day-light photos look good with enough sharpness and details being preserved. Colors look good too. However, I’m not impressed with the low-light photos, where the details are missing. 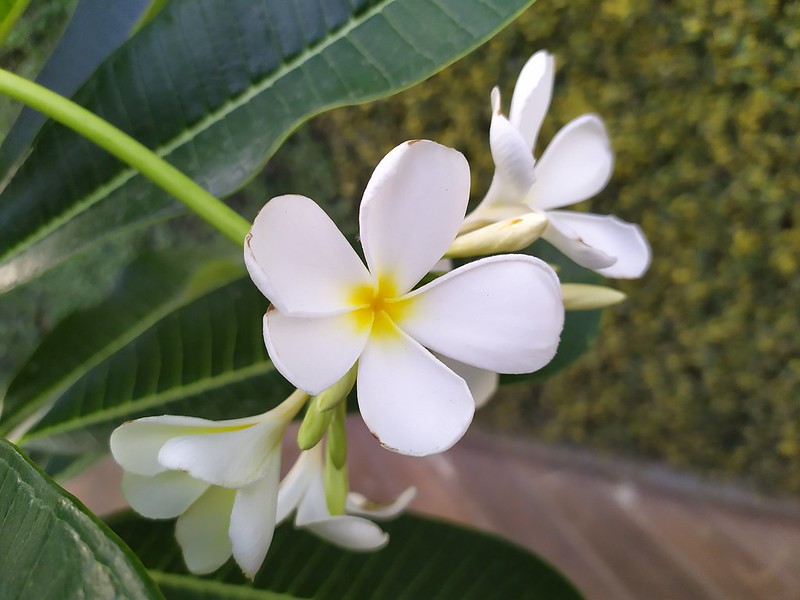 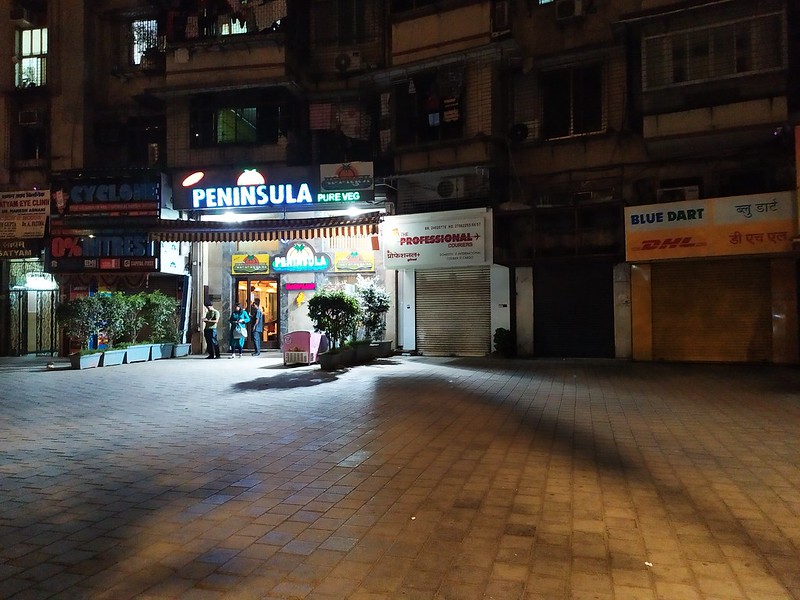 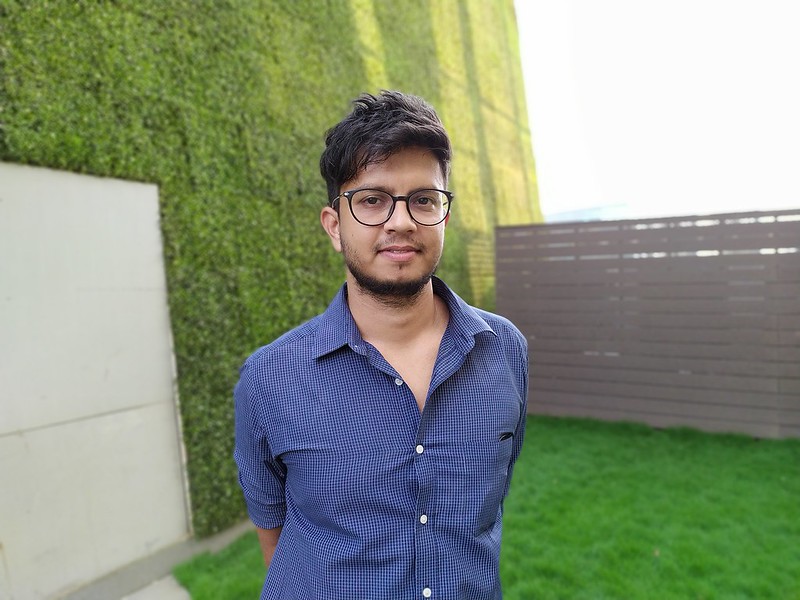 There is an AI mode with scene detection too, which after activating offers a little boost to the colors. If you want to take advantage of the 48-megapixel sensor and click full 8000×6000 resolution pictures, you’ll need to manually activate the mode from the top bar. You’ll need to tap on the hamburger menu on the top right, and then tap on 48-megapixel. While default photos are about 4MB to 6MB in size, the 48-megapixel resolution eats up more space, varying 12MB to 16MB per photo. 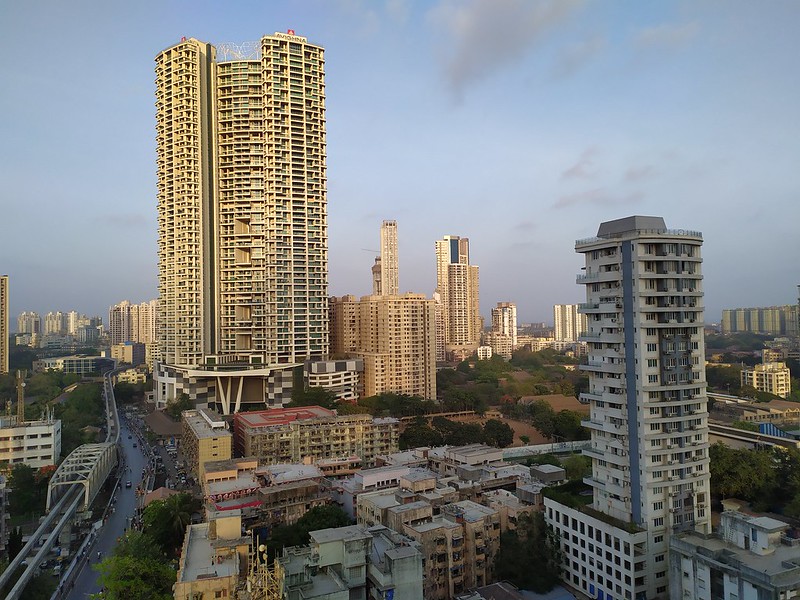 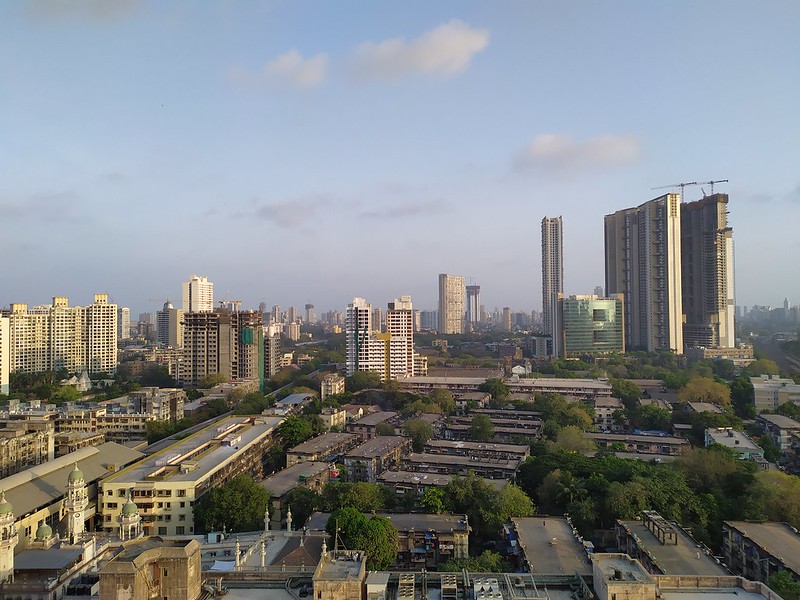 But then, despite being the USP, the 48-megapixel photos don’t look that great as you would expect. You would expect that extra level of sharpness and details, but that isn’t really the case here. I’d say the photos look marginally better compared to the 12-megapixel ones. Up front, there is a 13-megapixel selfie snapper with f/2.0 aperture lens. It is capable of capturing good selfies. There is AI portrait mode, which works well in keeping the subject in focus and background blurred. 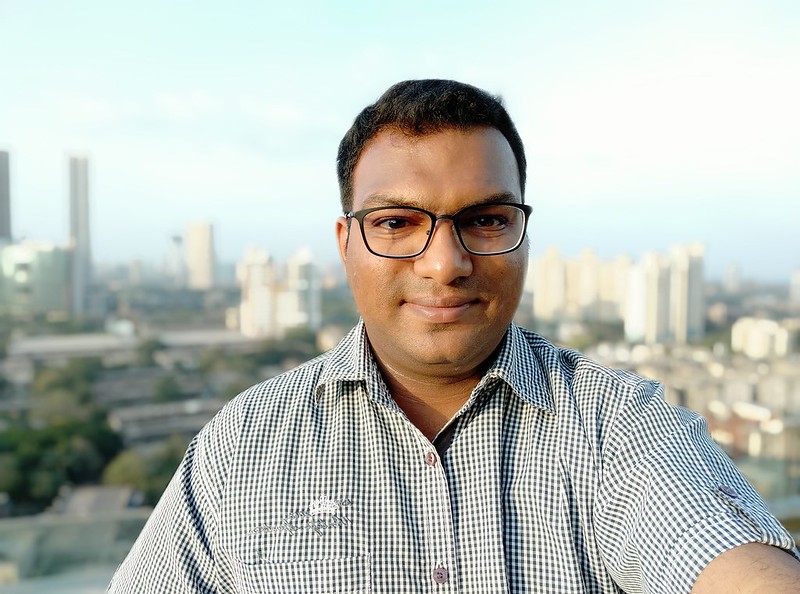 The Redmi Note 7S draws its power from the same Snapdragon 660 SoC as the Redmi Note 7. Paired with 3GB/4GB RAM options, the hardware is pretty capable in offering good performance in its price segment. In my one week’s usage, I didn’t face issues handling the basic tasks such as internet surfing, using social media apps and even playing games.

Switching between apps or Chrome tabs was seamless, and some credit can also be given to the OS optimization. I was able to play PUBG on medium settings without any issues, just that after playing continuously for 25 minutes, I noticed the back getting slightly warm. In terms of software, the Redmi Note 7S runs Android 9 Pie with MIUI 10.3.5 skin on top, and it is much-improved custom UI compared to previous iterations. Problems with spammy ads are still there, and Xiaomi has said they will work towards improving on that front. There are some preloaded apps such as ShareChat, Opera Mini, DailyHunt, Opera News, Amazon Shopping, Facebook and Netflix, but the good part is you can uninstall them. The phone runs on latest May 2019 Android security patch, which is impressive, and you also get Widevine L1 support, meaning you can watch Netflix and Amazon Prime content in HD resolution.

Lastly, talking about battery life, the built-in 4,000mAh battery is good enough to offer usage of over a day and half on moderate usage. Even with heavy usage, you can still get through the working day, easily. There is USB Type-C port and support for Quick Charge 4. But Xiaomi bundles 10W standard fast charger, and if you want 18W speed, you’ll have to spend a little to get the charger. Should you buy the Xiaomi Redmi Note 7S?

The base model with 3GB RAM and 32GB storage is priced at Rs 10,999, whereas the 4GB RAM with 64GB storage model is priced at Rs 12,999. And unlike the Redmi Note 7 and Note 7 Pro, the Note 7S is available to buy in open sale from Flipkart. The fact that you don’t have to wait for the flash sale is something that could really work in its favor. The 48-megapixel photos are a little disappointing, but otherwise, the phone offers a good value for money proposition.

There are alternatives that you can choose too. For instance, the Asus Zenfone Max Pro M2 with 5,000mAh battery, near stock Android is a good option. There is also Realme 3 and Realme 3 Pro in the price range, but you’ll have to wait for the sale date to buy one. Samsung’s M20 is also a good option, and its easily available to buy from Amazon India. And, in case you are looking to try the product and buy offline, the Galaxy A20 could be a good alternative too.