Xiaomi Redmi Note 9 review: A good phone, but not a better deal than the Note 9 Pro After the Pro and Pro Max variants of Xiaomi’s Redmi Note 9 series saw the light of day, it was only a matter of time before the brand launched the base Redmi Note 9. The reputation of Xiaomi’s entry-Note-series device has been clear for years now. This phone is not meant to compete with the cut-throat upper mid-range products where Xiaomi has other variants. Instead, the Redmi Note 9 is meant for people who are moving from budget to mid-range devices for the first time. It also caters to those who simply want a balanced overall experience without spending big bucks, that after a recent hike, have become even bigger. Also Read - Xiaomi Redmi Note 9 with MediaTek Helio G85 SoC goes on first sale today: Check price, full specifications

Starting at Rs 11,999, the Redmi Note 9 comes in as a pricier device compared to its predecessors. This is not a more expensive device by the brand, but a GST hike means the phones you could once buy for Rs 9,999 now costs a bit more. With the pricing of the entire segment going upscale, here is what we think about the Xiaomi Redmi Note 9. Also Read - Redmi Note 9 Pro Max Review: Is this Xiaomi's maximum smartphone in the sub-Rs 20,000 price segment?

The Redmi Note 9 from the front looks nothing different from a lot of other phones in the segment. There are narrow bezels, a slightly big chin, and a punch hole for the front camera on the top left. The volume buttons and power key are on the right, and the SIM tray is on the left. Up top is an IR blaster with a secondary noise cancelation mic, and below the phone is a 3.5mm headphone port, a USB Type-C port, the primary mic, and the speaker grille. Also Read - Xiaomi Redmi Note 9 Pro Review: Best smartphone under Rs 15,000? The back of the phone carries the design aesthetic of the Redmi Note 9 Pro and features that square camera module which has four sensors. However, the placement of elements here looks all over the place and even ruins the symmetry. Instead of the rear-mounted fingerprint being a separate entity, it is now made to look like it is a part of the camera module, with the black rectangle of the module extending downwards to now include the fingerprint scanner. However, the LED flash, which should have been a part of the module, is awkwardly placed on the right. The Redmi Note 9 Pro and Pro Max included this flash in the rectangular setup, we wished this device took that approach too. The Redmi Note 9 still has the good looks, the tactile buttons, and mostly an overall rugged feel. However, the plastic back does end up looking like a downgrade coming from the glass back of the Redmi Note 8. Our unit also made a small creaking sound when we pressed in towards the left of the camera module, below the flash. We however feel this is likely an issue with our unit only.

The Redmi Note 9 features a 6.53-inch LCD screen with no high refresh rate. The screen has an FHD+ resolution and is protected by Corning Gorilla Glass 5. A TUV Rheinland low blue light certification means the phone will comparatively be less damaging to your eyes in long usage ours, especially at night. The screen has good viewing angles, looks crisp and vivid. There is 450 nits of brightness, offering satisfactory outdoor visibility. There is even a scratch-resistant coating that comes pre-applied on the phone, meaning you can stay worry-free about small scratches right from the moment you unbox the phone. Overall, this is a good display panel in for the price and doesn’t leave us wanting more.

The Redmi Note 9 still runs on MIUI 11 on Android 10 but has a planned upgrade to MIUI 12 soon. While MIUI does get its share of criticism, and for good reason, it still is one of the better custom skins out there. While the feature-rich MIUI interface does feel like it weighs down the phone slightly at times, there are a bunch of handy tools, customization options, and settings that are really useful, practical and make a lot of sense of the end-user. Special features like the dedicated Game Turbo mode, quick replies, and a dedicated privacy section are still there, among many other similar examples. An easy to grasp UI makes MIUI good for new smartphone users as well. With respect to the banned Chinese apps situation, Xiaomi has also claimed that the company only makes use of definitions from Clean Master, and not the app itself, adding that all collected data of Indian users have and will remain in the country itself. The Redmi Note 9 features a quad camera setup on the back. The primary 48-megapixel lens captures decent pictures. The software processing is great and pictures have a slightly vivid feel to them. While these vibrant pictures look punchy, they aren’t the most accurate colors. However, details were not that great with the default mode. On the 48-megapixel mode, colors looked a little more natural and details were what you’d expect from a 48-megapixel shot. Pictures with the ultra-wide-angle sensor were wide as expected and featured decent color accuracy. Details were what you’d expect from an 8-megapixel sensor. The macro sensor also took great pictures with close focusing, however, you will need ample lighting to take good shots. The depth sensor does provide good edge detection while taking those portrait shots. Check out our camera samples below. 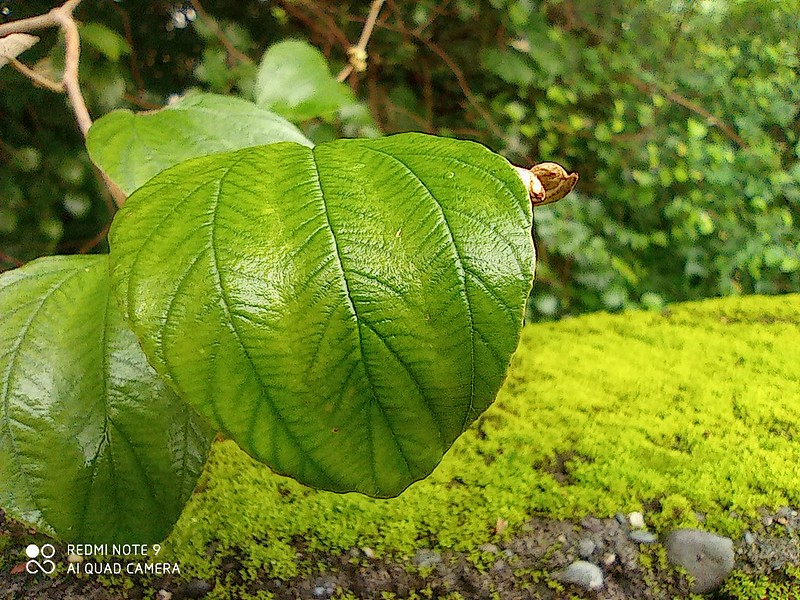 The Redmi Note 8 was a decent performer but lacked the boost required in gaming scenarios that the Redmi Note 8 Pro offered. This was largely due to the Snapdragon 665 chipset which was a decent lower-mid-range chip, but not meant for too many apps and graphics-intensive gaming titles. The base Redmi Note 9 changes that by not settling in for a Snapdragon 600-series device, instead opting for the MediaTek Helio G85 and Mali-G52 MC2 GPU. Being comparable to the Snapdragon 665, there isn’t a lot of benefits that are noticeable. Day-to-day tasks still feel light and effortless and you can still hold a few apps in the recents without them refreshing in the background. You will notice the boost when gaming, however, as heavy titles like PUBG Mobile will finally offer HD graphics, which was not possible on the Redmi Note 8. You can play at up to Ultra frame rate when the graphics are set to smooth or balanced. However, if you choose HD graphics, you will have to play at high frame rates, instead of ultra. We also saw the device quickly get hot when gaming on HD graphics. We can’t necessarily complain about this at this price, but we’d stick to balanced graphics to get optimum performance.

Amidst the many small improvements over the Redmi Note 8, the single most important in our eyes is the bis 5,020mAh battery with support for 22.5W fast charging on this device. The battery life is great here. The phone lasted through a day of heavy use without requiring top-ups and this included a few calls, videos, and a few gaming sessions. With light use, this easily can be a 1.5-2 day phone. Moreover, support for 22.5W charging means that the Redmi Note 9 doesn’t take too long to charge that big battery completely.

The Redmi Note 9 is a good phone. It is not perfect, especially due to a design that we feel could have been better, but shines in areas like battery life, display quality, and snappy day to day performance. Without the hike, it would be a fantastic device at Rs 9,999. But to answer the tough question, is it a phone you should buy for Rs 11,999? Well, yes, but this isn’t an easy yes.

Even considering the price hike, the Redmi Note 9 base variant is easily shadowed by the Note 9 Pro, which costs Rs 2,000 more and comes with the same storage configurations. If you absolutely cannot add that extra budget, then this phone is worth the money. If you want to get a balanced performance for the price, the Redmi Note 9 is a good option. That being said, it offers nothing spectacular apart from excellent battery life. Hence, also consider other phones at the same price, like the Realme Narzo 10, which offers a slightly toned down processor but more storage at Rs 11,999, depending on what your priorities are.