The Redmi Y3 is a budget selfie smartphone with a 32-megapixel snapper. But does the high-resolution front camera translate into better selfies? Xiaomi debuted the selfie-centric smartphone, Redmi Y1, in India with a 16-megapixel front camera in November 2017. Seven months later, the company introduced the Redmi Y2 with improvements such as 18:9 HD+ display, more powerful SoC, dual rear cameras, among others. And recently, Xiaomi launched the Redmi Y3 at the same starting price as the Redmi Y2, Rs 9,999. Also Read - Redmi Note 8 (2021) coming soon? It could be an upgraded Redmi Note 8

The new Redmi Y3 comes with an upgraded selfie snapper, better back cameras, even powerful SoC, bigger battery and a better display, to name a few. In line with the latest design trends, you also get laminated back that looks and feels like glass. Will all the new upgrades, and better 32-megapixel front camera sensor, does the Redmi Y3 make for a good purchase? Let s find out. Also Read - Redmi Watch first look: Here's a closer look at Redmi's first smartwatch

Compared to the Redmi Y1 and Remi Y2, the Redmi Y3 comes with a refreshing new design. It now embraces the laminated plastic at the back, with gradient finish which looks pretty striking. The frame is made from plastic, have metallic finish, and come with rounded corners for better grip. The back is curved towards the edges, and is relatively thicker than the Redmi Y2. The front is dominated by a 6.26-inch HD+ display, and there is a tiny dot notch on top, which is Xiaomi s iteration of waterdrop notch. The screen is vivid, has good color reproduction, and is bright enough to view under direct sunlight. Talking about buttons and ports placement, you have power button and volume rocker on the right, the triple slot (two nano SIM and one microSD card) on the left, microUSB at the bottom and a 3.5mm jack on the top. There is also an IR blaster on the top that lets you use the phone as a remote control for your TV, AC, audio system, and more. For authentication, there is a physical fingerprint scanner at the back, and it is pretty quick. There is face unlock as well, and it works as expected. The only struggle I noticed was in low-light conditions where it took a few seconds to authenticate and unlock. Now, let s first talk about the USP of the smartphone, the 32-megapixel selfie snapper. It s a big upgrade from the previous generation model, which came with a 16-megapixel sensor, there is a small catch though. By default, the smartphone clicks selfies in 8-megapixel resolution, and you can toggle to capture at 32-megapixel resolution. Xiaomi is smartly using 4-in1 Super Pixel to capture details. But how good is the quality?

Well, selfies shot on the Redmi Y3 definitely look good considering its price tag under Rs 10,000. The high-resolution sensor captures good details, but I did notice some graininess as you start zooming in. Low-light photos looked better, and 4-in1 Super Pixel does help to reduce the grain. 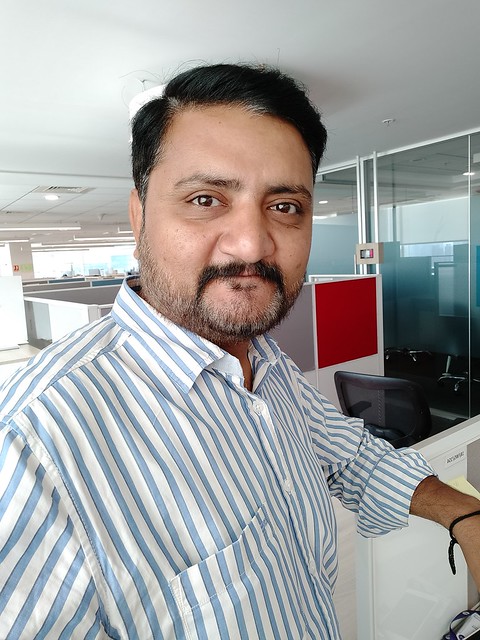 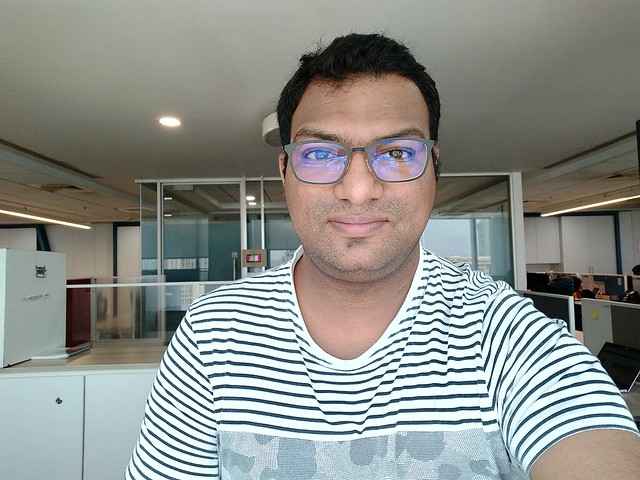 At the back, you have a dual camera setup comprising of a 12-megapixel primary sensor, and a 2-megapixel depth sensor. The camera is a decent performer, as you can expect from a phone in that price range. There is AI mode as well, and it is very helpful in low-light where it helps in reducing grain and capture brighter, sharper pictures. Here are some sample shots. 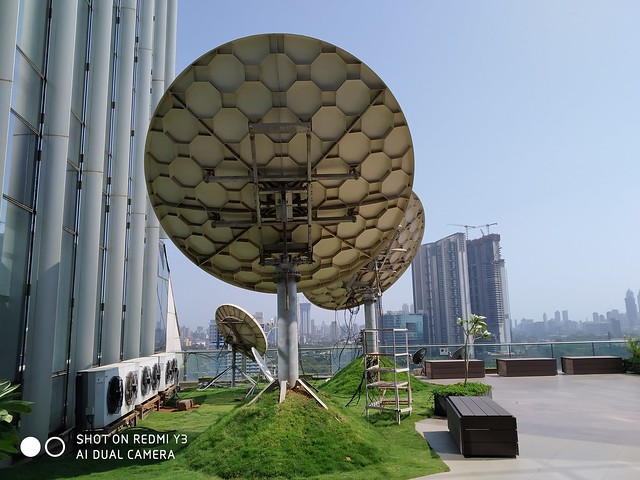 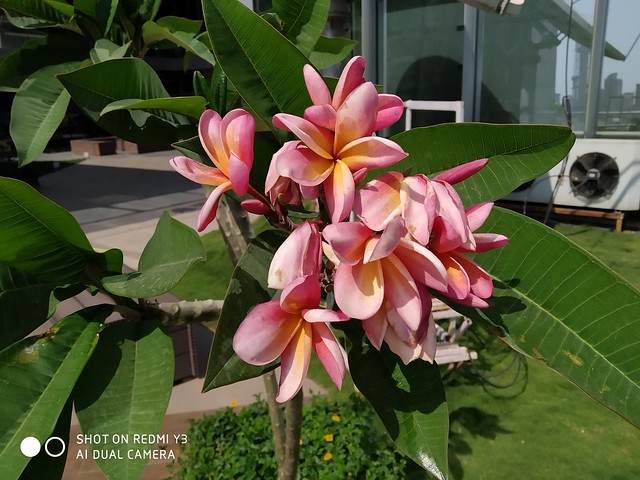 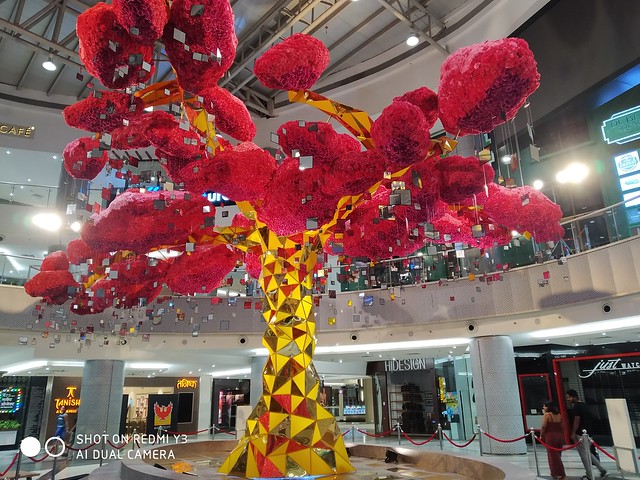 Another upgrade in the Redmi Y3 is the chipset bump from Snapdragon 625 to Snapdragon 632. While both chipsets are made on 14nm process, the Kryo 250 custom cores on the Snapdragon 632 SoC offer 40 percent performance improvements as per Qualcomm. The chipset is paired with 3GB/4GB RAM, and 32GB/64GB storage. I had the 3GB RAM with 32GB storage model for review, and during my one-week usage, I didn t come across many issues.

Basic tasks like using social networking apps, and web browsing were handled without any issues. And some credit also goes to the Android 9 Pie based MIUI 10 ROM, where Xiaomi has worked hard to ensure a smooth experience. You ll feel the struggle when running intense apps and games. Take PUBG for instance, it runs on default low-graphics setting and while most of the times the frame rate is smooth, it suddenly drops for a couple of seconds.

A few times when some apps were running in the background, the phone would become unresponsive. But it happened on rare occasions and wasn t a constant problem. I noticed that the UI froze when Xiaomi apps were showing ads, like when using the Music or Video app. Even the lock screen with changing wallpapers was causing freezing issues. After disabling ads and the lock screen (wallpaper carousal), unlocking was a bit faster. You can follow these tips to get rid of ads on your Xiaomi phone. The battery life on Redmi Y3 is pretty good. The smartphone comes with a 4,000mAh battery along with a standard 10W charger. It takes about two hours and 40 minutes to fully charge the battery, but once charged, you won t need to worry about charging again for the day. On a weekend, with minimum internet access, barely checking my emails or chatting with friends on social media, the battery lasted for more than a day and a half.

Should you buy the Redmi Y3?

The Redmi Y3 is priced at Rs 9,999 for the base model with 3GB RAM, and Rs 11,999 for the model with 4GB RAM. For the price, the Redmi Y3 is a good upgrade over last year s Redmi Y2. You get a better and refreshing design, an efficient chipset, and more. The selfie camera and dual rear cameras are good for a smartphone in this price range. It also offers a good battery life. I only wish Xiaomi would have gone with a slightly better chipset. Even the low-light performance of the cameras could have been better.

Overall, the Redmi Y3 is a well-rounded package under Rs 10,000. But consider it if you are more into selfies. Otherwise, I d recommend the Redmi Note 7, which also starts at Rs 9,999, and comes with a better and more powerful Snapdragon 660 SoC, a full HD+ display, USB Type-C port, fast charging and more.

There is also the Realme U1, which is Redmi Y3 s closest competitor and comes with a 25-megapixel front camera. After the recent price cut, the base model is available for around Rs 10,500, and you get a full HD+ display, a better chipset, among other features. The Asus Zenfone Max Pro M2 is also a good alternative in that price point. It does not feature a high-res selfie snapper, but is a good overall budget phone, and you can read our review here.